Why Visiting New York Should Be On Your Bucket List

New York City is a city that is idealized. Up on a pedestal, many people dream of visiting New York because of how glamorous and fun the media makes it seem. The question is, how legit are those preconceptions? Well, New York City is everything that the media makes it out to be. It is loud, extravagant, expensive, and fun. There are cultural aspects and unique experiences that you cannot get anywhere else.

The variety of cultural and novelty food places is innumerable. Because New York is a melting pot of people and ethnicities, the range of restaurants and grocery stores that exist cover nearly every culture found with the borders of New York City. On top of ethnic foods, in New York City one can also find a surplus of novelty food places. From a shop that sells edible cookie dough to an alcohol ice cream shop, there is a plethora of unique places to try. There is even a pickle festival that happens downtown every year where everything, and I mean everything, is pickle flavored (even chocolate truffles)!

Not only does New York have more than 70 different art museums and sculpture parks, but it also has many free standing sculptures. Central Park alone has over 100 throughout its 843 acres! While the sculpture parks and free standing sculptures are mostly outside, the museums all exist indoors so regardless of season, there is so much at to be seen. Even in the winter, walking around the city just to get to and from one place to another, it is very likely to see free standing sculptures. Many street corners proudly display works of art, for example, the famous LOVE sculpture by Robert Indiana (which can be found at the corner of W 55th Street and 6th Avenue). This particular sculpture happens to be very close to the Museum of Modern Art so it is easy to fit one in when going to see the other!

Besides art museums,  New York City has a plethora of science, history, and cultural museums. The various museums that New York has to offer is amazing. Some of the most popular ones are the American Museum of Natural History, the Intrepid Sea-Air-Space Museum, and the Ellis Island Museum. But there are so many more that people just are not as familiar with. There are ethnic and religious museums such as the Japan Society and the Jewish Museum. There are entertainment museums such as the Museum of Illusions and Museum of Sex. Museums can be found all over the five boroughs so doing some research into which peak your interest is highly recommended when visiting New York. 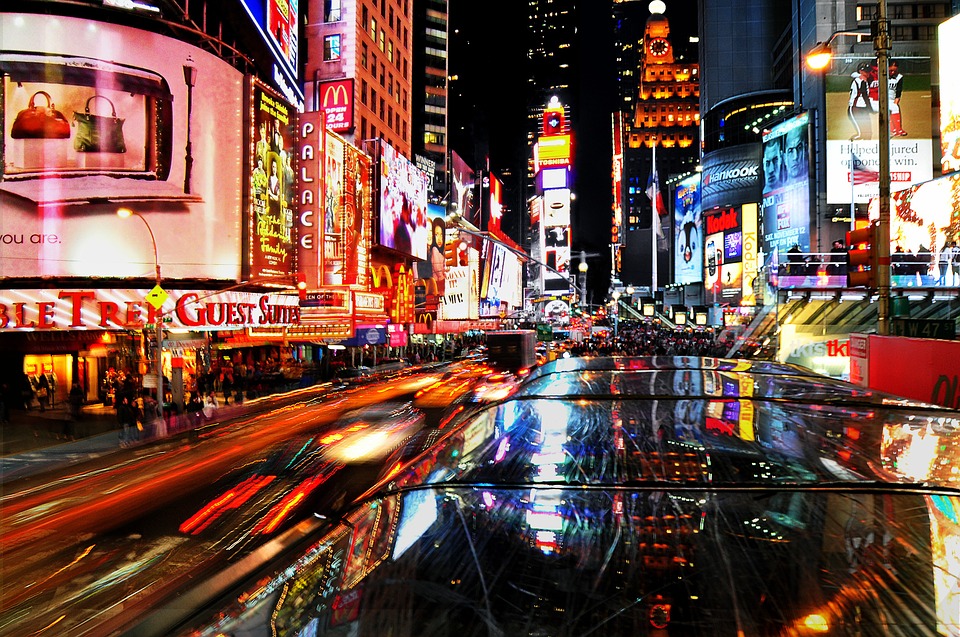 Originating in the 1700’s, Broadway is still one of the biggest attractions in New York City. Everyday there are a myriad of different shows that anyone can see at a moments notice. Besides the many the Broadway itself has, there are so many shows also performed Off-Broadway and other small theaters that offer productions for all to see.

It is true that New York does not have much greenery due to its urban setting, however, there are several parks and gardens that are lovely to see in the spring, summer, and fall. Honestly, even in the winter they can still be beautiful! Central Park, of course, is the most prominent park in New York City and is a lovely place to explore. The New York Botanical Garden and Brooklyn Botanical Garden are both large areas that grow beautiful species of plants all year round. Plus, they each also offer special exhibitions that expand from their normal collections. Both gardens also hold special events and classes that are fun to attend, too.

New York City has a lot of unique qualities that you will not find anywhere else. The action and excitement is contagious. At any time of day there is plenty to do. Honestly, it would take months to explore every single thing that New York City has to offer. For a relatively small area of land, New York City packs a lot in and enables its inhabitants and visitors to experience so many awesome things.

Largest Aquariums Around The World