Why Vitamin D Helps with Fatigue and Depression: If you experience frequent fatigue or depression when it’s cloudy outside, you are missing vitamin D. Nicknamed the “Sunshine Vitamin,” Vitamin D is actually produced naturally in the body after you expose yourself to sunlight. But because people tend to stay inside a lot due to work, many are lacking sufficient amounts of the vitamin. Living in a northern climate where the sun is less present is also a cause of low vitamin D levels. Vitamin D is necessary to help with bone growth, absorbing calcium, and building new cells. It is also thought to prevent serious diseases like cancer, heart disease, diabetes, and boost people’s moods.

Vitamin D was discovered when a researcher named Elmer McCollum tested cod liver oil where vitamin A had been removed. Originally thought that vitamin A was the reason dogs sick with rickets had been cured. However, McCollum’s new experiment in 1922 showed that it was something else. He named it vitamin D because it was the fourth vitamin to be labeled using the letters of the alphabet. A year later, a biochemist was able to increase the presence of vitamin D in foods by using ultraviolet light. He patented the irradiation technique, which was vital in eliminating rickets in humans in the United States. Throughout the 20th century, more discoveries about vitamin D were made, and its connection to sunlight revealed. 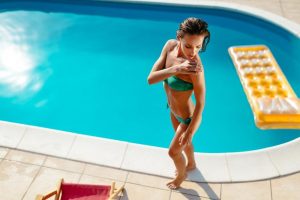 Why Vitamin D Helps with Fatigue and Depression: The easiest way to get more Vitamin D is to spend some time in the sun

The easiest way to get more Vitamin D is to spend some time in the sun. Thirty minutes of sun exposure at least twice a week should raise your Vitamin D levels. The problem is you risk getting burned, and even getting skin cancer. Unless you work outside or live in a very sunny climate where just going about your day equals thirty minutes twice a week, sunbathing for vitamin D isn’t a great idea. Luckily, you can get Vitamin D in the form of supplements or certain foods. Vitamin-D heavy foods include canned tuna, beef, cheese, milk, egg yolks, and cod liver oil. Doctors can test for the amount of vitamin D in your system. If you suffer from low energy and feel weak a lot, ask to have a blood test.

How to Get a Closed-Off Person to Open up?