Why You Could be More Dehydrated During the Winter?

Home » Healthy Lifestyle » Why You Could be More Dehydrated During the Winter?

However, it’s important to remember that winter is just as dehydrating as hot sunny days during the summer. It’s even possible that we are more dehydrated during the cold winter.

Why We Might be More Dehydrated During the Winter?

Psychology plays an important role here. We often connect sweat with water. If we sweat more we psychologically tend to drink more water and this is not as conscious as you might think for most of us. Also, unconscionably we tend to drink less water during winter since we don’t tend to sweat as much as we do during a hot summer day. The urge to drink water is not there as much as it is during summer. 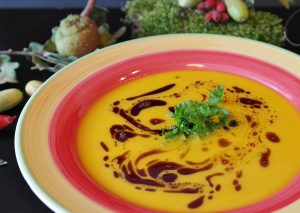 It’s safe to say that most of us don’t sweat as much during winter as we do during the summer. The catch is that this doesn’t mean that we are not losing liquid during winter.

During winter dehydration has a different role than it does during summer. Yes, when we go out in January we might not sweat as much as we do when we go for a walk on a sunny afternoon in August. What we tend to forget is the indoor environment during winter. During winter there is way less humidity in the air than during summer. When you turn on the heat during the winter months, the heat creates an environment in your house where all moisture can be sucked out of your body and your skin loses more water than it would be indoors on sunny days.

How often do you wake up during winter with your skin dry, chapped lips or even scratchy throat? This is the result of heating in a closed environment and this is why it’s important to stay hydrated during winter.

How to Stay Hydrated During Winter?

The obvious way is to drink water and then drink some more. We shouldn’t drink water only when we are thirsty. If you drink water only when you are thirsty you are already dehydrated. The question that we often ask is how much water we should be drinking? 8 glass of water? Well, the exact number depends on, and it highly differs for, each one of us. Your weight is closely related to how much water you need. Again, that can change if you exercise more than an average person your weight or if you are following a dehydrating diet.

Winter is a great time to stay hydrated by drinking teas or eating hydrating foods such as soups. We all tend to eat more soups and drink tea during winter than we would during summer. It’s important to remember that this should be our daily habit during cold days of winter. If you are already having a soup don’t forget to add veggies that will hydrate you even more.

You can become dehydrated at any time of the year. However, we should pay more attention to hydration during winter since we often forget about it. During summer we are more likely to be caring about drinking water with us wherever we go. While during winter we think there is no need for extra hydration. Also, remember if you are not sweating that doesn’t mean that your body is not losing water so make sure you have liquids within reach at any time.