You’d be hard pressed to find someone who doesn’t enjoy at least catching some of the annual Westminster Dog Show, which is held February 11-12. Every year, thousands of dogs strut their stuff in front of judges, and if they win in their categories, the final seven move on to compete in best in show. It was the 143rd year for the show, making it the second-longest continuously held sporting event in America. The first is also animal-related: it’s the Kentucky Derby.

But, back to dogs. The seven categories are: Terrier, Toy, Working, Sporting, Non-Sporting, Hound, and Herding. Each type has a specific description and standard that competing dogs are judged against. For example, according to the American Kennel Club’s standard, a terrier should be “alert, quick of movement, and keen of expression.” This is because they were bred to hunt foxes, which are very fast, smart animals. Pomeranians, which are part of the toy group, should also be alert, as well as “buoyant in deportment.” If that means bouncy, my dog Yoshi definitely fits the bill. To see how your dog measures up (though let’s be honest, all dogs are perfect), check out the breed standards on the American Kennel Club website.

This year, it seemed that all was business as usual until just before the Best In Show round. Officials announced that Colton, the schipperke who won the non-sporting group, was not going to be able to compete for Best In Show. The 2nd-placer would also not be eligible, so only six dogs would be in the running for the top spot. There was apparently a conflict of interest. One of Colton’s owners (show dogs usually have a handful of owners) explained that the Best in Show judge Peter Green had a “distant working relationship” with another of Colton’s owners. At other shows, it’s not too unusual for a dog to be disqualified for whatever reason, but it is for the Westminster. If Colton had been allowed to compete and won, he would have been the first schipperke ever to take home the Westminster Best in Show. 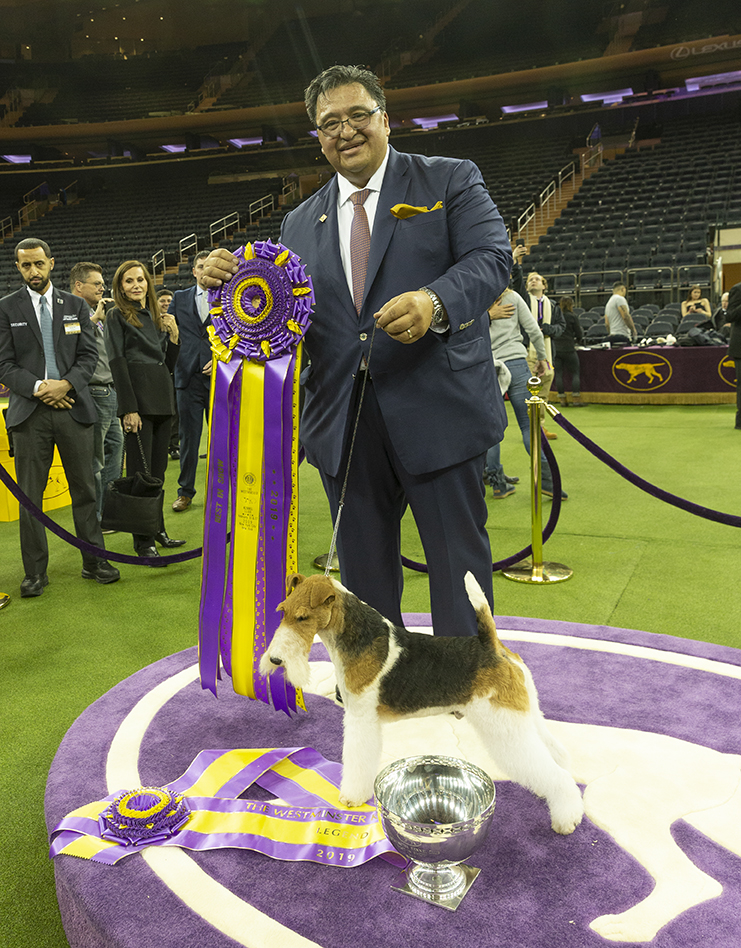 The king is crowned

With the issue taken care of, judging began for the remaining six dogs. The winner? King, the wire fox terrier. The terrier category has won 45 out of the 103 Best In Show awards given since 1907. King is the 15th wire fox terrier to win Best in Show over the club’s history, making that specific terrier breed the most awarded.

King is seven years old and according to Peter Green, he’s in “perfect condition.” Terriers frequently do very well in competitions because they are outgoing, but not vulnerable to stress. They seem to enjoy the attention. Bono, a Havanese, took home second place and Burns, the long-haired Dachshund, won third. Burns won 26 Best in Show titles at other dogs shows, but the Westminster prize remained elusive. Havanese and Dachshund breeds have never won Best in Show. Other dogs who have never won? Golden retrievers, Dalmatians, Chihuahuas, and labs. Maybe next year one of these breeds will make history.

Want to take your dog for a hike? You need to bring the right stuff for them, just like you need to remember to bring things for yourself. Here are some important do’s and don’ts.

The History of the Emoji