WNBA Second Half a Compelling Watch for Basketball Fans

Photo: Minnesota Lynx vs Las Vegas Aces at Target Center in Minneapolis, MN on June 1 2019; the Aces won the game 80-75.

A true basketball fan knows that their favorite sport didn’t end with a parade through mid-town Toronto. That was just the first half of what is an overlapping two-act passion play. The WNBA second half gets underway this week, and Gildshire found four storylines that make this season an exciting one.

Most sports leagues hire a commissioner before they hire anyone else, but the WNBA has worked through four “presidents” on the way to strong leadership. Cathy Engelbert is the former CEO of Deloitte, but she made her public debut as commissioner during the All-Star festivities in Las Vegas.

“We are going to take the W to the next level,” Engelbert said. “I truly believe that we are at an inflection point in society where women’s sports and quite frankly women’s leadership are at the forefront, and honestly, it’s time we give these elite athletes the recognition they deserve.”

The NBA post-season takes months to complete. It’s an epic played out across the country as multiple seven-act events. The WNBA second-half leads to a different kind of fast-paced story. Eight of twelve teams make the post-season, but the bottom four square off in a one and done mayhem. The survivors play the well-rested third and fourth-ranked squads in another single-game cliffhanger.

“What happens to the top two teams?”

They rest their weary bones as the chaos unfolds. The top teams will have home-court advantage in a best-of-three semifinal round. Right now, seven teams are within 2.5 games of the top seeds. So, every night of the WNBA second half becomes crucial to a team’s chances in the playoffs. Conceivably, a team could be in a position to host a second-round playoff game, only to lose one game and miss the playoffs. 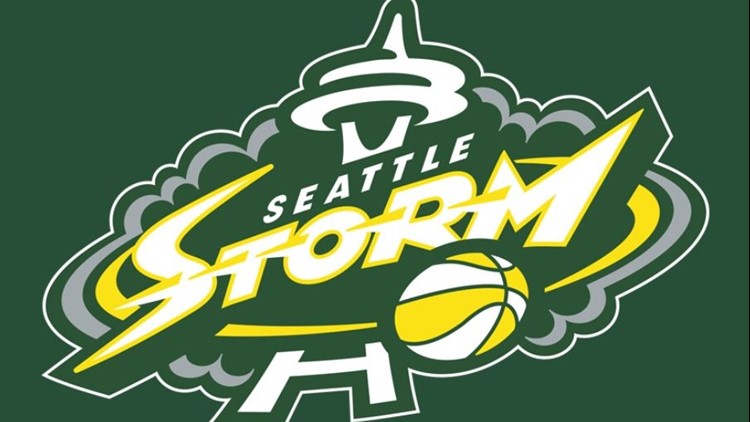 The defending champs hope to use the WNBA second half to defend their crown.

Basketball fans in Seattle will never get over losing the Sonics to Oklahoma City. However, they have become the WNBA’s most rabid fan base in their support of the defending champion Storm. But, reigning WNBA and Finals MVP Breanna Stewart tore her Achilles tendon. Knee surgery hobbled 11-time All-Star Sue Bird. Head coach Dan Hughes was diagnosed with cancer. Still, the Storm brings the rain. They are 12-9, currently sixth in the standings. They continue an unlikely playoff trek in a 2018 Finals rematch this Friday night against Washington. NBA TV will be there.

The WNBA may have hit the jackpot when it comes to Las Vegas. The Entertainment Capital of the World has had professional basketball for less than two years, but it has already become a hotbed. Rave reviews were bestowed upon the city for its All-Star weekend, and at 13-6 (and 6-1 in their past seven), the Aces are poised for a playoff push to rival the Vegas Golden Knights’ playoff run in the NHL just two seasons ago.

“From the outside looking in, (a deep playoff run) has always been expected for our team,” veteran reserve Tamera Young told Sam Gordon of the Las Vegas Review-Journal. “If we play together and keep pushing together, then great things will happen.”

Those are the stories that Gildshire will be watching during the WNBA second half. It should be an exciting ride and a thrilling playoff season to follow.

All The Marvel TV Shows (So Far)