Home » Healthy Lifestyle » The Worst Christmas Presents You Can Give!

‘Tis the season to be jolly, fa-la-la-la-la” and all that. This is the time of year that ice skates twinkle, carols are sung, nog is gulped, and trees are trimmed. The Currier and Ives images fairly boggle the mind. What a great time of year, amirite? Well…yes…kinda. The problem is, the gifts! Don’t get me wrong, I love to get gifts, and I love to give them, as well. “Then what is your problem, you ask?” Have you ever seen someone pretend to like a gift? Yes, it is excruciating. Truth told many of us have been there. The tight smile, and the slight stammer. Actually, it wasn’t slight at all. “Hamana-hamana-hamana (gulp), thanks???” That’s why we, guilty, but willing to learn from our mistakes, at Gildshire put the worst Christmas presents you can give. We included what these gifts actually say. That’s so you NEVER FORGET!

1. Exercise Gear: This one should be self-explanatory as a worst Christmas presents list item, but some folks need to have it spelled out. No matter your intentions, giving exercise gear says “You’re fat! Back off the Krispy Kremes and lose some of that tonnage, Lardola! 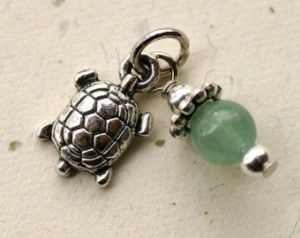 2. Fertility Charm: We didn’t even know this was a thing until we saw it given just last year. We thought it was a turtle and a glass Japanese fishing float. Apparently, it is supposed to help a young couple bring about a bouncing bundle of joy. In fact, it is the kind of pressure no one should have to endure. It says, “Just in case your fish are incapable, here’s this.”

3. Socks: Come on! You’re better than this. No matter how cute or hobby-appropriate these are still footwear that isn’t shoes. They say, “I didn’t think your gift was worth taking the time to think about.”

4. Hoverboard: This was actually on the good list last year. That was before the government recalled thousands of them because folks were landing in the E.R. with broken whole bodies. This gift says, “Go ahead and fall down for my pleasure.” 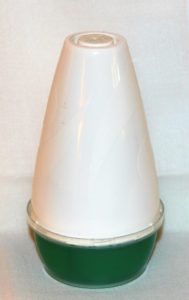 Some gifts are a little too pointed.

6. Air Freshener: A candle says the gift-giver respects how much class and debonair is possessed by the gift receiver. An air freshener, on the other hand, says “You may not notice the cat box smell but I do.”

7. The Wrong Charity Donation: The right cause donation can be a thoughtful gift, but be oh so very careful. Make sure the donation is not only in the recipient’s wheelhouse but is a via a charity organization they admire. Otherwise, your gift mostly says, “I gave to something that is important to me, but I did it in your name. It may not do anything for you, but I feel great!”

8. Souvenirs From Your Vacation: Rule of thumb: If they didn’t go there, why would they want a picture of it on their refrigerator in magnet form? At best, it will be the first thing to go the next time they clean the refrigerator. At worst it says, “Remember when I went to Lake Tahoe and you didn’t? Boy that was great!” 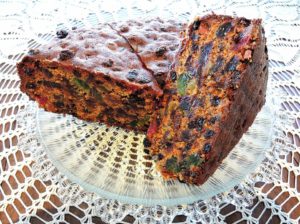 Only cake in the technical term and surely one of the worst Christmas presents ever.

9. A Fruitcake: Rumor has it there are only about six fruitcakes in existence, and they are just being shipped around the country to members of the family. Some say a double-rum fruitcake is tasty, but why not just send the rum, thereby skipping the gross candied Maraschino cherries and whatever those little green things are. What does a fruitcake gift say? “I can’t decide whether or not I like you, but I’m leaning toward ‘no.’

10. Wrinkle Cream: “Here’s something for those ten miles of bad road between your ears.” Come on! 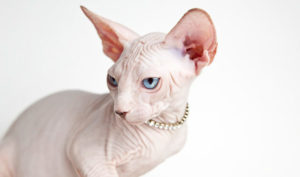 Probably the worst Christmas gift ever.

11. Pets: A pet for a gift sets the recipient up for years of maintenance, care, and feeding. Some people aren’t pet-type people, and that’s okay. Especially avoid the semi-scary pets like lizards, Gila monsters, and hairless cats. *shudder*. A gift of a pet says, “You have too much time on your hands. Here’s some poop.”

12. Food, If the Recipient is Sitting There With You: Even if she admired the same gift, given to someone else at an earlier time.

Happy Holidays! May the worst Christmas presents be neither given nor received, by you.