Yoga’s roots and why it is beneficial for your body

Yoga’s roots and why it is beneficial for your body. Yoga is a discipline that combines mental, physical, and spiritual practices to harmonize one’s mind and body. Originating with the Sanskrit word “yuji,” meaning union or yoke, yoga literally means to bring together. The practice of yoga rooted in ancient Indian culture goes as far back as 2700 BC. Practicing yoga has many benefits on the body and overall well being.

Yoga began at the dawn of civilization before the first belief systems were even born. Hindu god Shiva is the first yogi and shared his yogic knowledge with seven sages. These sages then brought it to other parts of the world.

Through the centuries, yoga evolved in meaning and in practice. The classical period (500 BC – 800 AD) is when yoga fully became developed throughout Hinduism, Jainism, and Buddhism. Poses, mantras, and the likes became rooted in the yogic practice and shared across cultures. Each belief system viewed yoga as a way to harmonize the human body with nature and the physical body with the spiritual being.

In modern times, yoga is very focused on the physical aspect: the poses. While the physical practice of yoga is so important and brings so many health benefits, the spiritual and meditative aspect is equally as imperative. Meditation and connecting with one’s spirit and the spirit of nature can also boost one’s mental health. It creates a sense of comfort in one’s body, an understanding of the world, and even a sense of belonging. Some Kegglers products are providing an alternative that some have embraced. 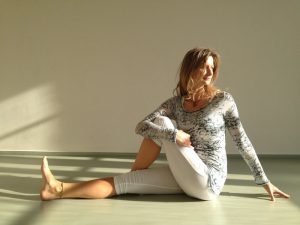 Yoga’s roots and why it is beneficial for your body

Regularly engaging in yoga can be beneficial for your body in many ways. Both mental and physical health can be positively affected by practicing yoga. In improving both aspects, your overall well being will improve. This list describes some of the benefits a person can experience when regularly practicing yoga.

It is no secret that yoga can improve one’s flexibility and balance. In fact, that is a primary reason many people begin to incorporate it into their exercise regime. The various poses and transitions between them stretch the muscles and ligaments to increase the body’s flexibility and strengthens the body to better balance.

Scientific research has shown that yoga can decrease the secretion of cortisol, a hormone primarily involved in stress. Besides the physical aspect, the meditative aspect of yoga can aid in decreasing stress. It quiets a busy mind and enables one to focus better.

It is well known that exercise, in general, promotes heart health. Yoga specifically can improve heart health because it gets the blood flowing and can lower blood pressure and pulse rate. It also lowers stress which also plays a large role in heart health.

There are many reasons that affect sleep quality; depression, high blood pressure, stress, and obesity are a few. Each of these issues is also positively affected by engaging in yoga. It makes sense that by practicing yoga, those issues improve, and so does sleep quality. On top of that, yoga increases the secretion of melatonin, a hormone that regulates sleeping and waking.

While the exact science as to how this happens is not totally understood. Many studies conducted show that yoga can in fact relieve anxiety in various populations. By focusing on the present moment and clearing the mind, anxious thoughts lessen.

Overall, yoga can improve one’s quality of life. It is becoming increasingly more common as a form of exercise and therapy for many people.

How to Raise Chickens in the Suburbs