You Will Exercise Better If You Have a Partner

From exercising, working on a project to cleaning the house and taking a vacation, most things are better done when you have company. When it comes to exercising it can be challenging to find a partner. You must have the same or similar fitness level, same or similar goals and of course your schedules must match. The result of not finding a gym partner is many people in the gym are exercising alone.

If you could manage it, finding a partner would really help push you to meet your fitness goals. Plus, it will be more fun and less painful when you have company.

A team of researchers from the UK published a study in 2017, about weightlifters. The study was published in the Journal of Strength and Conditioning Research. Researchers asked 12 experienced lifters to bench press a barbell loaded with a moderate amount of weight until they couldn’t hold it anymore. Lifters repeated the task three times with two minutes of rest between each set. The lifters did the test twice, three times in a row. Once they did the test with people standing on each side looking at them and the other time lifters could not see if anyone was watching them lift and they did not have any support in case they drop the weights. 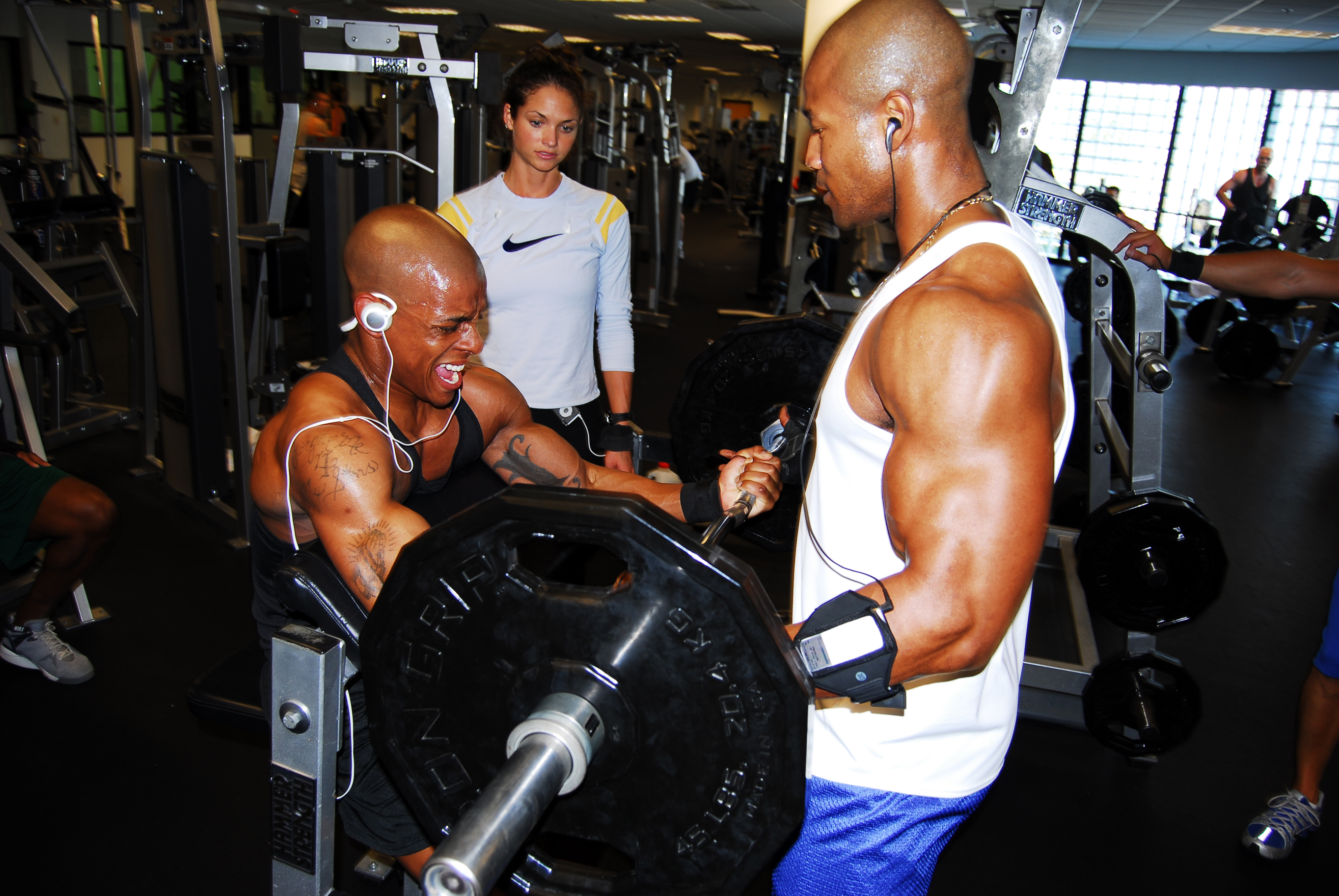 Get a Fitness Partner!

The results were as you would expect, the volunteers could lift more weight for a longer time when they had an audience watching them. From the other side, even though they lifted for less time when they couldn’t see the audience, they reported that they worked harder to lift.

This makes some sense because spotters were also there to keep them from hurting themselves so maybe they did not want to risk if no one was there to catch the bar in case it falls. However, if you look at other studies there is more to it.

During a workout, your body releases endorphins which is natural pain relief and they enable you to work even harder. In 2010, a group of researchers from Oxford University had 12 athletes working out on stationary rowers analyzing their pain tolerance by placing a blood pressure cuff on them and pumping it until they felt pain. The athletes who worked in teams actually worked much harder than those athletes who worked alone.

According to the Kohler Effect, people in groups tend to work harder than alone to avoid being the weakest link in the group or in other words to avoid bringing a group down. This phenomenon plays an important role in exercising. If people are asked to hold a plank position for as long as they can or to ride a stationary bike, the will do it for much longer if they have a partner who is somewhat fitter than they are. Why? They don’t want to be the weak link.

Furthermore, even if you hang out with people who are fitter than you are and who are more active that will make a big difference to your exercising game. According to a study published in 2016, in the journal Obesity, people lost more weight if they had a partner or a group of people who had the same goal as they did. Also, seeing people online achieving fitness goals can lead to better results for those who are just observing another person’s success.

If you want to lose weight or have a better workout game, all you need is a partner. Maybe a best friend or maybe just an acquaintance from work. Anyone who has the same fitness goals as you do will help you achieve them and you will help your partner achieve their goals.