There is success, and then there is a lasting success. Gildshire knows that the two are barely related. Success is Dexy’s Midnight Runners singing, “Come on Eileen,” or Terry Jacks singing, “Seasons in the Sun.” Lasting success is Frank Sinatra’s “My Way,” and The Beatles, “Hey, Jude.” A lasting success moves with the times, advances the conversation, and gains respect through continued excellence. That is Zang Toi, and the influence he has had on the fashion industry for the last three decades. Zang Toi celebrates his 30th anniversary with a dazzling fashion show and a brilliant post-show soiree’. 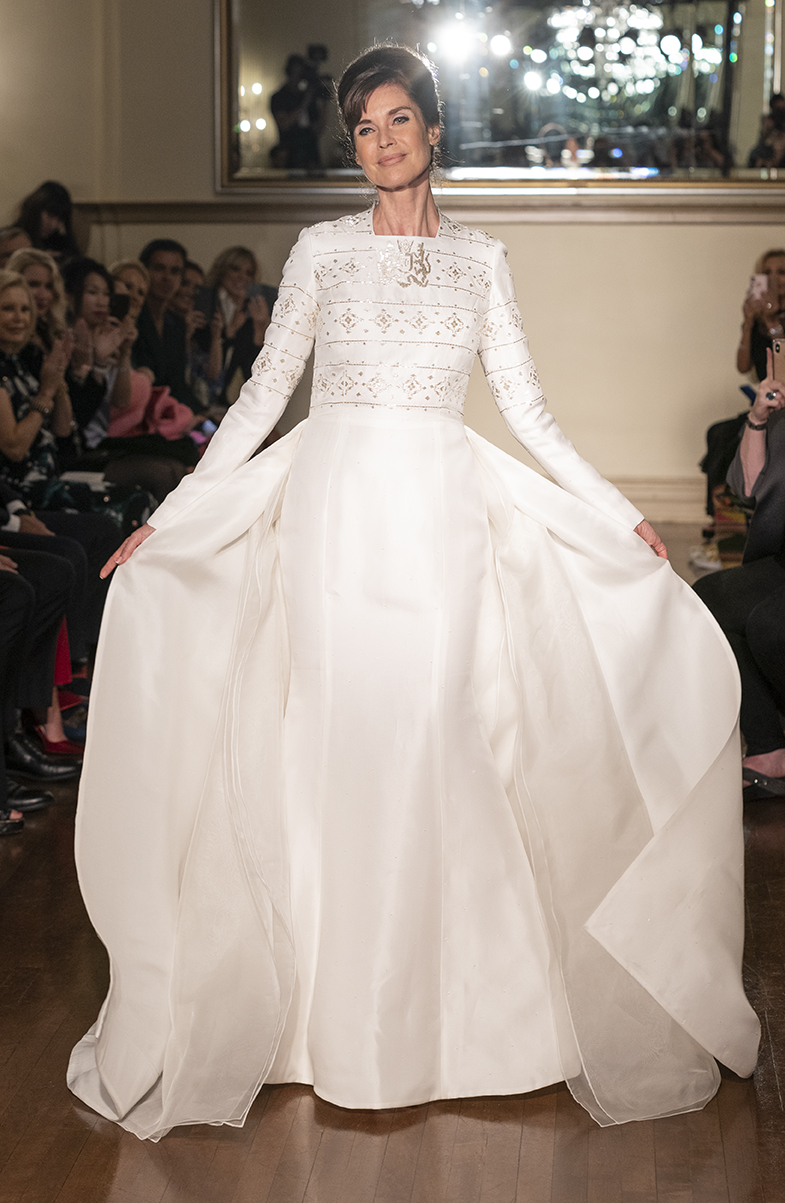 First a bit about Zang Toi, the man.

“I’m the baby, gotta’ love me.” The baby in the family is often imbued with courage and a drive to create. That’s what they say about the youngest in a family, and it applies to Zang Toi. Leaving parents and six older siblings behind, Toi left his home in Malaysia at 20 years old.

Did he have a rich uncle? Was he a trust fund baby?

In fact, he hit the road with a whole $300, but with a fire that burned as a consuming passion. While someone with his wit and intelligence could have succeeded in almost any field, fashion was his playground, and he was dominant in it. In fact, it was Zang Toi’s sister who suggested he channel his penchant for drawing into a career in fashion design.

A stint at the Parson’s School of Design gave Zang Toi a grounded foundation, but it was his own instincts and initiative that brought the House of Toi into existence in 1989. The fashion industry was never to be the same, and everyone who wears clothes can be grateful for his gift of design, and sense of style. Nowhere is that sense of style more apparent than in his personal choice in clothing. Often splashed with bright colors, Zang Toi recalls his Malaysian upbringing in his style. When asked about the brightness of it all, he says, “Hot pink is the navy blue of India.” 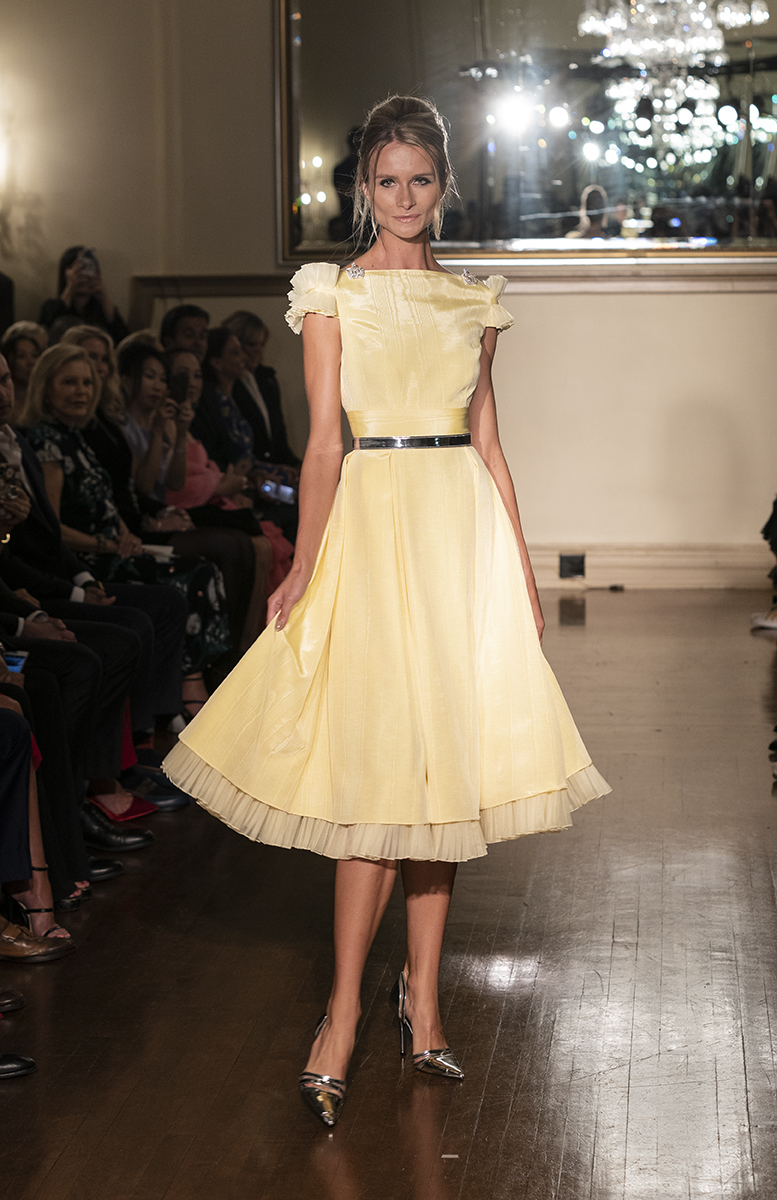 Zang Toi at 2019 New York Fashion Week. Aka, “What about this year’s line? I can’t wait any longer!”

And so you shall not! Luminaries of stage, screen, and politics gathered beneath the throbbing lights at 3 W. 51st St. on Manhattan’s Upper East Side. Usually, that’s where the Women’s National Republican Club meets, but on this night it was Zang Toi’s showplace. Toi regaled the crowd with capes, touches of floral, and enough diamond brooches to light the night sky. The models were styled with high chignons, reminiscent of Audrey Hepburn at the height of her powers. Even the music was pleasing to the ears. There wasn’t a trace of the ear-splitting aural assault that accompanies so many runway shows. It was as if Zang Toi himself designed the orchestral pieces to blend with his fashion choices. And, it “was as if” that way because it was true. 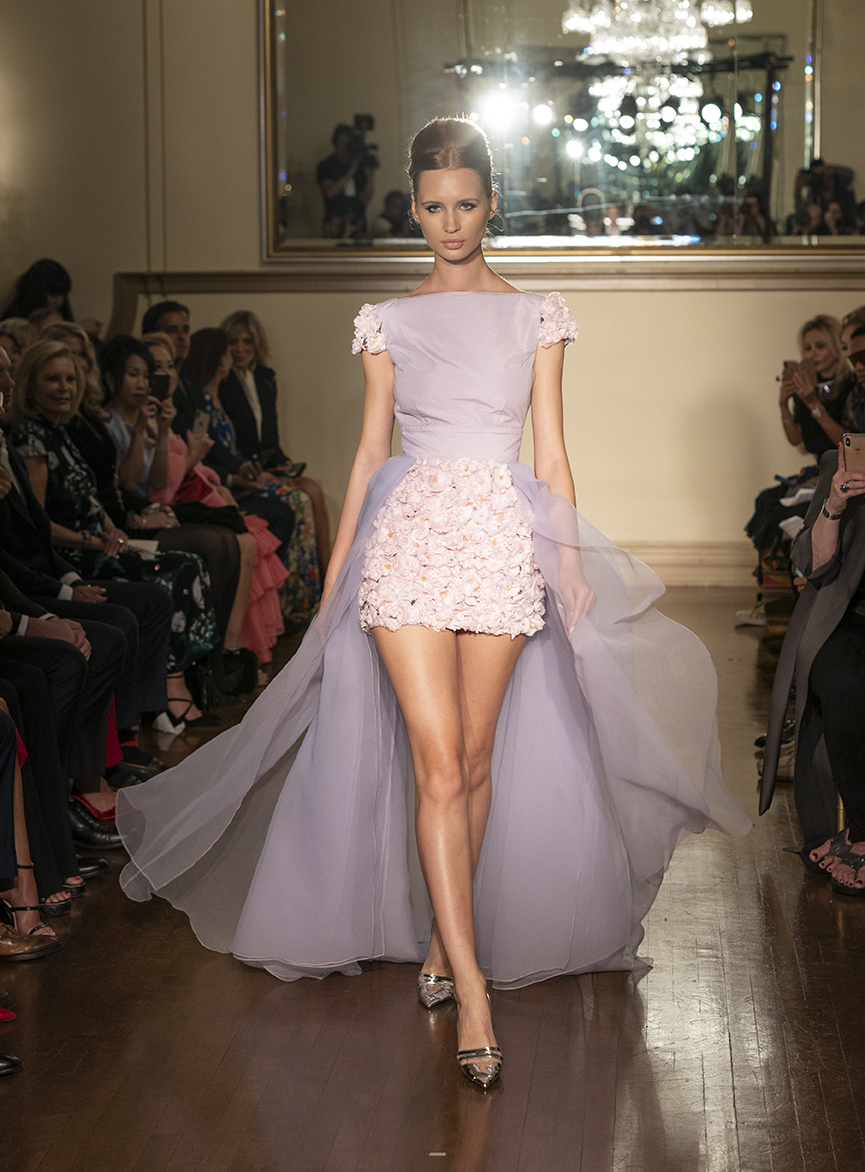 The collection, thirty pieces strong, reflected what we love about Zang Toi, but also went some subtly different directions. His collections are renowned for cut, color, and fabric, but often play down blatant sex appeal. Not so this time! No, sirree! The looks were sexier than we have grown to expect with daring miniskirts, micro dresses, and necklines plunging to infinity and beyond. The crowd’s response was appreciative throughout, and gasping a few times. Suffice it to say that this Zang Toi show lived up to expectations, and more.

What was the best piece of the night?

Boy, that is a hard one. It would be easier to pick five or seven. But, pushed into a corner, Gildshire chooses the princess wedding gown with silver hand-beading. Or, maybe it was because iconic beauty Carol Alt wore it so well.

Zang Toi celebrates as his line turns thirty. He’s looking good for today, and even better for the future.

The Saga of Dungeons And Dragons