Glamorous designer New York Zang Toi showcased his skill of weaving classic fashion with a modern twist once again at Fashion Week with his special Spring 2019 collection. The show was a mix of modern ready to wear and sophisticated high fashion that delighted the audience and solidified his place as New York’s most respected designers who delivers quality and elegance every year.

Seated front row were Donald Trump Jr. along with girlfriend Kimberly Guilfoyle and former stepmother Marla Maples. Toi made a political statement with patriotic songs such as “This Land Is Your Land” and “Take Me Home, Country Roads”, it was a refreshing tribute to America and the achievement of the American dream which Toi clearly exemplifies.

Zang Toi immigrated from Malaysia to the United States 38 years ago and now is a force to be reckoned with in the fashion world, not afraid to showcase his love for his adopted country. 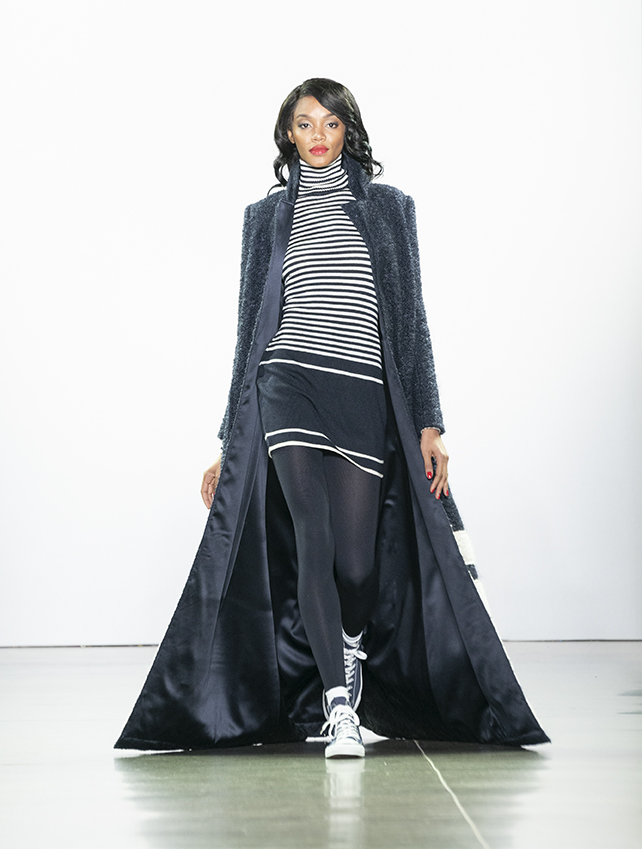 The red, white and blue collection included a gown with a stars-and-stripes bodice and train as the final look, and many all-American classics along the way that celebrated conservative style; pieces that can be worn confidently this season and for years to come because this is what classics are all about, and Zang Toi does conservative classic style like no other!

The show was even more poignant as the designer celebrated the achievement of his American dream, and this was a significant and bold statement in this political climate because Toi is an immigrant who made his dreams come true in New York, and as the song goes, if you can make it here, you can make it anywhere! Toi attended the prestigious Parsons School of Design in New York and in 1989 opened his own atelier. 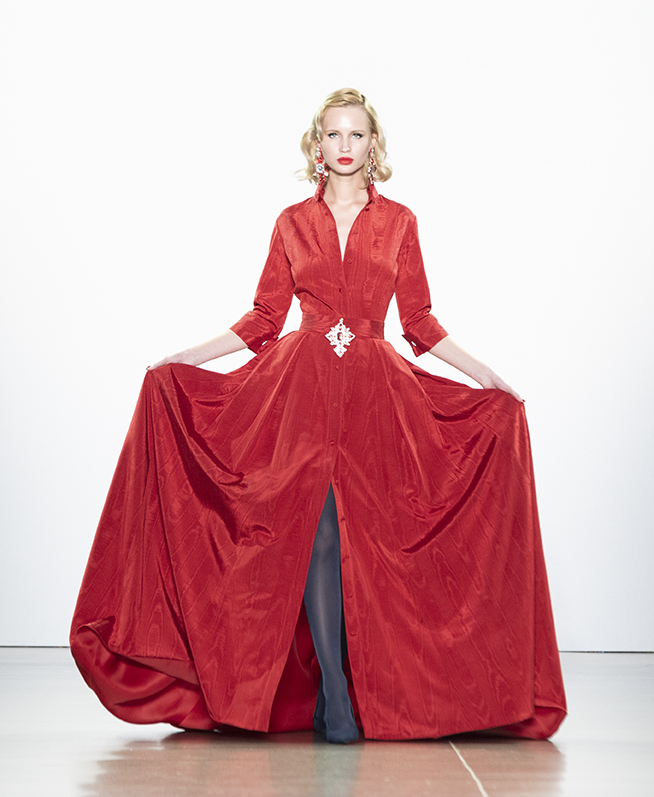 This special collection also felt like an empowering showcase of feminine style that celebrates women, beauty and glamour. The evening gowns were striking and alluring, a throwback to the hey-day of unapologetic glamour. The days when showing up in a red dress with red lipstick at a party was expected, celebrated and highly admired.

Zang Toi knows how to create looks that will make women step into their feminine power, and unlike some designers today, Toi is not afraid to stay true to his trusted style and clean lines, keeping his brand consistent and conservative throughout the years.

At the end of the show, 57-year-old Toi stopped to shake hands with Donald Trump Jr. and Kimberly Guilfoyle, and his other high profile guests whose presence definitely made front page news and helped publicize this patriotic show.