Green in the city is becoming more common these days, and we aren’t talking about paint. Urban gardening is taking off as concerns about sustainability and food security spreads through society. You’ll see restaurants growing tomatoes on their roofs and lining the walls with herbs in containers. How do vertical gardens work exactly? Can you make your own?

While it was long gone before photographs were possible, the Hanging Gardens of Babylon are the first example of vertical gardens. From texts, we know that the gardens consisted of a series of tiers with a wide range of plants, trees, and vines, so that the whole structure looked like a mountain. The Western world never achieved landscaping to quite that standard again. It wasn’t until 1938 that we see a patent for a “vegetation-bearing architectonic structure and system,” but Stanley Hart White, a professor of landscape architecture, just built some prototypes and stopped. Then Patrick Blanc came along, and vertical gardens changed forever.

A botanist by trade, Blanc began his career by earning a Ph.D in Natural Sciences in 1979 and specializing in tropical plants. He had always loved gardening, however, and as a teenager he developed a vertical garden in an attempt to filter water for his aquariums. In 1986, he created an indoor vertical garden in Paris, the first of its kind, and everyone after him looked to his designs. By 2004, vertical gardens were hot. 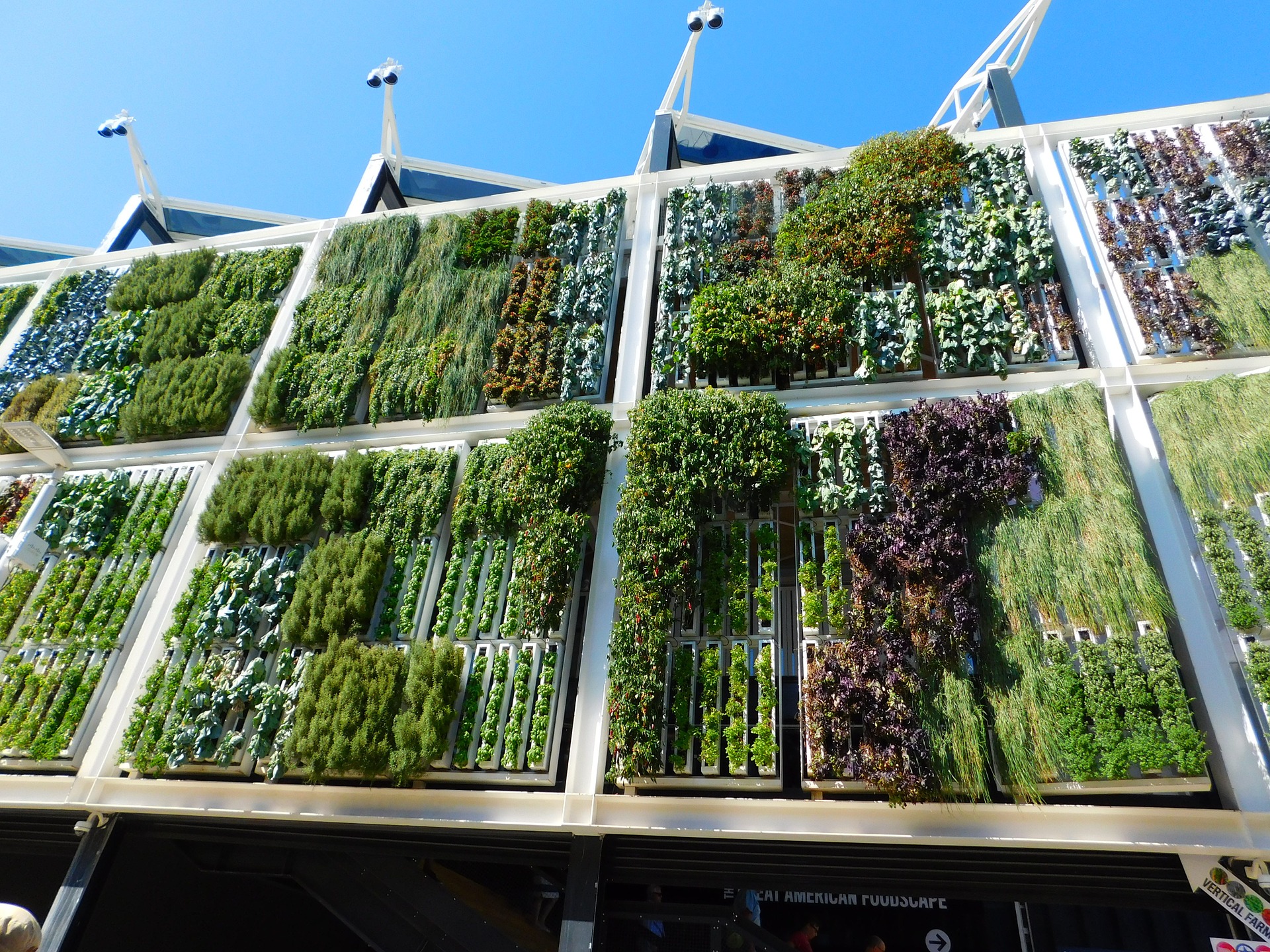 How does a vertical garden work? Blanc’s are often made of a metal frame that’s either fastened to the walls or free-standing.

How does a vertical garden work? Blanc’s are often made of a metal frame that’s either fastened to the walls or free-standing. There’s a 10mm-thick layer of PVC for waterproofing, and a thin polyamide felt, which holds the water for the plants. There’s no soil, the plants grow right in the felt. Grown plants can be installed, or the felt can be seeded. Water comes from the top, and it can be supplied by something as basic as a plastic hose with small holes every 10-centimeters or so. The system is also equipped with an irrigation timer; the plants are watered on a schedule.

How to make your own

A vertical garden is any plant-growing structure that is, of course, vertical. That can mean a large frame with felt like Blanc’s gardens or tiered planters. Most of us aren’t handy enough to install something super fancy, but building your own vertical garden is not that difficult. Before getting started, you need to know these four things:

Also remember, if you aren’t using soil, be sure to research hydroponics, which is the method for growing plants using mineral-rich water. For ideas on how to create your structure, check out these 26 ways from Country Living, which includes hanging clay pots, trellises, crates, and more. If you aren’t really a DIY sort of person, but you love the general idea, consider a Garden Tower or Tower Garden. Those are two separate companies, we didn’t just switch the words around. 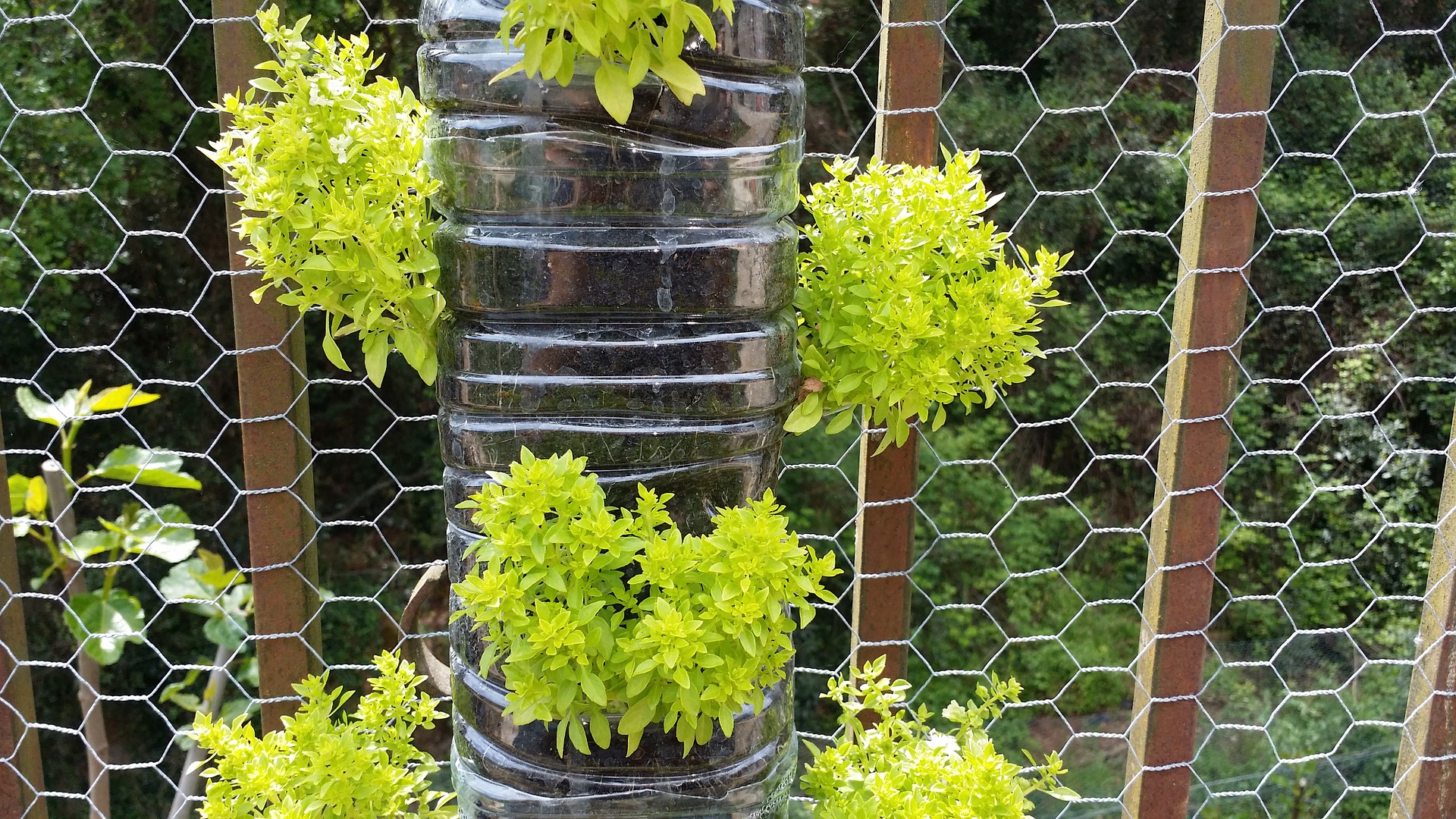 If you aren’t using soil, be sure to research hydroponics, which is the method for growing plants using mineral-rich water.

If you don’t have a lot of outdoor space or you have indoor space you don’t know what to do with, a compact vertical garden is a great idea! Here are other ways to make the most out of a small area.

How to Host Christmas Without Getting Overwhelmed