Carmakers (, and Gildshire too, if we are being honest,) may at times, overstate how close the automotive world is to an all-electric or significant autonomous world. We know that gas is King and will be for the foreseeable future. Nowhere is that truer than in the world of auto racing. On any given Sunday, hundreds of thousands of race fans pack NASCAR arenas. More gas is consumed in one day there, than you and I could burn in a lifetime of commute driving. One prominent carmaker is over it. Volkswagen is leaving the gas-only race circuits, in favor of electric car racing. Obviously, this is something that would catch our attention. Jalopnik helped with the research.

Volkswagen announced these plans last Friday, saying it is “focusing its motorsport strategy on electric mobility” moving forward, and that “a clear emphasis on fully-electric racing cars will be backed up by the farewell to factory-backed commitments using internal combustion engines.”

The announcement is portentous of more than one thing. The Volkswagen ID.R prototype has been prominent already on hill climb courses, and Volkswagen will build out the ID race-car family with the Modular Electric Drive Kit architecture. But the release also noted that motorsports using new tech are a good testing ground for the under-development technology when under the stress of race conditions. In other words, if an EV can go 188 mph for 24 hours, it can probably take you to the store. 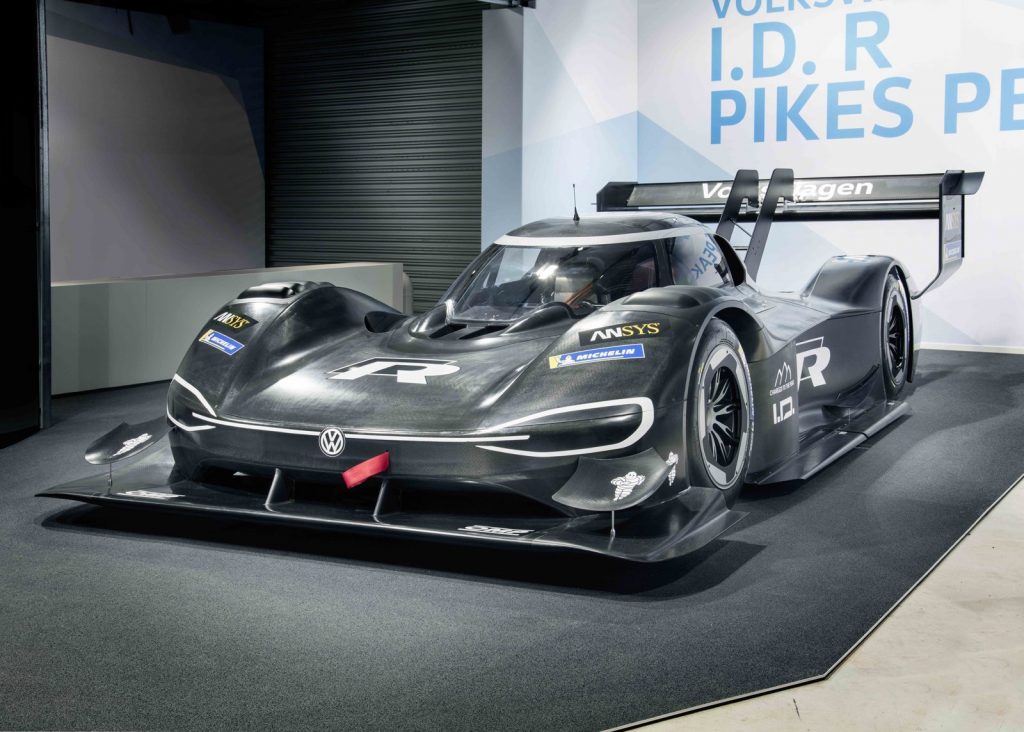 The switch to electric won’t be entirely about growing the motorsport stable, though. The VW Group already participates in the all-electric Formula E championship under the Audi name.

Correspondingly, Volkswagen Motorsport’s customer sport program will also be electrified. The first stage will involve different disciplines, platforms, and vehicle types being examined and evaluated. Parallel to this, the production of the Golf GTI TCR for the racetrack will expire at the end of 2019, and a successor based on the new generation will not be offered. Customer service and spare parts supply will be guaranteed in the long term.

The Polo GTI R5 remains an integral part of Volkswagen Motorsport’s customer sport offering and will continue to be produced for customer teams. The Hanover base will be responsible for continued customer support, spare parts supply, and the competitiveness of the Polo. Factory-backed competition entries with the Polo GTI R5 will no longer go {forward}.

For sure, leaving non-EV racing is a big move. After all, NASCAR and Formula One are gas-only and proud of it. But, there is an ever-growing number of options for EV racing out there.

Of course, the cynics among us (count a lot of people in Gildshire’s offices among these) will point out some irony. Volkswagen tells us with its own ads that it intends to raise itself heroically its self-created Dieselgate Purgatory. A bold decision to forsake conventional motorsports is one step toward that goal. But, self-serving or not, news that Volkswagen is leaving gas-only racing is big.

What will this decision look like 20 years from now? Will it be the first step in a movement, or an outlier? Gildshire will be very curious to find out, and share the news with you.

Five of the Most Amazing Leonardo da Vinci Inventions