When you hear the word “barbecue,” you no doubt imagine grilled and smoked food, warm summer evenings, and cold drinks. In America, we take our BBQ very seriously with styles divided up among the southern and northern states. You can even find stark contrasts city by city. Barbecue isn’t limited to just the US, however, it’s a global phenomenon. What are some BBQ styles you can find overseas?

Though technically part of the United States, Hawaii developed its own unique BBQ traditions in the years it was a free monarchy. A whole roasted pig is the standard dish. Buried in a sandpit or underground oven, the kalua pig cooks for hours using smoky mesquite wood. Pineapple, poi, white rice, and other tropical foods accompany the meat.

Another country that’s all about a whole roasted pig, the Philippines was influenced by Spain and its “lechon,” which is the Spanish word for a suckling pig. It’s served at just about every major celebration. Pitmasters skewer the pig and slow-roast it over a charcoal pit. The skin gets really crisp and delicious, while basting ensures the meat itself stays moist. 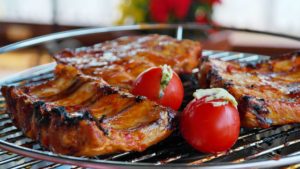 In recent years, Korean BBQ’s popularity has erupted. You can find it all over the United States and in Asia. Bulgogi is the most famous dish. The thinly-sliced beef marinates for hours with ingredients like scallions, soy sauce, and sesame before cooking. If you go to a restaurant, chefs often prepare the beef right in front of you on a tabletop grill, so it’s extremely fresh and tender. Beef short ribs are also popular. The flavors of Korean BBQ can be described as sweet and savory.

BBQ in Argentina is known as “asado,” and you’ll find large slabs of meat and whole animals roasted over open fire pits. The meat of choice – beef – gets brushed with brine during the roasting process so it stays moist. For sides, cooks serve chimichurri, salads, and grilled veggies. 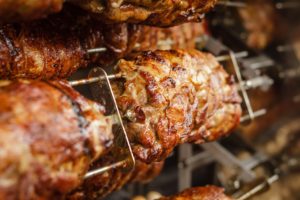 Argentina and Brazil share a lot of traditions, though in Brazil, BBQ is known as “churrasco.” Restaurants often let you pay a fixed price for your meal, and servers come back again and again with large skewers of fresh meat for carving.

Grilled and smoked food is huge in South Africa. Similar to how the word “barbecue” refers to the food and the event, South Africa has “braais.” There’s a National Braai Day which doubles as its National Heritage Day. Pitmasters serve pork and beef sausages, skewers, and jerky meats with lots of local wine. For a side, “pap” is popular, which is a corn porridge similar to grits. 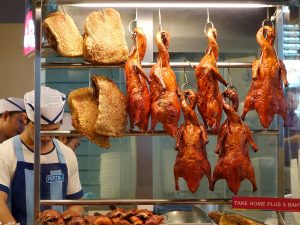 You can find countless variations of BBQ in China. Cantonese BBQ is probably the best-known internationally. The most popular dishes include char siew (pork), suckling pig, and roasted duck. In Northern China, lamb skewers prepared with cumin and chilies are devoured by millions every summer.

Japanese-style BBQ, known as “yakitori,” usually refers to chicken skewers, but the term can apply to other meats, too.  Whatever is being grilled, the chef is all about simple flavors cooked to perfection.  The yakitori cooks quickly over charcoal with minimal sauce. Lighter and faster than most other types of BBQ, yakitori is a perfect snack or dinner, if you eat a lot.

Where can you find the best BBQ places in the United States? Click here to find out.