If you want to achieve your career goals, then Warren Buffet is the man whose advice to follow. Here, we are going to talk about his 2-list strategy that can be applicable to all of us. Warren Buffet is probably the most successful investor in the world, and he is consistently ranked on all lists as one of the wealthiest men alive with his estimated worth of $76.80 billion. What is his advice for a successful career? According to Warren Buffet, if you want to achieve your career goals, it’s all about lists, in particular, it’s about two lists that you should make to know what you should focus on right now.

According to Buffet, career success is based on two separate lists. His two-list strategy is designed for purposes of maximizing focus, finding priorities and achieving goals. The list has a backstory according to Scott Dinsmore. The story is about Mike Flint who has been Warren Buffett’s personal pilot for the past 10 years. When his personal pilot talked to him about career options and priorities, Warren Buffet stopped him and shared with him a guide based on a three-step exercise and two lists. Here is the exercise, and something that you can try as well. So, take a paper and pen, and let’s get started. 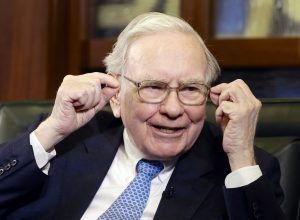 So, now you have your most important priorities right there in front of you, what about those 20? According to Dinsmore, Mike Flint told Warren Buffet that those 20 goals:

“are still important so I’ll work on those intermittently as I see fit. They are not as urgent, but I still plan to give them a dedicated effort.”

Maybe you agree with Flint, but here is what Buffet told his pilot:

“No. You’ve got it wrong, Mike. Everything you didn’t circle just became your Avoid-at-All-Costs list. No matter what, these things get no attention from you until you’ve succeeded with your top five.”

Our to-do lists are too long and we are losing the big picture in our daily routine and forgetting about those big goals. Cutting all those unneeded things and obligations from your life is important. From bad habits to negative people and daily chores. Finding out what really matters and what’s important will surprise you. You will probably find out that you are not spending nearly enough time on these tasks as you should.

Once you implement a two-list strategy, you will eliminate 20 goals which are mostly distractions from the top five most important things that you should be doing right now. If you are focusing on those 20 goals, you are wasting your time and finding excuses on why you are not focusing on your true goals and dreams.

As James Clear said to TIME:

“Spending time on secondary priorities is the reason you have 20 half-finished projects instead of five completed ones. Eliminate ruthlessly. Force yourself to focus. Complete a task or kill it. The most dangerous distractions are the ones you love, but that don’t love you back.”

If you haven’t made your two lists already, please do and follow your priorities for the career success that you deserve in 2020.

How To Stick To Your New Year’s Resolutions

Get Hungry For These 2020 Food Trends