At age 31, Elizabeth Holmes became a billionaire, earning the title of “youngest self-made female billionaire” in Forbes. Just one year later, Forbes revised her net value to $0. She claimed she could change the world with her medical technology company. Then, the truth came out, and it all came crashing down. Who is Elizabeth Holmes? What is Theranos?

Elizabeth Holmes was born in 1984 and showed genius at a young age. At just 7, she designed her own time machine with drawings that imitated real engineering blueprints. During high school, she earned straight A’s and sold a code-translating computer software on the side. In 2001, she started college at Stanford University, earning a spot as a President’s Scholar. She studied chemical engineering and worked at a lab at the Genome Institute of Singapore. Just two years later, she filed a patent for a wearable patch that could deliver drugs to a patient. Holmes had bigger ideas than graduation, however, and in 2004, she dropped out to start fundraising for her own healthcare tech company. 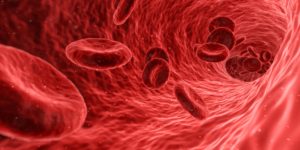 Known at first as Real-Time Cures, Holmes’ company started in the basement of a Stanford-owned house. She got one of her professors to invest, and others followed. She lured them with her hopes of making health information accessible to everyone and creating a way to discover huge amounts of medical info based on just a few drops of blood. In 2004, she incorporated the name “Theranos,” which combines the words “therapy” and “diagnosis,” and by December of that year, she had raised $6 million.

Theranos began gathering outside partnerships with Capital Blue Cross and Cleveland Clinic. Holmes even struck a deal with Walgreens to open testing centers, as well as a secret partnership with Safeway worth $350 million. By the conclusion of 2010, Theranos had $92 million in venture capital, and in 2015, Forbes named Holmes as the world’s youngest self-made female billionaire with a net worth of $4.5 billion. 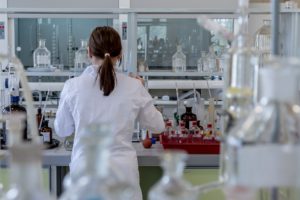 Theranos operated in total secrecy. The company took investor money, but only if they agreed to remain in the dark about how the blood-testing technology worked. Holmes was also given final say about everything. In 2015, the FDA discovered inaccuracies in Theranos testing. That same year, a Wall Street Journal reporter published his investigation, revealing that Edison, the company’s blood-testing machine, didn’t give accurate results. Instead, Theranos ran samples through ordinary machines that other blood-testing companies used. They even staged a fake lab to impress Joe Biden in 2015.  In short, Holmes and Theranos were lying about the whole operation.

In 2016, criminal investigations began, and in March of 2018, Theranos, Holmes, and her former second-in-command were charged with massive fraud. She gave up voting and financial control of the company, paid a fine, and returned millions of stock shares. She also cannot be a director or officer of any publicly-traded company for the next decade. 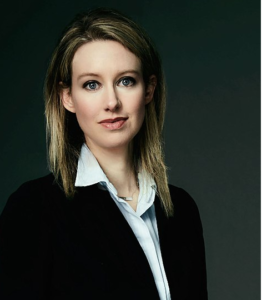 Elizabeth Holmes has no future in the healthcare technology field

Theranos still technically exists, but they’re obviously worth next to nothing. Elizabeth Holmes’ net value dropped to $0. The Wall Street Journal reporter, John Carreyrou, recently published a book synthesizing all his findings with more than 150 interviews, with over 60 from former Theranos employees. You can buy Bad Blood: Secrets and Lies in a Silicon Valley Startup now. The book will be made into a film starring Jennifer Lawrence as Holmes.

Elizabeth Holmes was known for creating a paranoid, all-or-nothing work environment. Who are some other CEOs with powerful personalities?

Will College Kids Be Physically in School This...