Electric Mini May Soon Be the Only Mini in the U.S.

Home » Electric Mini May Soon Be the Only Mini in the U.S.

As sales of the car made famous by the movie “The Italian Job” continue to decline, Mini is considering a bold move. Soon, the only Mini Cooper sold in the United States may be an all-electric Mini. Gildshire Magazines Cars and Motorcycles entity loves the Mini Cooper. We decided to look deeper into the sales issues, as well as the proposed changes in marketing. Motor1 reporting provided some of what we discovered.

The Mini Cooper is caught betwixt and between. The company saw its greatest sales between 2006 and 2010 when it marketed the third-generation Cooper. Larger than the original, it still maintained its tiny car mystique, while handling like a go-cart and achieving a top speed in excess of 140 miles per hour. Since then, Mini’s little car has grown larger and larger, causing purists to turn away. Still, it is smaller than a full-sized ride, and in a car-buying world bent on the next SUV. The little Cooper’s future is murky, at best.

It doesn’t get great gas mileage. It’s not really a mini Mini. It isn’t a people-mover.

An all-electric Mini joins the company’s model lineup in 2019. If current thought erupts into a concrete plan, the electric Mini may be the sole Mini offered for sale on these shores. 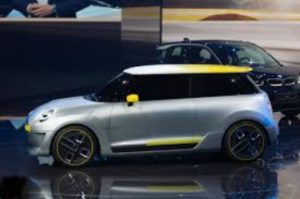 The upcoming electric Mini will assemble at the Mini plant in Oxford, England. However, the electrified running gear comes from Germany. Electric Minis will be put together alongside gasoline and diesel examples, allowing Mini to seamlessly ramp up EV production.

Parent company BMW has some work to do to make the electric Mini a viable one in the United States. Battery life, the speed of charge, and range are in the crosshairs of the carmakers at Bavarian Motor Works. They know that American car buyers will soon become accustomed to the range and power brought forth by Tesla. An underpowered Mini Cooper will be unsustainable from a sales standpoint and the ruination of the little car’s reputation on the road. 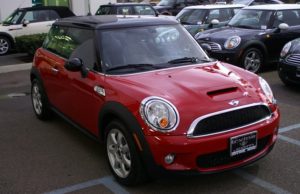 The electric Mini will try and maintain the legacy of this top-seller.

We’re rooting for the little guy and not just because of the movie. A red Mini Cooper is the dream car of many a young drive-through guy near you. Its demise would be a shame. We will keep you posted.