Fiat Chrysler (known as FCA) hasn’t had an easy time of it in the last few years.  Chrysler suffers particularly hard hits in recall numbers. Jeep has a loyal cadre of followers, but never rates above mid-pack. The Fiat side of the carmaker equation consistently rates low in reliability and initial quality studies. This week, though, FCA announced a new baby in the family. The carmaker intends to introduce the 124 GT to the world, via the Geneva Motor Show. Gildshire’s Car and Motorcycle entity smelled the smoke and investigated the fire. Here is what we know, for now. 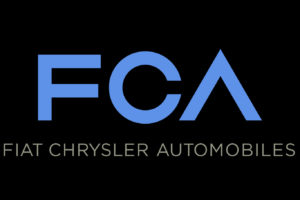 There are some dogs on the market in the FCA stable, but there is a winner or two there, as well. The carmaker intends to reinvest in one of its winning models. In Geneva, it will give the Abarth version of the 124 Spider a major upgrade in style. The launch of a new GT special edition will feature a removable carbon fiber hardtop and other special touches. The Italian brand’s performance division will also unveil the Abarth 695 Rivale. However, in place of the normal in-company relationship, the 695 comes to market as a partnership with yacht-maker Riva.

The 124 GT blends improved looks with an increase in performance. On the outside, the special edition wears a unique color shade, reported by FCA as Alpi Orientali Grey. Currently, the only special edition model is the Red Top edition that features a soft-top in Bordeaux Red. The mirror caps and front grillwork also receive a gunmetal gray finish, and the roadster rides on a 17-inch wheel, which Fiat claims shaves 6.6 pounds from the stock parts. The carbon fiber hardtop weighs 35 pounds. As options, owners can select special components, such as a matte black hood, carbon fiber rear spoiler, and mirror caps.

The GT retains the Abarth 124’s 1.4-liter turbocharged four-cylinder, which produces 168 horsepower and 184 pound-feet. Purchasers can choose a sporty six-speed manual or an automatic gearbox. The power plant gets the roadster to 60 miles per hour in 6.6 seconds, along with a top speed of 144 miles per hour.

Also debuting in Geneva is the Fiat 124 Spider S-Design, a limited edition model. Both new models will debut initially in Europe. Their North American versions will come along about six months after they show up in European car stores.

If the cars look like their pictures, we can’t wait. FCA may have a couple of winners in their stable.

Meal Kit Delivery Services: The Best and the Rest