Home » Travel & Nature » Getting High Off A Fishy Supply: The Salema Porgy

At first glance, the salema porgy doesn’t seem too special. It’s a small, silvery fish with gold stripes that lives in warm, tropical waters. You can find it in the Atlantic off Africa and in the Mediterranean. Behind its humble exterior, however, is the potential for a scary drug trip.

In 1994, a traveler to the French Riviera and ate some salema porgy. Within two hours, he felt sick, and by the next day, he was vomiting and suffering from blurred vision and weak muscles. He decided to end his vacation early, and started the drive home. However, he began experiencing terrifying visions of screaming animals, and had to stop. He checked himself into a hospital, and within 36 hours, he was fine. What happened? 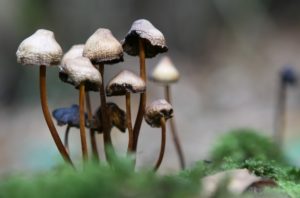 Mushrooms aren’t the only natural drug in town

Known as “ichthyoallyeinotoxism,” having intense and frightening hallucinations due to fish poisoning is rare. It seems to happen a lot with salema porgy, and according to a marine biologist who studies the fish, the “high” is similar to being on LSD. Apparently, it isn’t actually the fish causing it, but what it eats. Salema porgy feeds on certain algae which are considered hallucinogenic, in the way certain mushrooms are. When the fish feeds, its digestive process creates chemicals that induce intense hallucinations in whoever eats the fish.

What exactly happens in the human brain when it has been poisoned like this? Indole Tryptamine, the chemical, messes with the brain’s serotonin levels. This affects a person’s sensory processes, i.e. what they see and hear. It’s similar to DMT, a powerful psychedelic used in certain cultural rituals and as a recreational drug. It’s illegal in several countries. Other fish that cause ichthyoallyeinotoxism include Siganus spinus (“the fish that inebriates”) and a Hawaiian fish with a mouthful of a name – Mullodichthyus flavolineatus. Like the salema porgy, their intoxicating effects are caused by the algae they eat. Perhaps it is some kind of evolutionary defense mechanism: “Eat me, and you’ll go crazy.” 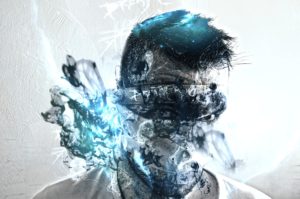 Speaking of cultural rituals, there’s evidence that the ancient world knew about salema porgy and its effects.The name in Arabic means “fish that makes dreams.” The Polynesians used it in spiritual ceremonies, while in writings from Rome, the fish is described in terms of entertainment. It appears that ancient Romans were intentionally getting high off the fish, though given how distressing the hallucinations can be, it doesn’t seem very fun.

Certain parts of the fish may be more toxic than others, like the head, while eating just the tail might produce nothing. The time of year may play a part, too, but it’s odd that reports of poisoning don’t line up with the times when fish test the highest in toxicity. Another type of algae might be at play, or certain people are just more sensitive than others. You can find salema porgy served as some Mediterranean restaurants, but apparently it’s very bony and doesn’t taste good. There’s really no reason to gobble up this gold-striped fish, unless you want to endure 36 hours of a really bad trip.

Laudanum is another drug with negative effects.  Learn about the Victorian obsession with it, and how it was used to “cure” everything.