written by Emmaline Soken-Huberty May 8, 2018

What if your eye doubled as a camera and sent images to your phone? Or you could inject yourself with DNA and start building muscles like Dwayne “The Rock” Johnson? These cyborg dreams exist in sci-fi, but your favorite healthy lifestyle magazine might advertise genetic modifications one day. Known as “grinders,” biohackers who embrace DIY technological and genetic modifications are fascinating, but they might be dangerous, too.

What is a grinder? 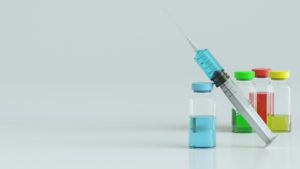 Grinders frequently inject themselves with DNA

On Biohack.me, a favorite website for grinders, they say they “believe in action, their bodies the experiment.” Josiah Zayner takes that philosophy seriously. After removing the dead skin cells from his forearm by rubbing himself with a toothbrush hundreds of times, he injected his skin with jellyfish DNA plus a common virus which allowed the DNA to stay in his cells. When that part of his arm began building new skin cells, it duplicated the jellyfish DNA as well. While Zayner hoped he would be able to see his skin glowing, it isn’t perceptible to the naked eye. However, when he added the green fluorescent protein to common brewer’s yeast, he created a glow-in-the-dark beer.

Zayner’s antics haven’t stopped at jellyfish. At a live-streamed event, he injected his arm with DNA he edited using CRISPR. The goal? Enhance his ability to grow muscles. His company, ODIN, sells the guide online as well as the $20 muscle-growth DNA. Zayner says he hasn’t seen results, and scientists agree that changing your DNA is a bit more complicated. For grinders though, it’s all about the experiment. 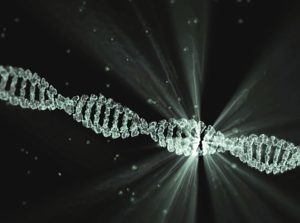 Sometimes, that can be dangerous. The CEO of Ascendance Biomedical injected himself with an untested herpes cure, raising eyebrows everywhere. It didn’t work, and medical professionals considered his stunt irresponsible. Playing around with injections and DNA without knowing the short or long-term effects can make a problem worse. What if people start trying to cure cancer or some other serious illness? Given how expensive traditional care is, there are lots of people willing to take the risk.

Ascendance Biomedical fell apart soon after Aaron Traywick’s demonstration. The biohackers creating the herpes injection and more were not being paid and when they went to confront Traywick, he locked himself in a lab. On April 29th, he was found dead at a spa. Police say they don’t suspect foul play, and there’s no word on whether the experiments on his body played a part. 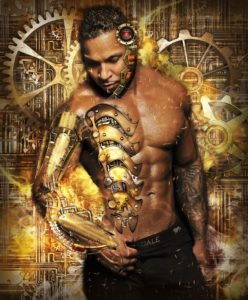 Will we see real-life cyborgs soon?

Ethics and biohacking are a familiar pair. Kevin Warwick threw around the idea of implanting children with tracking devices, so if they were kidnapped, they could be rescued quickly. Tim Cannon prefers to implant things into himself. He has a radio-frequency ID tag in his hand and magnetic implants in his fingers, wrist, and tragus, so he can feel electromagnetism and effectively gain another sense. In 2013, Cannon became the first person to receive a biometric sensor, which sends Cannon’s internal temp to his phone. It has since been removed after a successful test, and Cannon plans on improving it with extras like blood pressure, blood glucose, and heart rate info.

Would you consider a genetic modification or get a piece of technology implanted in your body? Grinders believe that it’s only a matter of time before it’s as common as taking an aspirin for a headache. They’re on the forefront and with their often reckless experimentation, they’re paving new roads.

Heard about CRISPR before in a science or healthy lifestyle magazine? Here’s what it means.