Home » Our World » The Killer Nutshells of Frances Glessner Lee

Born into wealth, American heiress Frances Glessner Lee wasn’t satisfied with living a cushy life. When she was young, she loved the stories of Sherlock Holmes. However, her interest in crime wasn’t encouraged, and while her brother went off to Harvard, she wasn’t allowed to go to college. She married Blewett Lee at 19 years old, and they had three children, but they ended up getting a divorce. The reason? Her son says she was extremely creative and bent on “making things,” while Lee was not, and that drove them apart. 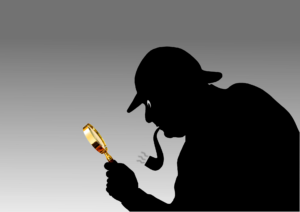 She finally got to explore this creative side and interest in crime at age 52. Her brother died, and she inherited a large fortune. Having been removed from a career because she was a woman, she now had the capital to do it herself. She endowed a Department of Legal Medicine at Harvard, and would sit in the lectures as the only woman among dozens of men. She played the part of a “typical” woman well, giving banquets and attending over floral arrangements and table settings, but she was also able to explore her other side.

Building dollhouses was a popular pastime in that era, and Frances took it to a new level. In the 1930’s and 40’s, she built incredibly-detailed dioramas she called “The Nutshell Studies of Unexplained Death.” She believed that by studying the details of a crime scene, detectives would be able to find clues and the mystery. Historians point to her love of Sherlock Holmes as an inspiration; he is known for his skills of observation that pick up on tiny clues at a crime scene.

The “nutshells” are all based on real crimes. “Saloon and Jail” features the victim lying on his face in the street. There’s litter, including tiny cigarettes and a banana peel made from leather painted yellow. There’s even a storefront complete with newspapers dated with the real day the man died. Lee sewed all the the clothing and couches by hand. There’s even a story about how Lee once instructed a carpenter making her rocking chair for the nutshell to be sure it rocked the same number of times as the real one. All in all, she made 20 before her death at age 84. 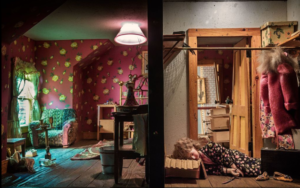 In that time, she made quite an impression on society. The nutshells were used in week-long seminars to teach police how to analyze crime scenes, with students getting 90 minutes to solve it. At the end of the week, Frances hosted a big banquet at the Ritz Carlton. In New Hampshire, she was made an honorary police captain. Today, she is known as the “mother of forensic science.”

Once only seen by police in training, the Smithsonian made the nutshells available to the public on October 20, 2017. Called “Murder Is Her Hobby,” the exhibition shows 19 nutshells, which you need to study using flashlights and a magnifying glass. To help, you can read the crime scene reports, but most of the work needs to be done eyeballing the tiny scenes. Do you think you’re smart and observant enough? It runs through January 28th, 2018, so hurry up and go!

In countries that have allowed the death penalty, murder was always a qualifying crime. Here are some you might not have known about.