March Gardening Wherever You May Be

Home » Home & Garden » March Gardening Wherever You May Be

It’s March, my gardening friends! Across the nation, green thumbs at the starting gate. This is the month of Spring, renewal, and rebirth. Almost half the country will say goodbye to the word “frost,” and hello to Vitamin D. Sure, there is still snow on the ground in the north, and the threat of another nor’easter on the east coast. Gardeners remain undaunted because this month isn’t about gardening fulfillment. It’s about gardening hope. Today, Gildshire’s Home and Garden entity looks at March gardening across the U.S.A. There may be flakes in the forecast, but the sound of your neighbor’s John Deere will wake you up soon enough. 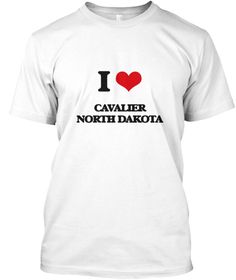 Zone Three: Shout-out to our friends in Cavalier, North Dakota. Much of March gardening up north will be done indoors, with a couple of notable exceptions, which we will get to in a moment.  First, though, start seeds of tomatoes, onions, marigolds, asters, cauliflower, and cabbage under indoor light. When little seedlings have their second pair of true leaves, they are transplantable to larger pots. Outside, prune back any shrub that won’t bloom in until after Spring. Also, give a little misting refreshment to evergreens growing near the house. Wait for the ground to be dry, however.

Zone Four: Hello again, those of you in Helena, Montana. We mention a Montana city for our Zone Four March gardening report on purpose. This year, in particular, fire and smoke blight is a real thing, and Montana took a big smoky hit from the California wildfires. On apple and mountain ash trees, prune away branches killed by fire blight to prevent further spread of the disease. Also, prune black smoke knots off of cherry trees. Make cuts 11-13 inches below the diseased area. Make sure to disinfect pruners between cuts, through the use of a 10% bleach solution. Now, as for the actual March gardening: Start pepper, eggplant, zinnias, salvia, petunias, and nicotiana seeds indoors under lights. Don’t get too excited and prematurely remove mulch from perennials. The sun could heat the soil and stimulate new growth, and the hard freeze to come can damage the tender new growth. 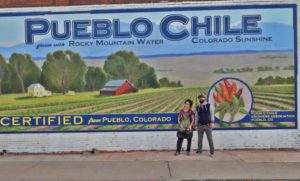 Some of the best chilis anywhere. Plant inside this month, and outside next.

Zone Five: Top of the day to you fine gardening folks living in Pueblo, Colorado:  Sweet Pueblo peppers and eggplants love warmth. However, March in Zone Five isn’t warm enough. Start those indoors and under a light. The same thing applies to marigolds and zinnias. There’s a good chance your trees and shrubs took a hit from the winter winds, so you’ll want to prune the damage away. After that, though, there is some good March gardening fun to have in the great outdoors! Early in the month, plant potatoes, peas, lettuce, radishes, and carrots. Late in the month (think right around the time of the equinox) transplant pansies outdoors; also, sow seeds of nasturtiums and sweet peas. Then, just as we prepare our April gardening guide for publication, transplant your early tomato outside.

Zone Six: We’re looking at you, Jefferson City, Missouri. If you get a run of mild weather, that’s Mother Nature’s signal to plant roses, trees, and shrubs. Start seeds of peppers, tomatoes, eggplants, perennials, and annual flowers indoors under lights. As soon the garden soil is workable, plant peas, potatoes, poppies, rocket larkspur, and mignonette. If there’s no snow, top-dress the lawn with compost and fill in/reseed the low spots. 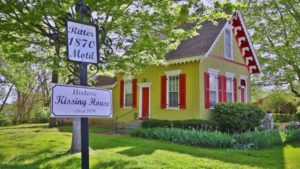 Zone Seven:  Y’all people of good will in Spring Hill, Tennessee. This is our first zone that gets to do almost all of its March gardening outdoors. What fun! This is why you chose to live in the south. In the middle of the month, plant Swiss chard. The tender stalks will be ready to harvest by mid-May, but the plants will keep producing all summer! Around the 15th of March, go ahead and sow hardy carrots, kohlrabi, beets, leaf lettuces, radishes, and turnips. Transplant outside whatever you started under indoor lights since the New Year. Set out some herbs, such as rosemary, chives, and thyme. However, tender basil needs another month or so, inside.

Zone Eight: This is a month of celebration for the Manteo-Nag’s Head area of North Carolina. The harsh winter weather you have experienced should abate…after this one last big storm. Get cool-season crops in the ground now. Don’t wait, because soon the weather will be too hot for them. Have row covers/windbreaks handy to protect plants on the chilly nights that may still come. You should already be sowing the last plantings of turnips, spinach, mustard, beets, broccoli, and carrots. Greet the equinox by planting corn, tomatoes, cucumbers, peppers, and squash. Young plants will be thirsty for organic liquid fertilizer by the end of the month. 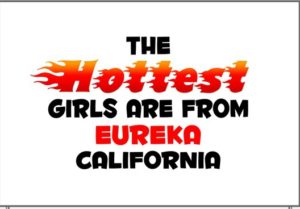 We have no idea if this is true. But, it was on a shirt in a Eureka gardening shop.

Zone Nine: Calling out to my peeps in Eureka, California. Feed those beautiful roses with an organic blend of alfalfa meal, cottonseed meal, and composted manure. Plant cool-loving vegetables, such as spinach, cabbage, broccoli, Asian greens, and lettuce. Cool, coastal climes should plant peas, though it is too late for such things in the warmer interior. Your indoor growing tomatoes need firming up, so they should be moved outside. Peppers and eggplants can go outside after the last possible frost.

Zone Ten: We see you getting ready with the garden spade, Garden Grove, California. What should you do outside? What shouldn’t you do? Plant okra, sweet potatoes, collards, mustard, cukes, and melons. Plant heat-tolerant flowers. Examples include zinnias, petunias, cockscomb, and caladium. Start papaya and jelly melon. Take a good look at your holiday poinsietta. If it is showing too much leg, cut it back and plant it outside. At the end of March, use a micronutrient spray to fertilize everything. Also, this is the month to dig compost into the soil near new plants and around the dripline of established trees and shrubs.

Phew, is that enough work for you? Make some lemonade and sit down. You’re wearing me out. But, March is a great gardening month. Stretch some, before you start. Nothing on our list said anything about pulling your muscles on the first nice day.

Six Food Podcasts You Should Listen To Immediately