Home » Our World » The Story of Yankee Candle

It’s getting colder these days, and for people like me, that means lighting a lot of scented candles. One of the most popular brands you’ll see is Yankee Candle, which has scents like Cinnamon Stick, Spiced Pumpkin, Christmas Cookie, and more. What’s the story behind this American company?

The year was 1969. Michael Kittredge, 16-years old, didn’t have money to buy his mother a Christmas gift, so he decided to make one. With melted red crayons, he made a candle. When a neighbor saw it, she bought it from him, and Michael then used his profits to buy more wax and make two candles. He gave one to his mom, and then sold the other. A business was born. 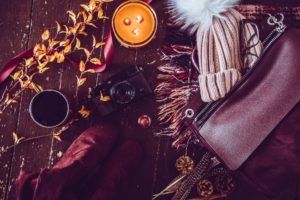 A good scent captures a moment or time of year

Michael was joined by his high school friends Donald MacIver and Susan Obremski. By 1973, their company – which they named Yankee Candle – had twelve employees. They moved to a paper mill in Holyoke, Massachusetts to begin production in earnest. The heated room that Susan’s father created allowed them to store liquid max, and the candle-making sped up significantly. In 1974, Yankee Candle released their first scents in their now-classic apothecary jars. The scents included French Vanilla, Orange & Clove, Peppermint, Cinnamon, and Pine.

Yankee Candle continued to see success in the next decades, expanding their line of candles and hitting the landmark $1 million in company sales in 1983. In 1993, Michael had a cancer scare, and so began turning over control of the company. In 1998, Michael sold the company to Forstmann Little for $500 million. That same year, Yankee Candle began selling in Bristol, England. Now, Yankee Candle sells in 24 countries.

In 2007, the company was sold again, this time to Madison Dearborn Partners. The price? $1.6 billion. Yankee Candle was sold again in 2013 to Jarden, which owns Sunbeam and Rawlings, for the slightly-higher price of $1.75 billion. The company has come a long way since melted crayons and hand-drawn labels. 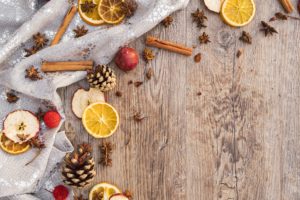 Yankee Candle has a specific method for choosing the perfect scents

Yankee Candle has around 200 unique scents. How do they get chosen? There’s a long process. They work with international “fragrance houses,” who submit 1,500 new ideas every year based on trends on food, lifestyle, color, and other factors. Once they’ve gotten the new scents, the “Fragrance Committee” tests them out. They smell them when they’re lit and unlit, and share their thoughts. Then, the “Home Burners” actually take the candles home to use them. They report back with a scorecard. The scents with the highest scores go through one more step before finalization, and then head towards the shelves.

The most popular scents include Sage & Citrus, Lemon Lavender, and Macintosh. Some of the stranger ones: Whiskers on Kittens, Cherries on Snow, Amber Moon, and the vague Beautiful Day. Concerned about toxins in the candles? According to Yankee Candle, the wicks do not contain lead and they use essential oils and fragrance extracts. They do use refined paraffin wax, which is approved by the U.S. Food and Drug Administration, but many people are still worried about its effects.

If you live near South Deerfield in Massachusetts, or are in the area, check out the flagship Yankee Candle store. Since 1989, the store has been a special place full of crafts, gifts, and of course, candles. Every year, the store holds a Bavarian Christmas village with a running toy chain and Christmas trees. Visitors can create their own candles and go through the candle-making museum. When they get hungry, there’s a tavern with food and wine.

Scented candles and artificial air fresheners have been the subject of heated debate lately. What makes them potentially dangerous?

Electric Mini May Soon Be the Only Mini in the U.S.

Translating The World’s Most Ancient Texts