The Decline of Frankincense: An Iconic Tree In Peril

Home » Travel & Nature » The Decline of Frankincense: An Iconic Tree In Peril

In the story of Jesus’ birth, the newborn is visited by three wise men or Magi. They bring gold, myrrh, and frankincense. We all know what gold is, but what about those last two? Both come from the resin of trees and are used to make incense, other fragrances, and some medicines. However, frankincense in particular is at a crossroads. In recent years, resin harvests from the iconic tree have been dropping off. Sustainability is becoming a huge problem, and given new research, the decline of frankincense doesn’t appear to be slowing down. What is happening?

Before we get into decline of frankincense, let’s talk about its rise. Frankincense comes from the resin of five species of tree (though only two are currently tapped), and people have been harvesting for thousands of years. The oldest known reference comes from 1500 B.C.E in the Egyptian Ebers Papyrus. Other ancient records include both the Old and New Testaments from the Bible, and a 6th-century A.D. Chinese herbal recipe. The trees have never been domesticated, however; they basically just grow where they want,  and then stay there. There’s no central trunk, which is odd, so the trees appear to grow right out of the rock up to 7-8 feet tall. To get the resin, harvesters scrape a tiny opening and let the resin ooze out and harden. For the best results, trees should be cut just 2-3 times a year. The more opaque, the better the resin. Once dry, it’s chipped off and taken to be sold. Back in the day, you could find traders carrying frankincense on the Incense Trade Route and the Silk Road.

Historically, people used frankincense for medicinal and religious purposes, which is the most famous. Dried shards were burned at important events like weddings, funerals, and religious ceremonies. It’s seen as a symbol of the presence of the divine, which is why Catholic churches still use it during mass. Sometimes, a melted form was smoothed into hair, while soot from burned incense was used for makeup and tattoos. Because of the flavor and supposed medicinal benefits, resin has also been used in coffee and to treat toothaches and coughs. To protect trees, harvesters made up stories to scare away the competition. Herodotus, the famous Greek historian, wrote that small winged serpents guarded groves. 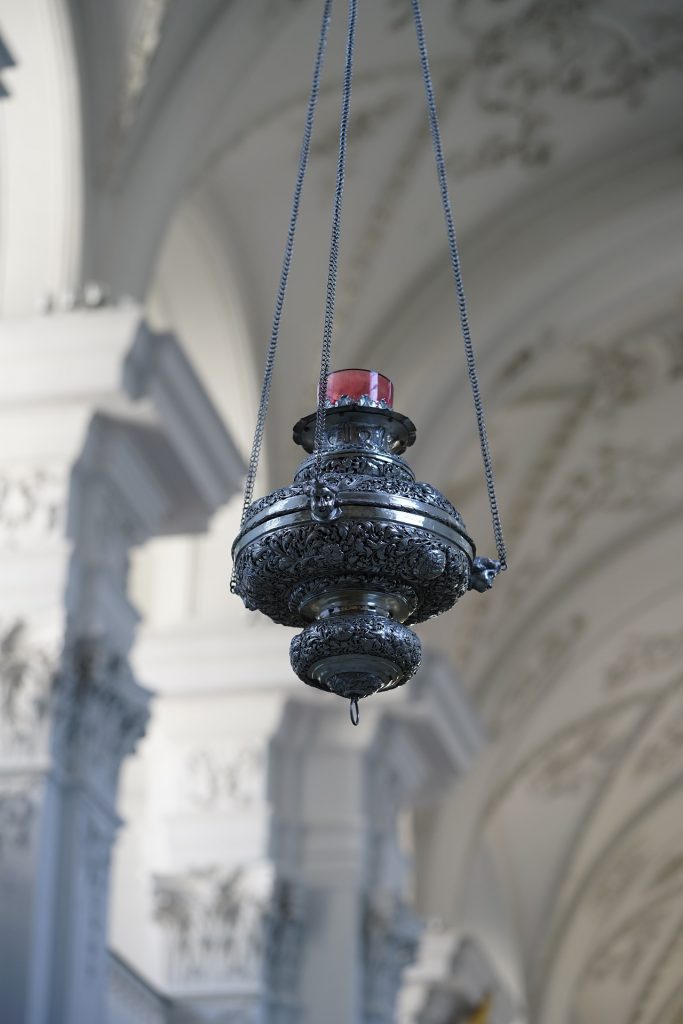 Frankincense has remained important and valuable, especially for the Catholic Church, who uses 55 tons every year.

Frankincense has remained important and valuable, especially for the Catholic Church, who uses 55 tons every year. However, the trees are in danger, especially the B. papyrifera species. In 2011, NPR reported on research from Dutch scientist Frans Bongers, who said that frankincense production could be cut in half in 15 years. Over the next 50 years, numbers could shrink by 90%. In some countries, like Yemen, the trees are almost completely gone. Why is this happening?

Old trees are being tapped too often or killed by insects attacks, while young saplings aren’t able to grow because of fires or grazing cattle. In a report from 2019, Bongers didn’t change his assessment. The same problems – cattle, fire, reckless tapping, and so on – persist. More sustainable practices are needed, but the issue is complicated, because people depend on frankincense for their livelihoods. Asking them to stop tapping so much and bring in less money is probably not going to go over well.  However, the decline of frankincense will only accelerate if things don’t change.

For once, it looks like climate change isn’t actually the primary cause for the decline of frankincense. However, that’s not the case for plants like coffee and stone fruit. Those and more of our favorite foods are in danger.

Amazon is Reaching Into the Automotive Market

Kia’s New Pickup to Arrive in the Next Five Years