Romania: Never Forget the Tragedy of Socialism and Communism

Home » Our World » Romania: Never Forget the Tragedy of Socialism and Communism

The tragedy of  Socialism and Communism: Faces of hunger waiting for hours for a piece of bread

Communism was not one of humanity’s ‘brightest’ experiments. In fact, it was one of the worst. Testimony to that is the hundreds of millions of victims who perished and more millions who were compromised any chance of redemption trying to oppose or cope with a doctrine that often waltzed with the absurd. Like a black veil, communism encouraged delusions, nurturing upside-down states that purged their elites first, before proceeding in rebuilding societies altogether. Stranded in the Soviet sphere of influence at the end of WW2, Romania found itself tied up, waiting for the mad scientist to unleash its cruelty.

Rigged elections made it look like people voted en masse for the Communist Party.

What followed was a relentless campaign to quiet down any form of opposition, a crusade against politicians from all historical parties, intellectuals, peasants, and anyone daring to cling to the old ways, or hoping rescue will come from the West, while in secret risking their lives hanging on the Voice of America and Free Europe radio programs.

Hundreds of thousands perished in a genocide that is unfortunately just a footnote in most history books. 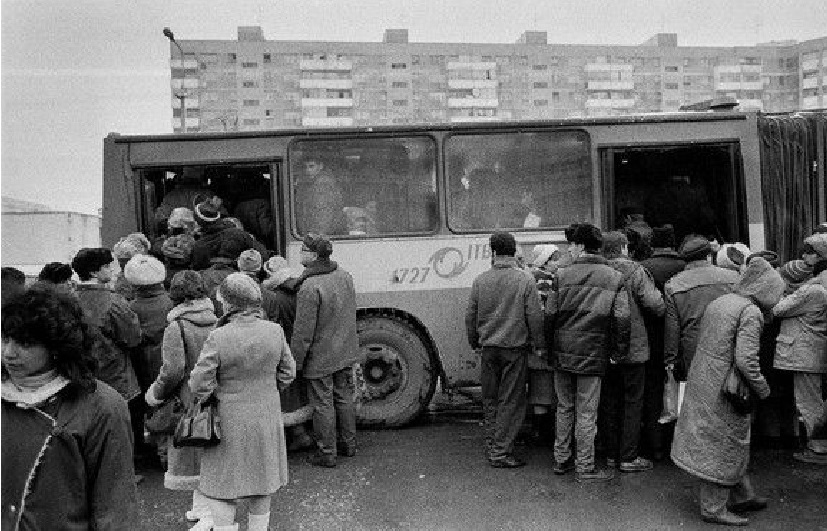 The tragedy of  Socialism and Communism: Daily commute

For a while, some courageous Romanians put on armed resistance in the mountains. It was pointless. Down in the plains and in the cities, communism gradually infiltrated all layers of society, turning brother against brother, and son against mother. Carefully constructed around the idea that everyone has a price, the new status-quo rewarded those acting as informants and reporting acts of insubordination against the Party. It was not long until the institution of fear had a name – the Security, an intelligence agency based on the KGB model meant to keep an eye on everything that looked suspicious, the all-seeing Big Brother. In almost no time, any form of criticism against the Party brought people dressed in black at one’s home, asking questions and threatening. Every third family knew someone thrown in prison, just for talking against the communist regime and people learned to live in fear.

Comfortably installed at the helm, the communists decided Romania has some catching up to do if it plans to stand out at an international level, based on the Soviet model. The once peaceful and predominantly rural country, nicknamed the granary of Europe entered an arduous journey of forced industrialization and urbanization. Factories were built in the middle of nowhere, most often serving no real purpose; villages became towns overnight just because a couple of multi-storied concrete blocks were erected. Once called the Little Paris, Bucharest became a guinea pig for one of the most hideous experiments in urban planning ever to be conceived. Entire neighborhoods were raised to the ground, while churches and other monuments were virtually moved out of the way by “architects”. To crown it all, the dictator Ceausescu built a pointless edifice of pharaonic proportions, the ironically named “House of the People.” 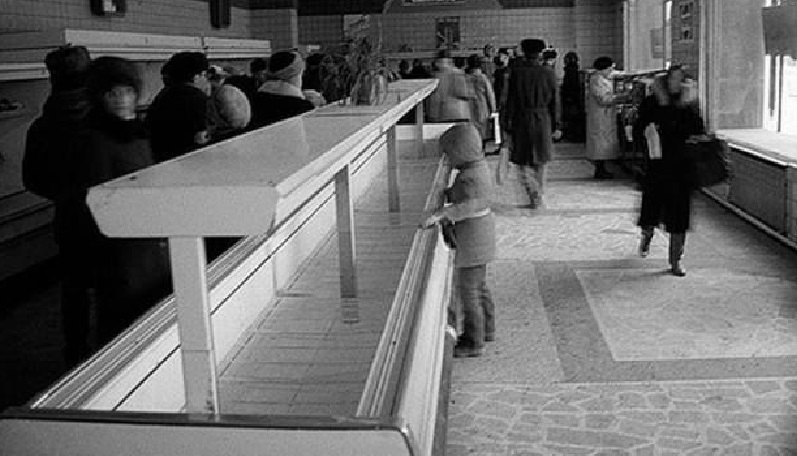 The tragedy of  Socialism and Communism: The common look of a grocery store

Seen from within, Romania had a booming economy. Seen from the outside, the country was obviously wearing thick economic make-up and was on the verge of collapse. Without free press to tell the truth and deep behind the Iron Curtain, Romanians were kept in hunger and fear, blindfolded for decades. It was not until the late 1980s that reality showed its ugly head. Empty shelves and people queuing up for a slice of bread planted the first seeds of revolt. Encouraged by what had already happened elsewhere in Eastern Europe, Romanians finally mustered the courage to oppose their dictator. The iconic balcony scene saw the powerless dictator Nicolae Ceausescu attempting to flee in a helicopter, only to be captured and executed.

Symbolic or not, the old tyrant was slain on Christmas Day, but not before thousands of innocent lives were lost in intense days of street fighting when the desperation brought them to stand fearless in front of the tanks. The Romanian revolution of December 1989 signaled a new beginning while leaving behind multiple question marks.

Romania’s sad story should act as a reminder to anyone growing sympathy, dreams, and hopes for Socialism and Marxism, a worrying trend now growing across Europe and American Universities.

It is incredible how easy history and the suffering and sacrifices of millions are forgotten on the altar of one of the cruelest ideologies of human history: Socialism and Communism.

Exercising Your Brain as You Age