Home » Our World » The Svalbard Vault: Preparing For Doomsday

If you fly north as far as you can on a commercial plane, you’ll find yourself in Svalbard. Halfway between Norway and the North Pole, it’s about as remote as you can get on the planet. There, you’ll find a futuristic-looking structure built into an abandoned mine that goes 400-feet into the earth. It harbors humanity’s most precious resource. It’s not gold or silver. The Svalbard Vault holds seeds.

Opened in 2008, the Svalbard Global Seed Vault is an effort to preserve plant seeds. It’s basically a backup for seeds already held in gene banks around the world, of which there are around 1,700. Currently, genetically modified seeds aren’t allowed. Norway was chosen because the country is trusted globally, and Svalbard is far away from disasters or political strife that could endanger its precious contents. Norway funded the vault’s $9 million construction, while Norway and the Crop Trust, a nonprofit international organization, pay for operational costs. Storing seeds doesn’t cost a gene bank anything. 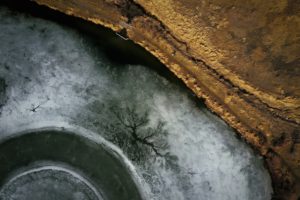 How many seeds are we talking about, exactly? 13,000 years’ worth of agricultural history, or around 1 million seed samples. Each sample is about five seeds, so there’s actually room for a total of 2.5 billion individual seeds. They are stored in rooms cooled to -18 degrees Celsius with low oxygen levels, which helps delay the seeds from aging or sprouting. The permafrost around the vault is also essential to the seeds’ preservation, but in 2016, water began leaking into the entrance. While the samples remained safe from the flood, it drew attention to climate change and the increased rate of melting permafrost. The vault will be getting a $13 million upgrade to guard against water damage.

Why go to all this trouble? 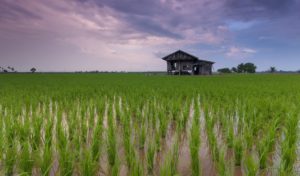 Genetic diversity is very important because it ensures crops are healthy. Less diversity means an increased risk of disease and vulnerability to drought. If crops consistently fail, people start starving, and society collapses. Since the 1950s, China has lost 90% of its rice varieties, while the U.S. also has only about 10% of the fruit and vegetable varieties it did in the 1900s. The Svalbard Vault holds both wild, current, and old seed samples, many of which aren’t grown anymore. There’s even a deposit that contains samples from Russia, where during the siege of Leningrad, scientists locked themselves in a room with the seeds to protect them. Legend has it that one scientist died of starvation while surrounded by bags of rice; he refused to eat any of the samples.

Preparing for the worst

The Svalbard Vault is often referred to as the “Doomsday Vault,” which makes people believe the seeds are being held in case nuclear war breaks out or some other apocalypse descends on humanity. That’s actually just one reason for the vault’s existence. Its main purpose is to provide seeds to global gene banks when their supplies get destroyed. The first withdrawal occurred in 2015 when Syria’s crops were wiped out by the civil war. Withdrawal is also necessary if seeds are lost due to equipment failure, natural disaster, or just plain ol’ mismanagement.

If you’re into survival prepping for the long-term, experts recommend you start your own seed bank. Like the Svalbard Vault, you want to avoid storing GMO seeds, because they aren’t meant to last long. The best ones are self-pollinated seeds, which include beans, lettuce, peas, and tomatoes. This ensures you get the same food variety every year, and you don’t have to intervene. There are lots of resources that can tell you more, including how to store the seeds and mistakes you want to avoid.

In 1983, people feared the potential of nuclear war, which is one of the reasons for the existence of the Svalbard Vault. A movie released that year by ABC affected the nation so deeply that it even influenced President Reagan.