All Toyota Models to Be Offered as Electric by 2025

Every seven days, Gildshire Magazines’ Car and Motorcycle unit examines the news of the week in those particular specialties. Sometimes, we make note of the newest bike on the market. Occasionally, we look at the latest multi-million vehicle recall. Often, though, it’s the car industry’s migration toward electrification that catches our eye. In just a few short years, electric cars have gone from the purview of the ultra-Green to the mainstream. This week, there are two of these kinds of stories. The first has to so with this week’s announcement from Toyota headquarters in Aichi Prefecture. By 2025, all Toyota models sold under its own banner or the Lexus logo will include an all-electric option. Motor Trend had the news first. 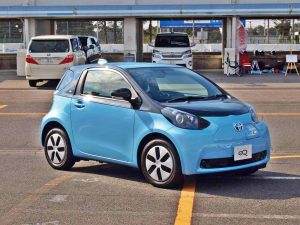 Can you see this car in your garage?

According to Toyota,  in just two model years they will offer more than 10 battery-powered electric models, worldwide. Many of the pure electric offerings will debut first in China. That’s where demand for electric cars is booming today. However, in less than ten years the wave will crash on the shores of the United States, Japan, and Europe. In addition, the Japanese automaker will continue rolling out models using an enhanced development of the Prius’ Toyota Hybrid System II drivetrain. Toyota is deep into development for both more powerful and simpler versions of the system. 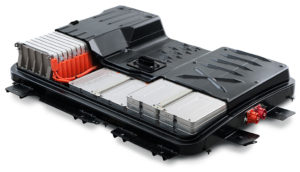 Future Toyota models will include solid stats batteries such as this one.

As suspected earlier and confirmed this week by Toyota, the carmaker is working with Panasonic on a joint battery development project. The two companies are developing solid-state batteries for use in its next-gen electric Toyota models, available in the first couple of years in the next decade. Getting a leg up on battery technology could give the automaker an edge in the next decade.

Interestingly enough, Toyota has received criticism for being slow to the electric bandwagon. One would think the company’s omnipresent logo on millions of Priuses would have shielded them from such a discussion. However, that has not been the case. Toyota’s response to critics has been muted. This latest announcement, though, in concert with their work with solid state tech, should quiet the crowd, at least for now. Gildshire will continue to watch for further developments.