It seems as if there is breaking electric car news pretty much every day. Tesla makes news with a cheaper model. Ford adds to their line of EVs. Porsche recently made electric news. One company lags behind, and it is a surprising one based on this company’s history with hybrid Priuses. Toyota is struggling to get out of the EV starting gate. While there are a number of reasons for this situation, apparently one stands out. According to The Drive, Toyota’s battery is to blame.

Here’s the situation. The suits at Toyota believe solid-state batteries are the route to success. Indeed, solid state is an avenue other carmakers haven’t trod in their race to EV stardom. If Toyota could make a go of solid state they could go from last to first in electric. Alas, that isn’t taking place. Toyota’s batteries are failing the tests that matters most. Those being, the tests of range and durability. 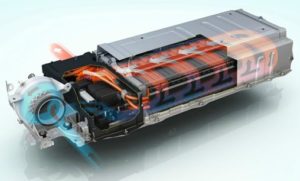 Toyota’s battery looks different than the one in your car.

Why solid state? Gildshire wondered the same thing. Solid-state batteries replace the liquid electrolyte used in today’s lithium-ion battery cells. That’s supposed to improve performance and improve safety since, unlike the electrolyte, the solid material is inflammable. However, none of that will matter if the car can’t go across town on a charge. That’s one problem.

Another problem has to do with the longevity of the battery itself. So far, Toyota has not found a way to make the batteries last long enough. Customers won’t buy an electric car if the battery pack needs replacing after three years.

Is solid state destined for success? Certainly not with limited range and lifespan. However, should Toyota perfect the technology, it may leapfrog its competitors.

The car industry is a changing beast. New tech replaces old at a fever pitch. Just a few years ago, hydrogen cells were going to be the future. Now, interest in them is waning. Will Toyota’s battery define state of the art in ten years? They may. The carmaker’s multi-million dollar investment in the technology is a wager that they will.

In any case, we’ll be watching. You know Toyota’s competition watches even more carefully. The EV fray is just beginning. How it turns out is anyone’s guess. Pass the popcorn, this should be fun.

Darwin and the Kissing Bug