For years, society held to certain rules about how families and structure. The man was responsible for working and bringing home the bacon, while the woman took care of the house and kids. In the US during the World Wars, all that started to change when the men went overseas to fight and the women had to fill in the jobs the men left behind. Things were never the same after that, and thanks to feminism, seeing women in the workforce became more and more common. However, there are still issues that pop up between men and women when it comes to working and income, especially between couples. Are men threatened by women who make more money? Can it actually hurt a relationship when the woman is the one earning more?

The short answer is that men feel threatened by successful women. In a recent academic study reported by the Huffington Post and Men’s Health, men are more likely to feel unhappy when their wife or girlfriend becomes more successful than them. Men feel like they’re failures when this happens or at least that’s the conditioning. Whether it’s because their friends rib them about being “Mr. Mom” if they stay home with the kids. Or because society at large has very specific rules about masculinity. A man is basically taught that he is “less than” if a woman becomes more successful than him. When this dynamic occurs within a relationship, a man might feel bitter, but unable to say why. Most men know enough to not just blurt out:

“I hate that you’re earning more than me! I’m the man and I’m supposed to do that!”

Since they can’t communicate their feelings openly, the relationship will become strained, and even permanently damaged. 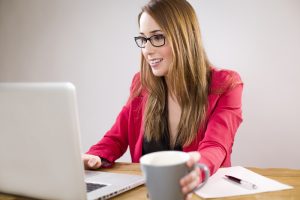 To work through these struggles, communication is key. A woman should understand that her earning more might rile up a man’s ingrained beliefs about gender roles. Even if he isn’t able to come right out and say it. The couple should always be as open as possible about their feelings without judging, so they can begin working through their problems. In terms of what the man can do, he should start telling himself over and over again that his wife/girlfriend’s success is also his success. As a couple, they share the good things that happen, as well as the bad. His partner earning more isn’t a sign that he’s failed, but rather that they are both succeeding and fulfilling their purpose in life.

Gardening Tips – How to Make your Own Compost