Food and Fake News: The Cookbook of the USSR

Home » Healthy Lifestyle » Food and Fake News: The Cookbook of the USSR

The Cookbook of the USSR

Imagine you live in a world where good food is scarce. Every day, you wonder what your family will eat. Then, a cookbook comes out and shows beautiful, glossy pictures of cheese, meat, fruit, and cakes. It would seem a bit out-of-touch, don’t you think? This was the world of the Soviet Union in the 1930s. 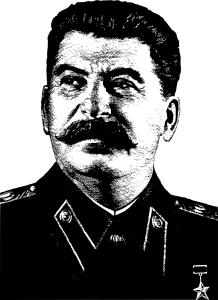 In Russia after the revolution, people expected life to get better. That was the whole reason behind the violent overthrow of the Tsar in the first place. However, food shortages and rationing became a way of life, and the people’s diets suffered in the 1930s. Originally, the communist ideology encouraged people to prepare their meals as a community, so individual women weren’t responsible and could find time to work. That plan didn’t work out very well when there simply wasn’t enough food to go around.

Enter Anastas Mikoyan, the People’s Commissar of the Food Industry. He believed the USSR needed to enter the modern world when it came to food. He traveled to different countries, including the United States, and returned with lots of ideas, like the mass production of canned goods and ice cream, ketchup, and cornflakes. In the late 1930s, he arranged for the publishing of a cookbook that would do away with communal meals and help Soviets cook again.

The Book of Tasty and Healthy Food 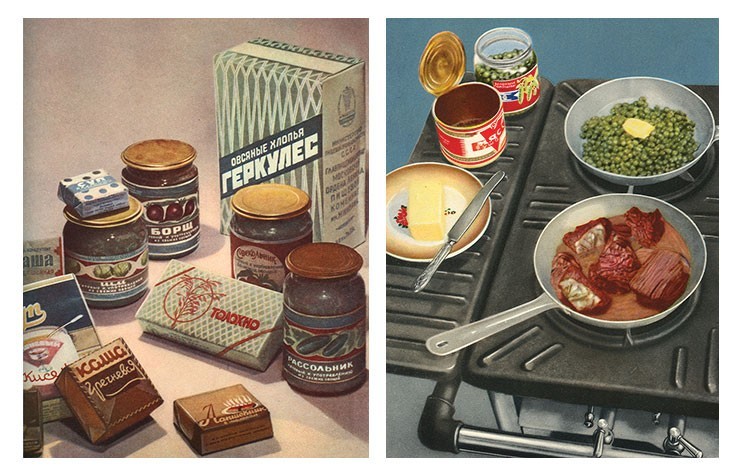 The Cookbook of the USSR: The Book of Tasty and Healthy Food, came out in 1939, illustrated with pictures of caviar, cakes, meat, cheese, and fruit

His book, titled The Book of Tasty and Healthy Food, came out in 1939, illustrated with pictures of caviar, cakes, meat, cheese, and fruit. No one was actually living this way in the USSR and certainly couldn’t afford to buy the ingredients necessary to prepare the dishes. However, it did contain a few recipes people could make, and it didn’t matter that the rest of it was a fantasy. That was what the USSR was selling. The book was essentially telling people that this was what life was going to be like. It was also a form of “fake news” informing the Soviets and the outside world that people were eating well and everything was just fine.

The book sold like the hotcakes it advertised. It helped that it was the only cookbook available besides A Gift For Young Housewives, a cookbook originally released in 1861. That was from the old world, and Tasty and Healthy Food represented the future. Russians remember keeping the book in the living room as a prized item and not necessarily a practical object. In 1952, another updated edition was released. It went even further with the “this is fine” message and lined up more with Stalin’s anti-imperialist and anti-Semitic beliefs. Recipes from other countries were removed so Soviet readers would focus more on their national identity. The book even contained articles claiming that food production had gone up, complete with images of apple-picking and egg farming, even though food shortages continued. The 1952 Tasty and Healthy sold 2.5 million copies.

Tasty and Healthy might be one of the few cookbooks that have books written about it. Olga and Pavel Syutkin wrote The CCCP Cookbook: True Stories of Soviet Cuisine that examines what people were actually eating. It reveals many ingredient swaps people used, such as using capers instead of canned peas. Other common meals include Pasta a la Navy, which is made from noodles, minced meat, and onions, and Rassolnik, a pickle, beef, and barley soup. Like the cookbook of the USSR, The CCCP is illustrated with ornate, colorful pictures. Each recipe’s significance and place in history are described.

As for Tasty and Healthy, it received its first English translation in 2012. You can buy a paperback on Amazon for under $20.

The Book of Tasty and Healthy Food ran over 400 pages long. The first American cookbook, written in 1796, is only 50 pages.

Not Just for the Girls: Why Skincare is for Men and Women