Let us presume that you are looking forward to the Super Bowl with eager anticipation. With a full weekend ahead and only five hours, counting pregame, of football, you’re still left with 43 hours to kill. Or, let us presume that you don’t know whether a football is stuffed or blown up, nor do you give a flying Fig Newton, and want to get away from the hype. You, my friend, have 48 hours to kill. Either way, there is plenty of time for a good movie this weekend. Now, are there good movies coming out this weekend? That’s what we’re here for, Bunky! Let us answer that question. These are the Gildshire Movies for Super Bowl weekend.

While we probably never thought much about it when the stories were read to us as children, Grimm’s Fairy Tales were really…grim. None more so than the tale of two kids lost in the woods who come upon an ugly old crone. In this retelling, with the title reversed, the visuals make the story that much worse. It stars Sophia Lillis as Gretel, Samuel Leakey as Hansel, Alice Krige as Holda, and Jessica De Gouw as Young Holda. Rotten Tomatoes 56, Gildshire 2.0.

“The Rhythm Section,” rated R for violence, sexual content, language throughout, and some drug use.

Revenge has been a movie theme since time began, and this little thriller may be undervalued by Rotten Tomatoes. Blake Lively is one of the best young actresses out there, and is a treat to look at, as well. This film co-stars Jude Law, Sterling K. Brown, and Richard Brake. Rotten Tomatoes 33, Gildshire 3.6.

“The Assistant,” Rated R for some language. 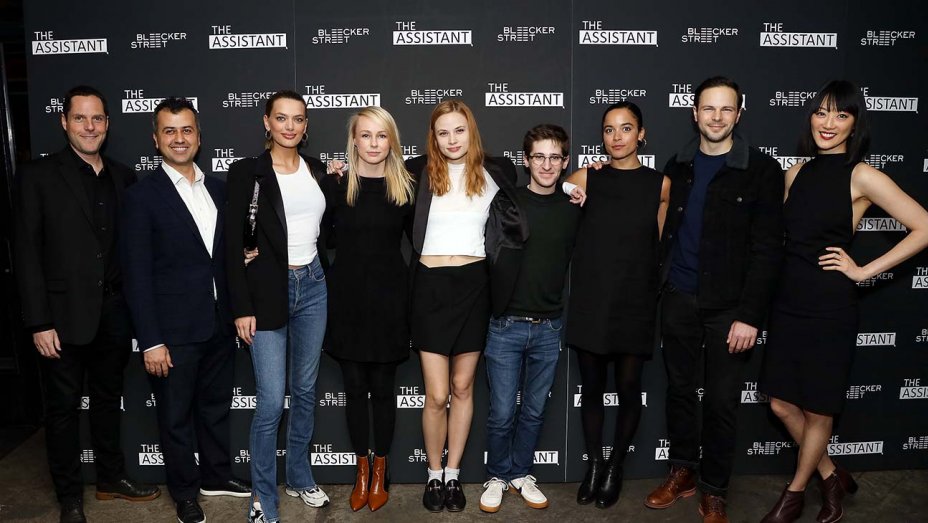 Sexual harassment in the workplace is a hot topic, and sexual harassment in the entertainment industry workplace is a white-hot topic. This gripping movie takes place over one day in such an office. The result is a topical film deserving of the Gildshire Movie of the Fortnight award. It stars Julia Garner as Jane, Matthew MacFadyen as Wilcock, Makenzie Leigh as Ruby, and Kristine Froseth as Sienna. Rotten Tomatoes 86, Gildshire 4.2.

Taylor Swift’s rise from teen singer to pop icon has been masterfully engineered, in no small part, because of her enormous talent. This biopic shows us a backstage look at the young lady we have watched grow up before our very eyes. Rotten Tomatoes 85, Gildshire 3.1.

Guatemala City is one of the Western Hemisphere’s most religious, socially conservative cities. When Jose finds direction from a life of poverty and random hookups, that direction scandalizes his family and friends. This is a subtitled moving coming of age story. But it really doesn’t need the subtitles, because the tale is as old as love itself. It stars Enrique Salanic
as Jose, Manolo Herrera (II) as Luis, Ana Cecilia Mota as Mom, and Esteban Lopez Ramirez as Carlos. Rotten Tomatoes 86, Gildshire 4.0.

Those are the new release Gildshire movies for Super Bowl weekend. Enjoy the shows, and enjoy the game. We believe a team wearing red and white will win.

Looking for Your Passion? Why Should you Stop and What Should You Do Instead?