Amidst the storm and furor over the coronavirus, Gildshire thought today would be a good day to get down to serious business. As spring approaches, so too does the season of the cookie. But, not just any flattened sweet treat. Indeed, those are fine for any random Tuesday in August. No, it is the Girl Scout cookie of which we speak. Which one is the best? Or, do you just snarfle* any of them? If that is the case, some form of measured dignity is needed. That’s why Gildshire’s final Girl Scout cookie list is necessary. To rank order, every Girl Scout cookie ever produced that we might determine a winner. Serious business, especially this year, when we might have to order our Girl Scout cookies online instead of from the adorable cherubs at the Safeway door.

Raisins aren’t the absolute worst thing you can put in a cookie. We will get to that one in a moment. But, we rank these dead last because it would have been so easy to put chocolate chips in these and make an acceptable cookie. Come on! You people in the kitchen weren’t even trying!

I’m guessing you knew this one was coming. Why was it not 14th? Because, in a pinch, you can unscrew it like an Oreo and scrape the peanut butter off. Leaving you with slightly less glue and slightly less smelly feet. Let’s move on.

See above and waste a little chocolate on it for good measure. One wonders who in the peanut butter family has the compromising photos.

I’m not sure what it is about toffee that puts me off a bit. Maybe, it’s because toffee is almost caramel or butterscotch, and then it went to the dark side and started smoking behind Bob’s Footlongs. These cookies aren’t awful, but they failed to reach their true potential.

It’s a shortbread cookie. Yes, it is one of the better ones you will have, but that’s all it is. Maybe it escaped the kitchen before they could dip it in something good. Runaway Cookie! Yes, I would buy one of those.

We only have eyes for one lemon cookie in our top ten, and these hybrid shortbread cookies can’t beat their counterparts.

What a great movie! An adorable little girl is accidentally kidnapped, and teaches her captors about Br’er Rabbit in the process. When we were in college it was a must-rent to show our girlfriends that we were sensitive types who would never have carnal knowledge in mind for later in the evening. Oh, back to the cookie. It’s okay, but the kitchen can do better.

Two things set these apart from the lemonades. First, they have uplifting messages right there at the top. Kind of like conversation sweethearts in cookie form. Second, the fact that they replaced Savannah Smiles this year shows the folks in the kitchen are paying attention to detail.

Shortbread dipped in chocolate. Well done, and they kept the light and crispy attitude of the original. We wanted to rank these higher, except there are Pepperdige Fram Milanos in the world, and these imitations don’t match up.

Adorable children aside, Girl Scout cookies are pretty high in things considered not good for us. But, these tasty little goodies are fairly healthy! The taste doesn’t rank them in the upper echelon, but they aren’t bad, and you can eat half a bag in one sitting and not feel guilty. I can’t say that about Famous Amos.

Chocolate, graham cracker, and marshmallow. In a true departure from their usual offerings, the Scouts have a winner! Oh, fourth place doesn’t seem like a winner to you? This is a tough field, bucko! It takes more than this to crack the upper echelon. Also, we would have liked the marshmallow to graham cracker ratio to favor the marshmallow a little more. Just like it does at the campfire.

I would eat a bag of these in preparation for a long hike, or a long nap. I also wouldn’t complain too hard if you said these were your favorite. That said, there are several cookies out there that are similar. These are great! But, they don’t have that singular Girl Scout flair.

Many of you will say these are your favorites, and we look forward to them with great anticipation. Maybe it is nostalgia that keeps these babies in second place. I’ll think about that later when I don’t have a face-full of Samoa on board. Yummy for my tummy, I hope to shout! 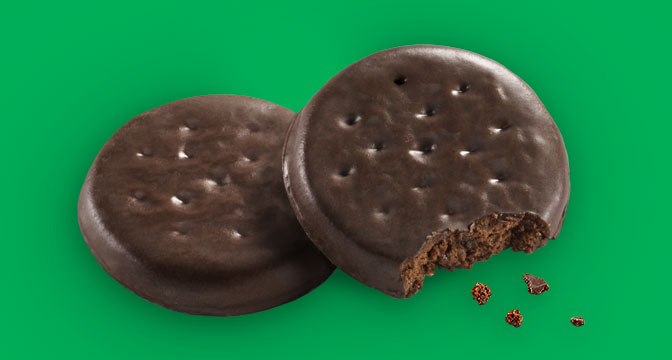 But, these are Girl Scout cookies, old school. Versatile? You can eat them the minute you get them. Or, you can freeze them and pull them out on a hot summer day. Bite off both ends, and drink milk through them. It’s up to you. We mentioned that we could eat half a bag of some of the other cookies. Half of the Thin Mints are automatically gone as soon as one is consumed. Gildshire’s final Girl Scout cookie ranking committee is firm about that. Besides, it’s a state law in many jurisdictions.

Note: To “snarfle” is to consume without the use of one’s hands. Imagine a Jell-O eating contest.

That’s Gidshire’s final Girl Scout cookie ranking. That is, until they come out with another kind. Then, we’ll have to do it all over again. Oh, the humanity.

Sleeping Soundly and Establishing a Bedtime Routine for Kids