All Right, Elon! What Gildshire Wants in a Tesla Pickup

Home » Our World » All Right, Elon! What Gildshire Wants in a Tesla Pickup

A week from now, Tesla founder Elon Musk will stop teasing Twitter and unveil his all-new pickup truck. It didn’t take this long to decide if Pluto is a planet or a gasbag. In a car-buying world in which Ford F-150s are the unbelievable vehicle of choice, it isn’t just that Tesla ought to put a personal pickup on the road. Tesla NEEDS to do that very thing. However, Gildshire is savvier about electric vehicles than we were in 1980, or even 2000. We require Tesla’s pickup to show us some pickup stuff, as well as operate as a state-of-the-art electric people-carrier. We hope that isn’t too much to ask. For comparison purposes, we looked at the so-far state-of-the-art electric pickup. That would be the Rivian R1T, pictured below. So, all right, Elon! Listen up to what we need your pickup to be, and how we want it to behave. 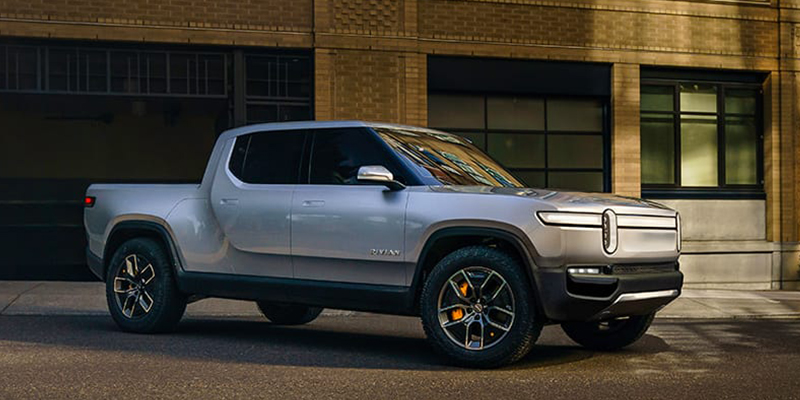 All right, Elon. Here’s the competition. The Rivian R1T.

The Rivian truck carries a 180-kilowatt-hour MegaPack battery that gets 400+ miles of range. Drivers who tow long distances, and often to out-of-the-way places need range and plenty of it. Rivian’s range exceeds any Tesla car. But, that’s understandable as it is a much larger vehicle. Tesla’s truck will be larger than the Model X or Model S. That means more battery space. If the extra space equals 500 miles per charge, we will offer a conditional nod.

There are good reasons for conventional pickups to clear the ground by as much as possible, but there are better reasons for an electric! Protect the batteries, Elon! Or the fishing trip is over before the first lie is told. Air suspension isn’t new to Tesla. So, we hope Team Tesla will give it enough ground clearance, so their truck is as rugged as any on the road.

The Rivian cleverly provides a pass-through under the seats for gear storage. However, the bed of the R1T is only 4’7″ feet long and 4’6″ feet wide. That’s smaller than most midsize pickups. Also, the Rivian’s 11,000-pound tow and 1,760-pound payload ratings are solid enough, but not industry-leading by a long shot.

So, all right, Elon! Here’s your chance to impress the boys who you are targeting. Trucks are about “big,” and Tesla can make the Rivian’s capacity look small. No one at the truck stop takes a pickup bed seriously if it isn’t five feet, minimum. Remember the old Chevy short-bed? Probably not, because it had a short bed. So, Elon! Make sure your truck’s numbers are close to the baddest pickup trucks on the market. You’ll add credibility to “electric” as a feasible way to move on down the road, and kick Rivian’s, um, behind in the process.

Pricing For The Middle Class

If you aren’t drowning in bankruptcies, a truck is within your budget. There are used rigs for a few thousand to Luxo-rigs with leather-wrapped cup holders. A sticker price in the high-60s is reasonable for the Rivian R1T. It’s a cool, high-tech truck. But most of us will find that number to be a little steep. Tesla brought electric cars to middle-class car buyers. Can the thought process that developed the Model 3 carry over to the Tesla pickup? Build your fantasy truck, Elon. We know you want one in the family. But also realize that there is a market among weekend haulers and parents picking up a load of groceries and a quarter-cord of wood.

While Gildshire recognizes that this truck, just like all other cars and trucks, will be priced based on what the market will bear, we want to bring another thought to bear (pun intended). Tesla’s electric cars were the first mass-marketed electrics that were cool. But, they are no longer the only ones. Will the Tesla truck hit a responsive chord with the middle-class, or will it be another elite ride, out of sight and out of mind as soon as it disappears from view? If the former, more people will consider Tesla when it is time for a new car…or truck. If the latter, well the Ford F-150 is still the best-selling vehicle in America. “Shall we check out the Ford dealer on Saturday, honey?”

All right, Elon. Show us what you want us to see. We’ll let you know if it is what we want to see.

Introducing the Capsule Wardrobe: Minimalist Fashion at its Finest