Let’s play “What’s more American?” Baseball? Good guess, so let’s see what we can learn. “A striking and fielding team game that involves hitting a small, hard, leather-cased ball with a rounded end wooden, plastic or metal bat. The players score by running around the four bases on the field.” Baseball, right? Nope, that’s Rounders, an 18th Century British sport. How about apple pie? Yummy, and all-American, right? Well, the first Thanksgiving didn’t include apple pie, because apples are native to Central Asia. They were only brought to America in the late 17th Century. So, if baseball and apple pie aren’t quintessentially American, what is? Gildshire suggests the Macy’s Thanksgiving Day parade. Inaugurated in 1924, the Macy’s Parade celebrated its 92nd year of operation this year under temperatures that hovered in the high teens. Our Lev Radin was there, shooting photos for Gildshire’s Mall of Magazines. 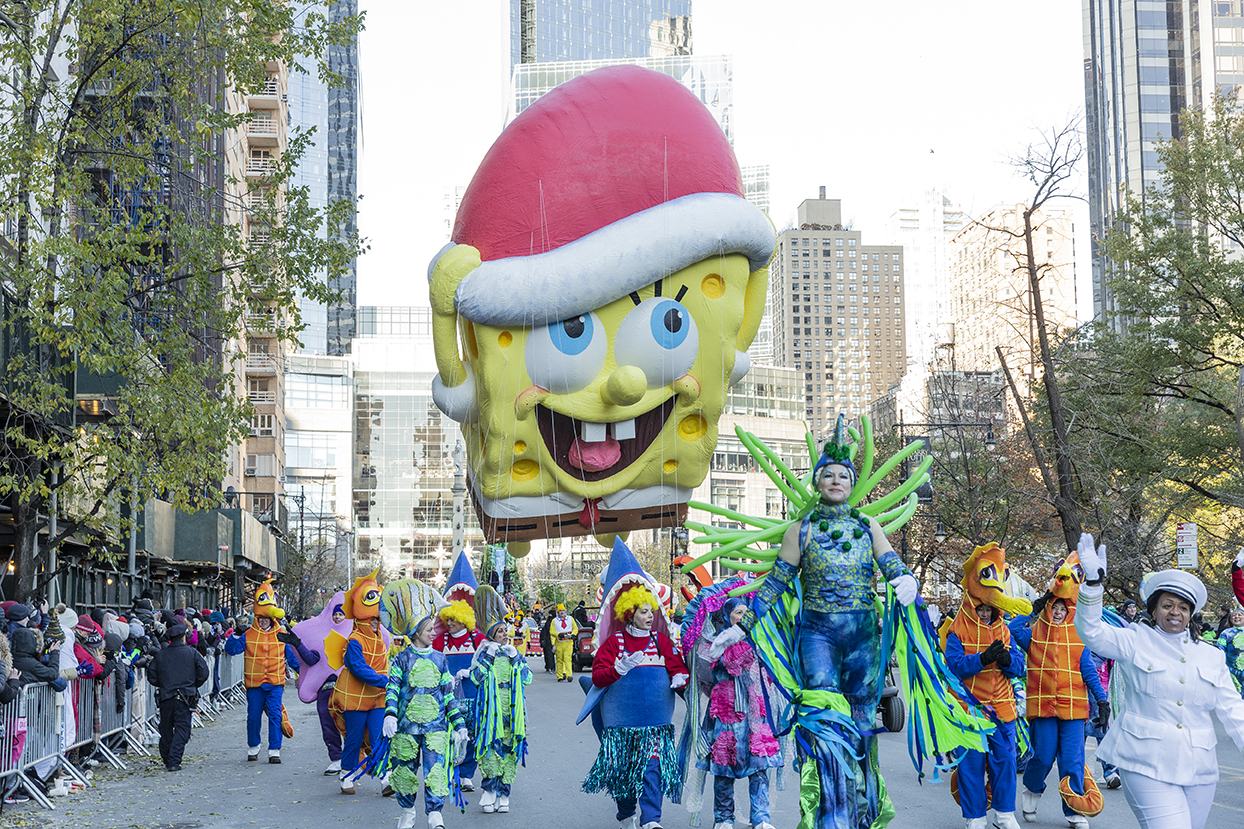 This parade has always been about performance art, in addition to floats, balloons, and an appearance by you-know-who. For 17 years now, the Macy’s Thanksgiving Parade has included a star-studded cast of top performers singing and dancing for the spectators lucky enough to be on the route and the viewing audience who have tuned in to NBC since Thanksgiving Day 1948 to watch the spectacle. 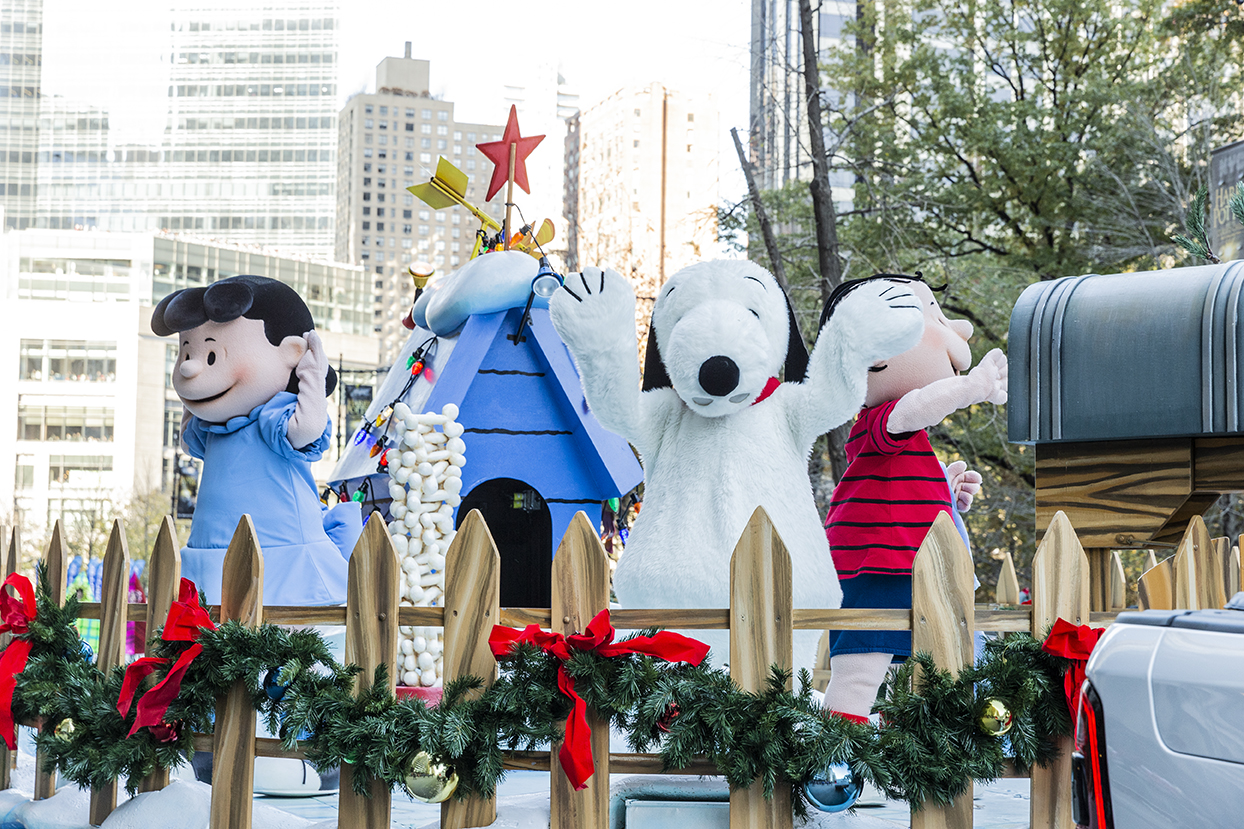 New York City is nothing if not the Mecca for live theater. In honor of that artistic expression, hot Broadway shows take their position on the parade route, performing song and dance numbers from the hits. This year, Mean Girls, along with My Fair Lady, Summer: The Donna Summer Musical and The Prom were the Broadway shows highlighted in the Macy’s Parade. 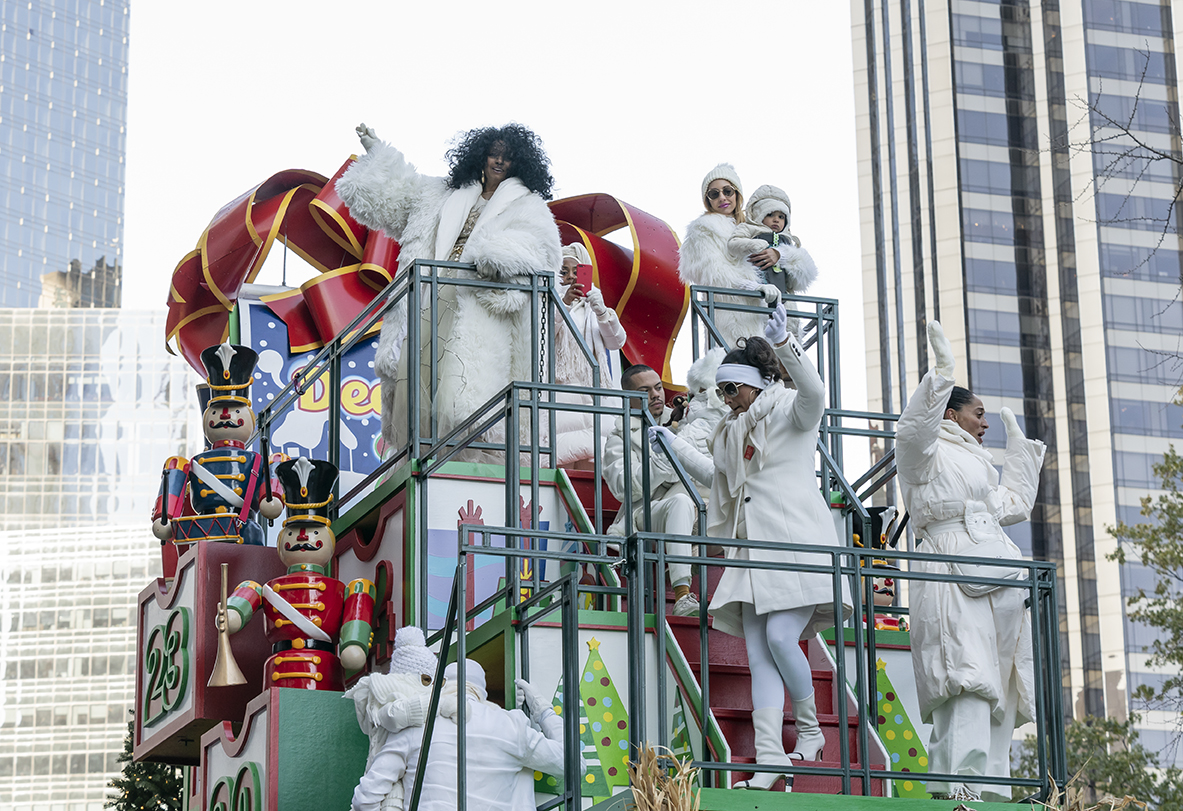 We are told in “The Music Man” that there are 76 trombones in the big parade, and 101 cornets right behind. The Macy’s Thanksgiving Day parade is no exception, and marching bands are part of the show. What an honor! Cold temperatures weren’t about to freeze the smiles on the faces of the trumpet players, oboeists, sax wailers, and flutists along the route. Honored bands for this year included CNS H.S. Northstars marching band, Cicero, New York, along with Grants Pass H.S. marching band and color guard, Grants Pass, Oregon, Park Vista High School marching band performers, Lake Worth, Florida, Riverside City College Marching Tigers, Riverside, California, and Woodland High School Wildcat marching band, Cartersville, Georgia. 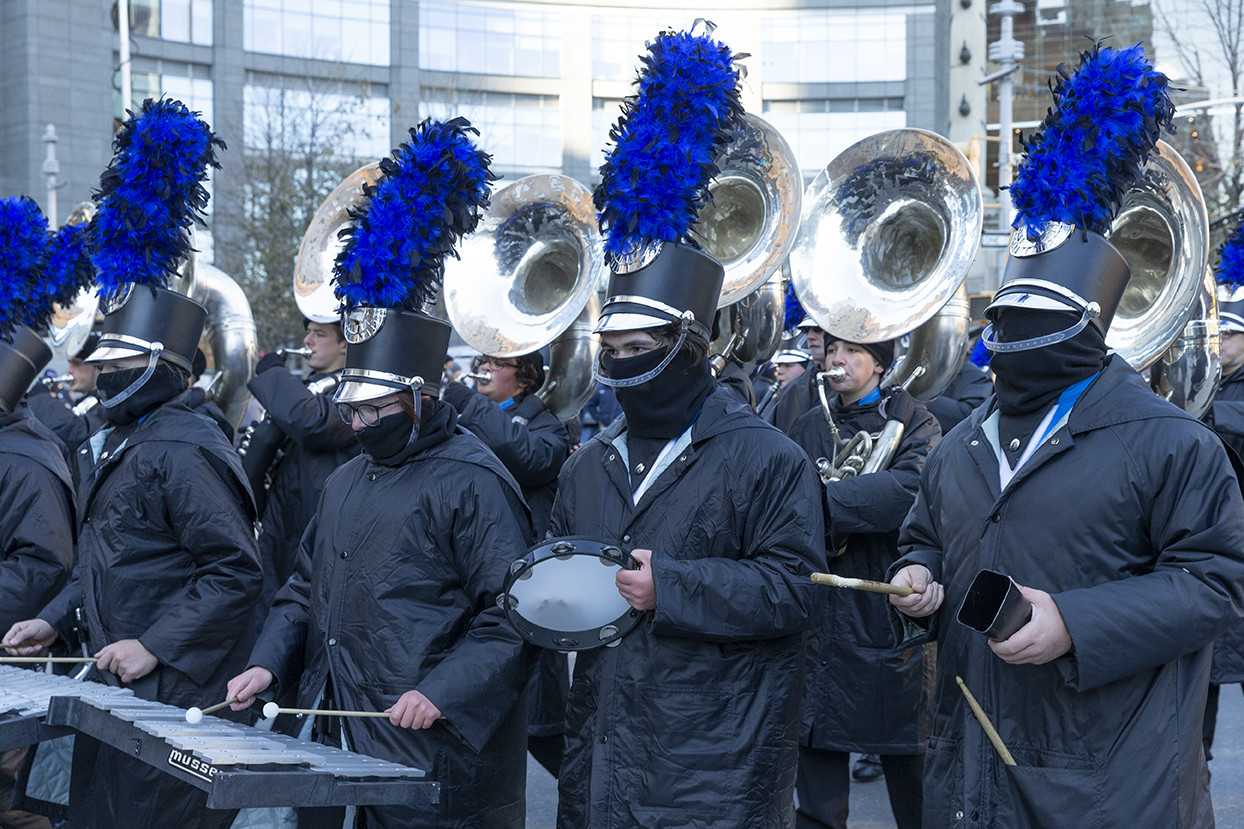 At the end of the day, though, one appearance lets the world know that the holiday season is here. Made famous (in this context anyway) in the 1947 movie “Miracle on 34th Street, Santa Claus arrives in Herald Square. Thus ends the Macy’s Thanksgiving Day Parade and begins the 33-day runup to Christmas Day. Does it get any more American than that?

Did I just hear you say, “Words, words, words, but show us Lev’s pictures?” Gildshire agrees wholeheartedly, so Lev, my man, show us the pictures! Happy Holidays, everyone.

Buck Showalter is No Longer Manager of Baltimore Orioles