Semi-precious Stones that Match your Zodiac Signs – Are they for Real?

There are gemstones that match up to each sign of the zodiac. The gemstones associated with these signs for an incredibly long time, though it doesn’t mean there is anything to the idea that there is specific energy expressed through the semi-precious stones. Read further to find out more about this interesting concept.


Each of these stones has certain properties attributed, including that of physical and mental health. An example is that the Aquamarine, which is the gemstone for Pisces, thought to bring about a sense of control and moderation of the wearer’s passions. It is also considered to aid with self-esteem.

Another is that of Scorpio or the Topaz. Believed for a long time to prevent sudden death and that keep the wearer from exhibiting signs of mental disorder. It also strengthens the person’s mind. 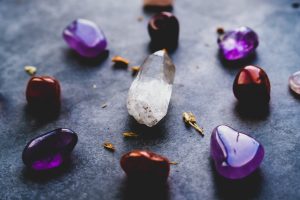 
There also are some magical properties attributed to gemstones. A traditional belief of the Middle East was that Turquoise, the gemstone for Sagittarius, prevented accidents such as falls. Amethyst, the gemstone for Aquarius, believed to provide clarity of mind and be ideal for promoting creativity and courage.

A Final Word on Zodiac Gemstones


These stones are each imbued with energies from the ruling planet of the sign (or the Sun in the instance of Leo, and Moon in the instance of Cancer). Though it’s not a stretch to include planetary attributes to the zodiac gemstones, there is no real scientific proof of these energies existing within the stones. Physical science does not uphold any connection between these semi-precious stones and the zodiac signs named as counterparts. Ultimately, you will have to decide for yourself how much stock you will put your belief in and the value of zodiac gemstones.

Lessons Learned During the Lockdown