Tradition! In “Fiddler on the Roof,”the Mama and the Papa held fast to tradition as the foundation of family life. Said Tevye, the family patriarch, “Because of our traditions, everyone knows who he is and what God expects him to do.” Whether God’s expectations are lived out in American Thanksgiving tradition is a matter between you and your Creator, we don’t judge, but tradition is a big part of our Holiday experiences. Where did they come from, and why? Are they worth keeping or do we just do them because we always have done them? (That isn’t a bad thing, by the way.) Are you open to new ideas? Or, not so much? Wherever you stand on the subject of tradition, here are some thoughts to consider or reject. 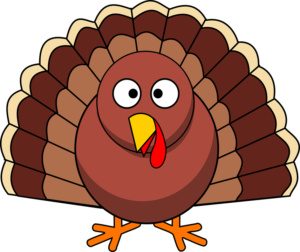 “What are you doing? Get away from me!”

Tom Turkey Himself: The Thanksgiving feast usually involves a large bird, dressed early in the morning, because as comedienne Roseanne Barr once said, “Nothing is more festive than 5:30 in the morning with my hand up a turkey’s {behind}. Is it historically accurate? While there may have been wild turkeys in the area our most-trusted Pilgrim history chroniclers combined any wild fowl under the category of “turkey.” While we aren’t sure about the turkey, we know that seafood (including eel. Ewww.) was on the table. Alternative: Other than ham, there are no stand-ins for the turkey. That doesn’t mean there shouldn’t be alternatives. If your family doesn’t like turkey, roast a prime rib. For some, that’s what they’re talking about when they say “feast.”

Backyard Football: You haven’t had any meaningful exercise since August, so of course you will endanger those cold-weather muscles with a hearty round of backyard or street football. Is it any wonder that EMT’s hate to work this day? We get it, and are the last ones to suggest another day of laying around on the couch. That said…Alternative: How about a paintball tournament? Besides being an indoor activity, this is an action game that will bring generations together in friendly family combat. Work up an appetite in 70 degree comfort and take out your aggressions against your older brother.

For What Are You Thankful: We aren’t going to mess with this one…too much. That said, rules are in order. No one is allowed to say anything about other family members, health, or money. Boring. Spice up the game a little, too. Alternative: Every one writes down their thanks on a slip of paper and drops the paper into a bowl. One by one the slips are taken out and read by the designated moderator. The family guesses who wrote the thanksgiving note. 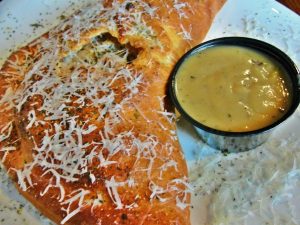 Leftovers: We hesitate to mess with this one, because the Thanksgiving evening turkey sandwich is sacrosanct in the Gildshire family. Include some smoked cheese and hot mustard, slap on a leaf of lettuce, all on a burger bun and “Wow.” However, we like this idea, for a change. Alternative: Thanksgiving calzone. Roll out some pizza dough (Pillsbury makes a fine one if you don’t want to make your own) and toss in layers of turkey, mashed potatoes, stuffing, and cranberry sauce in that order. Brush with an egg wash. Bake for 20 minutes in a 350 degree oven. Top with a little cheese, if desired. Spoon hot gravy over the calzone and serve.

Black Friday: I know we said we don’t judge, and we don’t. But, really? Doesn’t heading to the mall in the late night shorten a holiday already squeezed by Halloween on one end and Christmas on the other? Instead, try this idea, as revolutionary as it might sound. Alternative: No Black Friday. Instead, invite friends over for a craft party, if you are the crafty type. Or a long evening of convivial conversation if you aren’t crafty. Keep the television turned off and social media shut down. Concentrate on who is in front of you. Bond over your shared affection for each other and you’re mutual loathing of Black Friday. We promise that relationships will deepen and learning will take place.

Whether these ideas sound good, spark an interesting idea of your own, or are rejected out-of-hand, no worries. We at Gildshire Magazines wish you and yours the happiest of Thanksgivings. Enjoy the holiday and the traditions you love. Unless its Black Friday.