The Raw Water Trend Is Too Risky

written by Emmaline Soken-Huberty May 2, 2018

Home » Healthy Lifestyle » The Raw Water Trend Is Too Risky

Water is life. You don’t have to read a healthy lifestyle magazine to know that. However, there are dozens of water companies trying to convince you their water is the best, and with horror stories like Flint and the lead in its pipes, thinking about where your water comes from is important. People touting “raw water” are certainly thinking about it. 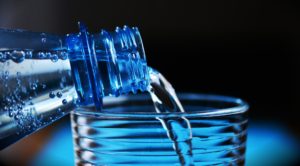 Is water from a natural spring healthier than bottled water?

What is “raw water” exactly? It’s natural spring water that’s untreated, unsterilized, and untreated. Companies like Live Water and Tourmaline Spring are collecting it and selling it at high prices, and people are actually buying it for prices as high as $6-$7 a gallon. They claim it’s packed with healthy minerals that bottled water and tap water remove. Raw water is also safer than municipal water, the supporters say, because that water is full of junk like pharmaceuticals and dangerous chemicals. One of those chemicals? Fluoride.

The story of fluoride

In 1945, Grand Rapids, Michigan became the first city in the United States to add fluoride to its drink water to prevent tooth decay. This experiment actually originated from the discovery that too much fluoride causes brown spots on people’s tooth enamel. Interestingly enough, browned tooth enamel is actually resistant to tooth decay. The head of the Dental Hygiene Unit at the National Institute Health did more research to find out what amount of fluoride could prevent tooth decay without causing those brown spots. He succeeded, and Grand Rapids voted to have that level of fluoride added to their water. 11 years later, Dr. Dean learned that the rate of tooth decay in children born after the fluoridation was 60% lower than those born before. Fluoridation became common in major US cities and the CDC calls it one of the 10 greatest public health achievements of the 20th century. 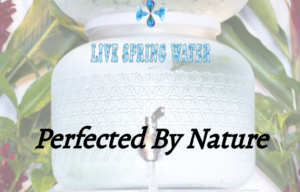 Raw water fans aren’t too impressed. The founder of Raw Water calls fluoride “a mind-control drug with no benefit to our dental health.” His raw water, on the other hand, supposedly has lots of benefits which are not proven. In fact, raw water can be full of viruses and bacteria from various algae and plants, while fertilizers and heavy metals from industry and agriculture also leech in.

The main issue is that there are no standards for “raw water.” The companies supposedly test for the dangerous stuff (and even have some impressive-looking charts and diagrams on their websites), but there’s no regulation. The EPA regulates tap water and is on the lookout for 90 different microorganisms and other contaminants. For bottled water, the Food and Drug Administration sets regulations. With raw water, you have no idea what you might be consuming.

Why risk it? Buzzwords like “natural,” “pure,” “untreated,” and so on catch people’s attention. Many believe that natural is the same thing as “good,” but lots of natural things are bad for you. We also tend to fear the word “chemical,” even though technically everything is made of chemicals. Some are bad and some are good. Fluoride, in the right amount, is good for us. 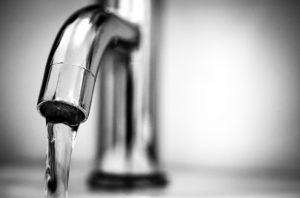 If you’re worried about tap water, get a good filter

Invest in a good filer if you’re concerned about the quality of your tap water. The CDC requires that all water utilities let their customers know where their water comes from and the level of contaminants. You can find more about your water in the Consumer Confidence Report available from your water provider.

LSD and acid are two examples of chemicals whose use you won’t find advocated for in a healthy lifestyle magazine. Why, then, did the CIA use them on American citizens without permission?