Translating The World’s Most Ancient Texts

Gilgamesh, Odysseus, Achilles, Aristotle, and Plato…these are familiar names to most people. Even if you’ve never read translations of the Epic of Gilgamesh, the Iliad, or the philosophies of Aristotle and Plato, you have been influenced in some way by them. Written in now-ancient languages, how do these ancient texts get translated? How do we keep them relevant? 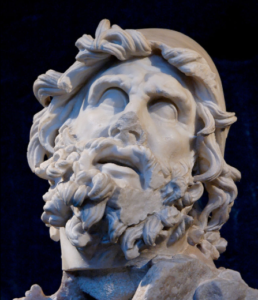 Bust of Odysseus, one of the heroes from The Iliad and The Odyssey

Translation is essential for preserving important thought, philosophy, and story. During the second half of the 8th century, Islamic Abbasid caliphate knew this. The caliph and his family sponsored translation of Greek philosophy and science, and spent a lot of money on it. Even as the Greek and Roman empires fell, Greek remained the intellectual language. Christians were actually the ones who knew it best, so the Muslims went to them to translate. It wasn’t an easy task, because sometimes text had to be translated from Greek to Syriac (language of Syria), and then into Arabic. There was also no real method for translating the ideas in the Greek text to Arabic. The translators were working from the ground up.

Why go to all this effort? Researchers believe it was a political move. In order to compete with neighbors like Persia and the Byzantines, the Abbasids knew they needed to prove that they could preserve Hellenic culture and thought. They wanted to do it better, in fact. Translating classics became a test for the intellectual dominance of different cultures.


For centuries afterwards, nearly all of the translations were done by rich white men. They were known as “classicists,” and they were the elite of the elite. Women and people of color were shut out, limited by their educations. However, there have been several women who stand out. In the 17th century, Lucy Hutchinson created the first complete English translation of Lucretius, but it was never published. As a woman, she wasn’t taken seriously.

Now, the tides are turning. In 2009, Sarah Ruden became the first woman to translate The Aeneid, followed by Caroline Alexander’s Illiad. Does it matter if a man or woman does the translating? It can, because translating classics is much more than just finding corresponding words and phrases. Every translator brings their own ideas and background to the table, and now that the field is opening up, who knows what unique discoveries might be unearthed with new editions? 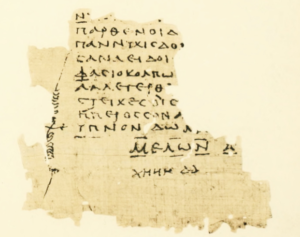 A fragment from a book of poetry by Sappho

How do translators work, anyway? There are different methods. Some go line by line, comparing other versions to one another. It can be difficult, because with a language like Babylonian, one word might mean an entire phrase in English. Translators who really care about making ancient texts accessible to everyone will experiment with lots of different words, while always trying to capture the original meaning. Some like to mark places where fragments are missing, even if it’s just a single word, while others don’t bother. It depends on who the target audience is and how detailed the translator wants to be about their process.

Why do translations of ancient texts matter at all? What can be learned from books that are thousands of years old? That’s a question that good translators ask themselves all the time. Classics have influenced every work of literature and philosophy that came after it. If you look at the fragmented verses of Sappho, a mysterious figure who has become a symbol for love between women, her work looks just like modern poetry. The hero story structure of Gilgamesh has been copied over and over again, and is experienced these days through superhero movies. For lovers of literature, language, philosophy, and story, the classics matter, so translation matters.

Speaking of translations, has the indecipherable “Voynich Manuscript” finally been solved? Read here to find out.