Do You Wanta Fanta? Origins Of The Orange Soda

Home » Healthy Lifestyle » Do You Wanta Fanta? Origins Of The Orange Soda

If you do a little research into Fanta, the orange soda famous for its catchy jingle and brightly-colored commercials, you’re going to see people claiming that the Nazis invented it. According to those folks, the Nazis didn’t want their leader seen drinking an “American” beverage, so they made their own. That’s a misinterpretation of the true story. 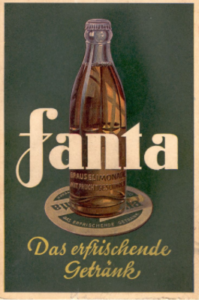 Before WWII, Coca-Cola was a huge success in the United States, but internationally, it wasn’t doing so hot. The only exception was in Germany, where the drink set sales records. In 1939, Coca-Cola had 43 German bottling plants and 600 distributors. When war broke out, however, things got complicated. The trade embargo made importing the all-important Coca-Cola syrup almost impossible. It was up to one man – Max Keith – to solve the problem. He became determined to make a new product from scratch for Coca-Cola.

Unlike the orange we recognize, the first Fanta was actually apple-flavored, using “trash” ingredients like whey and apple fibers. It also used caramel coloring, so it looked just like the original Coca-Cola. When brainstorming an idea for the name, Keith told his team to “use their imaginations.” The German word for “imagination” is “Fantasie,” and one of the salespeople blurted out, “Fanta!”

Luckily for the company, Keith bypassed the ban on sugar imports, so when Fanta was released, it had more sugar than any other soda on the German market. It quickly became the most popular, and was even used to flavor soups, since people were so desperate for sugar. In 1943, 3 million cases sold.

During the war, Keith had no contact with the head honchos in Atlanta. There was concern that he was working with the Nazis. When the war ended, they learned he had never joined the Party, even after harsh pressure. He happily turned the Fanta name back over to Coca-Cola, so the company seamlessly went back to work. Their first order of business was to discontinue Fanta. 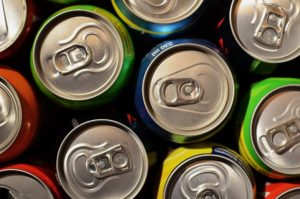 Fanta comes in dozens of flavors besides orange

The drink made a triumphant return in 1955, as Coca-Cola began competing more aggressively with Pepsi. It arrived in the US in 1960, now in that classic orange flavor. It was marketed more heavily in Europe, South America, Asia, and Africa, which is why Fanta is so much more popular outside the US.

Fanta comes in tons of flavors beyond orange, most of which you won’t see in stores here. Back when it was first created, the Amsterdam Coca-Cola plant faced the same problems with the trade embargo, so Keith let them use the “Fanta” name. Their recipe was flavored with elderberry juice. Today, you can find flavors like Sour Watermelon (Australia), Raspberry (Austria), Banana, Grapefruit (Israel), and Shokata, which is flavored with elderflower, a traditional drink in the Balkans. Japan has the most flavors by far, with far-out ones like Lychee, Pine Fruit, Melon Cream, and “The Mystery Fruit.” You can find some of the more unusual flavors in Coca-Cola Freestyle machines.

Decaf coffee was also born in Third-Reich Germany, though its connection to the Nazi Party is a bit closer than Fanta.