The Rarest Diseases Ever Recorded

We’ve all been sick. Some of us have even been really sick, and we definitely know people who’ve suffered from serious illness. However, some diseases are so rare, only a handful of cases have been recorded. Here’s a list:

Named after a mysterious skin condition recorded in France during the 17th-century, this disease brings on the sensation of something biting stinging beneath the skin. The odd part is that the skin seems to produce blue, red, and black fibers. About 14,000 have been diagnosed.  In an article from 2008, many doctors say the condition is a delusion. A person suffering from eczema or other common diseases scratches themselves, and hair from clothing and other textiles gets stuck. The person believes their skin is actually producing the hair. For those who have the condition, they insist the fibers are beneath the skin, and aren’t just stuck. 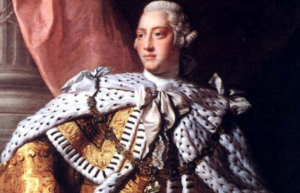 Caused by issues with the production of a protein essential to red blood cells, this disease attacks the skin and nervous system. Common symptoms include stomach pain, vomiting, and constipation, but reddened teeth and nails, and purple feces and urine are the disease’s definitive features. Porphyria also causes skin sensitivity, leading sufferers to avoid the sun. The legend of vampires may have stemmed from the condition. Many famous English figures may have had porphyria, including “Mad” King George III and Mary Queen of Scots.

A descriptive name, this disorder results in people suddenly speaking with a different accent. The first case emerged in 1941, where a Norwegian woman suddenly began speaking with a German accent. Only 60 total cases exist, and while it was first believed to be a psychological issue, in 2002 scientists figured out a physical abnormality in the brain links all the sufferers. A traumatic brain injury might be the cause. 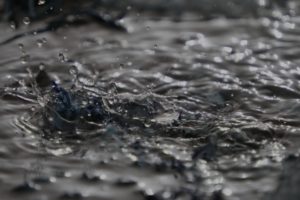 Rain presents a terrifying problem for those allergic to water

Only 30 diagnosed cases of this disease exist. It’s basically an allergy to water. Possibly caused by a hormonal imbalance triggered by giving birth, the most famous case is of a 21-year old woman who suddenly couldn’t drink water or get wet without breaking out into an agonizing rash. She can only drink Diet Coke and shower for 10 seconds per week. Now, the human body is mostly water, but the woman hasn’t exploded or anything like that. Her own tears and sweat do cause a rash, however, making her life complicated. Thankfully, there are medications that can help.

Almost a decade ago, a 28-year old law student suddenly began growing fingernails all over her body. Caused by an overproduction of skin cells per hair follicle, she’s growing hard nails instead of body hair. It causes her skin to scab, and affects her ability to walk and see properly. She lost nearly 200 pounds. The cause? No one knows. Tests have come back negative on other diseases, and while she’s on 25 medications, none seem to be tackling the root of the problem. She is the only person in the world with this condition.

Want to read about the disease that took out 2/3 of Europe? Check out the article here!