Ever wished you could take a pill to make you smarter? It sounds like the stuff of science fiction, but “smart drugs” are a $1-billion industry taking the health and fitness industry by storm. You might have even seen an ad in a healthy lifestyle magazine for nootropics, but what are they exactly? Are they safe? 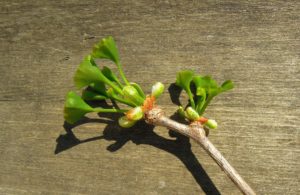 Known today as “nootropics,” a term coined in the 1970’s, humans have sought out cognitive enhancements since ancient times. Think ginkgo biloba and fish oil, which boost improve memory and brain performance. The smart drugs we know today, however, weren’t created until the 1960’s. The first “real” nootropic – Piracetam – was formulated in 1964 by a Belgian chemist. Dr. Corneliu E. Giurgea developed a criteria list nootropics should adhere to. This led to an exploration of racetams, which work by affecting acetylcholine, a neurotransmitter in charge of memory formation and logical thinking.

The Soviet Union studied racetams extensively. Instead of just boosting a person’s brain power, however, they wanted to figure out how to control minds. Their research didn’t led to that (luckily), but it did help other scientists in the 1970’s and ‘80’s. In 1971, Dr. Giurgea, the originator, coined the “nootropic” name, which combines the Greek for “mind” and “to bend.”  Today, nootropic drugs are regulated by most governments. In the U.S., a nootropic can’t legally be sold unless it meets certain standards, and it might be available only by prescription. Dietary nootropic supplements, which are different than drugs, can be sold freely unless a problem appears.

What are nootropics exactly?

What goes into a nootropic? You’ll see a variety of amino acids, like l-theanine, which has been shown to reduce stress. You’ll also find stimulants that boost feelings of happiness like phenylethylamine. Omega-3 is also very common, as are herbs, B-vitamins, and antioxidants. Companies dole out nootropics designed for a variety of purposes, like faster learning, better sleep, and better focus. They’re intended for students, high achievers, and any other healthy individual who wants a way to turn their brain power up a notch. 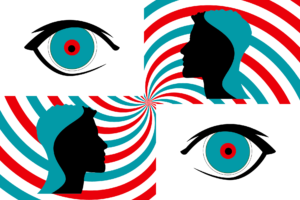 Could we become too dependent on nootropics?

A lot of medical professionals are concerned about nootropics. Messing with brain chemistry is always risky, and there isn’t a lot of research into what happens when someone takes a smart drug for a long time. And what happens if they stop taking it? Could the brain become unable to perform basic functions without nootropics? Other potential side effects include disruption of the nervous system, sleep problems, memory impairment, weight gain, and intestinal issues. Scientists are also unsure about how nootropics interact with each other and other medications.

If you want to investigate a nootropic, but aren’t quite sure if they’re safe, you can try herbal ones. The Chinese club moss plant, used in traditional Chinese medicine, contains high amounts of Huperzine A. Studies have shown it improves memory and treats the symptoms of Alzheimer’s. Arctic root (Rhodiola Rosea) is another traditional medicinal herb and reduces stress, fatigue, and mental fog. It can also help with treating mild to moderate depression. You should always talk to your doctor before taking any supplement.

The future of nootropics

Nootropics aren’t slowing down. Projections show that the industry will be worth $11.6 billion by 2024. Companies will continue to experiment and research, and we’ll know more about what works and what doesn’t. Some people are concerned that this focus on brain power diminishes individuality and creativity. If we become a society driven by smart drugs, will we turn into human computers? Time will tell.

Nootropics have been around for thousands of years, but researchers didn’t always know about their true potential. In this healthy lifestyle magazine article, learn about how scientists recently realized that a party drug might be the next breakthrough for treating depression.

Between Two Worlds: Anna May Wong