Today’s the day! Is there a better three-word combination phrase in the English language? It can mean anything from your birthday to a trip to Disney World. “Today’s the day” is filled with magic and wonder. That’s why we used it for this day, March 28, 2019. At 1:05 eastern/10:05 am Pacific, in either Yankee Stadium or Nationals Park (depending on which Star Spangled Banner singer holds the high note longer) a pitcher will throw the first pitch of the 2019 MLB season. Today’s the day! In celebration of MLB Opening Day, Gildshire offers our thoughts on the American League. What will we be carefully watching this season? Will there be a surprise team or two? Or will the chalk prevail and the same teams make the playoffs as made them last year? Settle in for the next 400 words, or so, and let’s break it down together.

Can any team in the American League East break the stranglehold of New York and Boston?

We love suspense and pennant races that come down to the wire. That’s why we will enjoy the A.L. East. We also like surprise teams that rise from the ashes like a Phoenix, dethroning established power. That’s why we won’t enjoy the A.L. East this year. We would love to see a third team jump between the Yankees and the Red Sox. But, logic tells us that it will be New York/Boston, or Boston/New York and the rest. 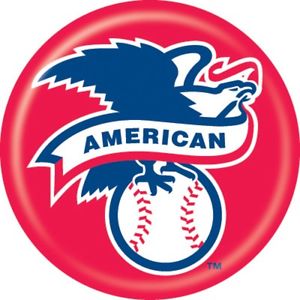 If there is a vulnerable favorite in the American League, Cleveland may be the most likely candidate. The Minnesota Twins are improving, and the Chicago White Sox are flexing a little. Detroit and Kansas City appear to be 1-66 years away. Chances are, Cleveland will win enough games to win the division, but not enough games to garner home field advantage in the playoffs. As one Gildshire reader said, “The Tribe is one of the Big Four, but they are the littlest of the Four.” Wise words, those.

Are the Houston Astros playing the regular season for playoff seeding?

It would appear so. Let’s take a look at the rest of the American League West. The A’s will hit a bit, but Oakland’s pitching staff is suspect at best. The Los Angeles Angels of Anaheim appear mired in .500 mediocrity. Texas has issues in the starting rotation and the front of their bullpen. Seattle is a rebuilding mess whose starting lineup today may be mostly gone by August 1. Meanwhile, Houston has what is arguably the best rotation in the game and thunder throughout the starting lineup.

No surprises? There will probably be teams that surprise us, but we don’t know where to look for them. I guess that’s what they mean by “surprise.” Good luck to your team, wherever they may be. Wee Willie Keeler said it best. “Hit ’em where they ain’t.” Good advice, even today.

Flying Elephants Anyone? Gildshire Goes to the Movies