According to the National Oceanic and Atmospheric Association, the temperature in Phoenix, Arizona is expected to approach 120 degrees this week. According to Gildshire Magazine‘s crack Science department, humans were never meant to live in such conditions. Residents of the Valley of Hel, er, The Sun should drive immediately to one of several California beaches. 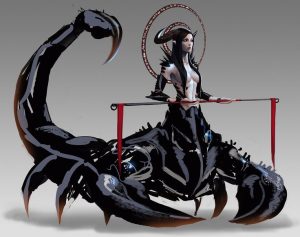 The potential for a weather-related evolutionary episode is real. Temperatures that reach such numbers have been known to boil the brain, blending human and scorpion DNA. While the weather this week may not bring about a full-on panic, we wanted to give our readers a heads-up. There are places you can go! A State that touches Arizona offers a veritable Shangri-La of solace from the scorch. Those who have chosen to subscribe and be our friend got this information first. Just to be safe, consider being one of those folks before the next weather crisis strikes. 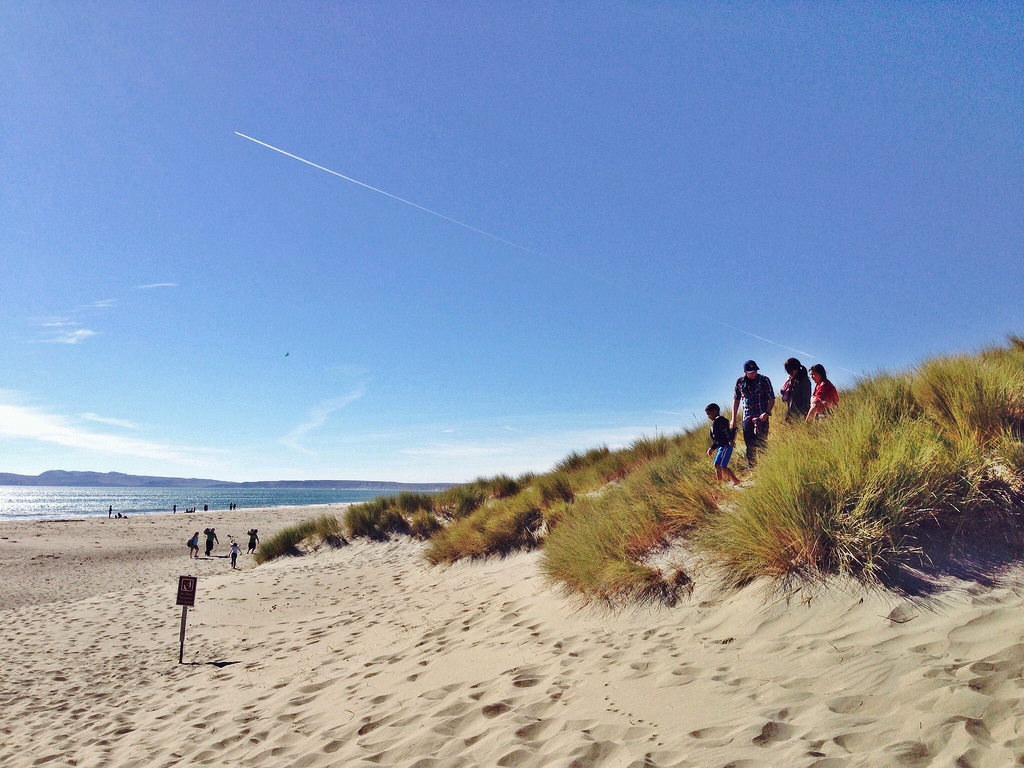 A family prepares to enjoy a day at Limantour.

Amateur ornithologists should know there is a bird sanctuary less than two miles up the beach. Visitors to Limantour like to watch the sun set over the blue Pacific from behind the warming flames of their campfire. If you do intend to build a fire, be sure and obtain a beach fire permit.

Leadbetter Beach: Santa Barbara has more going for it than almost any city one can imagine. Perfect weather, striking terrain and a gorgeous downtown make S.B. a dream scenario.

If you are daydreaming about one of the California beaches make Leadbetter the object of your reverie. Plenty of soft, white sand in harmony with swaying palm trees make this an artist’s inspiration. Are those surfers in the water? Indeed, wave runners are scoping the perfect curl and riding it to the sand. 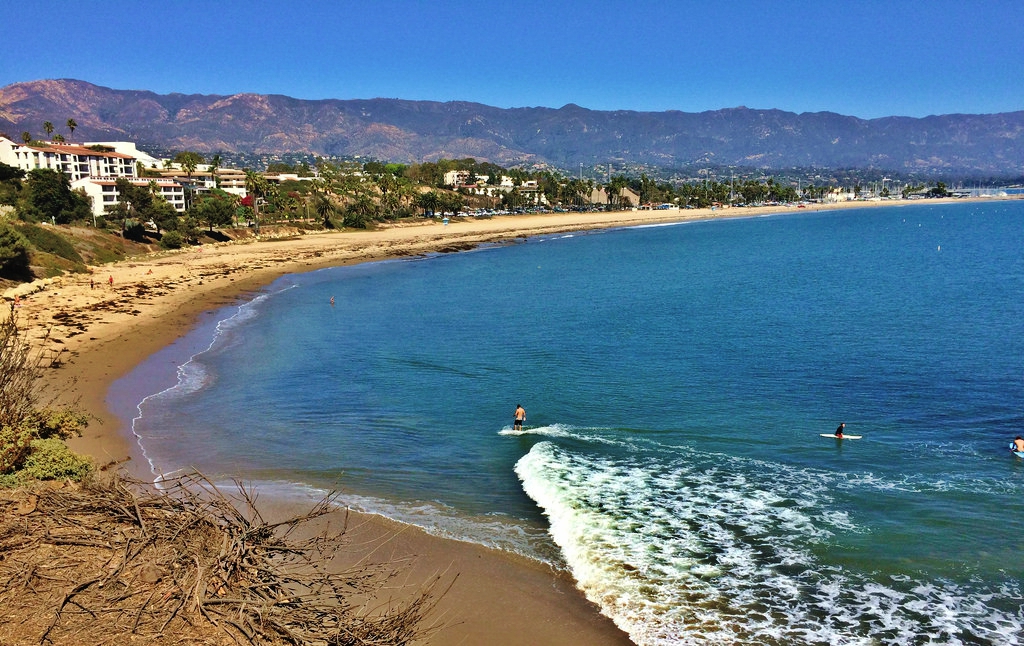 How gorgeous is Leadbetter on a sunny day?

Ocean Beach: The tanned and cut staff and management of Gildshire Magazines have been known to relax on Ocean Beach. The combination of sunsets, beginner-friendly surf, and easy access to fish tacos make it a favorite of the locals. After the Gaslamp District and a certain Zoo, Ocean Beach is our go-to for a relaxing San Diego vacation under an endless blue sky.

Mission Beach may get the bigger crowds, Torrey Pines the golfers and Coronado the history buffs. But, Ocean Beach is one of our favorites. 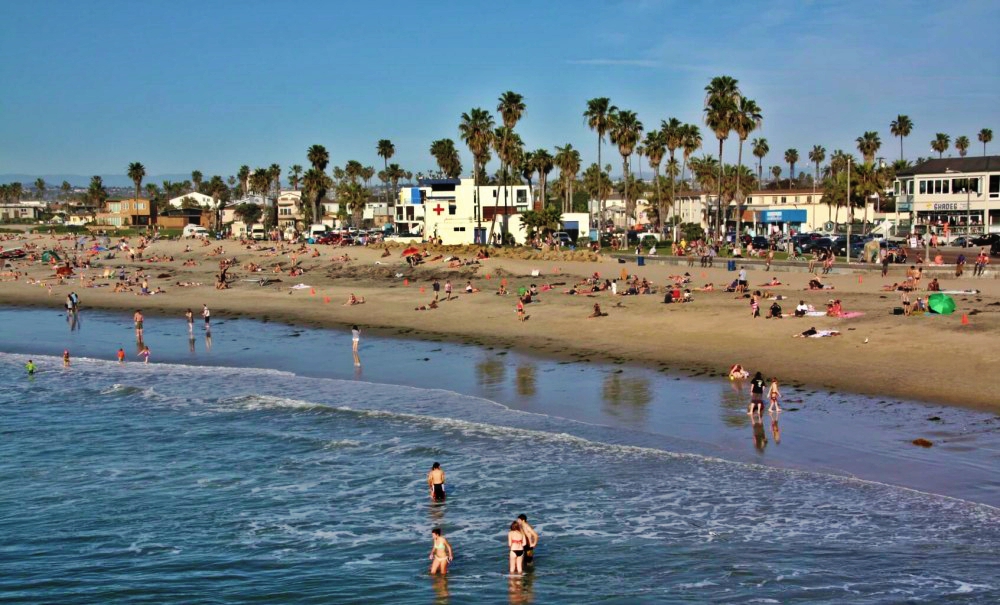 Is it any wonder San Diego keeps winning “Most Livable” award?

Natural Bridges State Beach: This is where Gildshire readers get the jump on everyone else since the masses are at the beach in front of the Santa Cruz Beach Boardwalk. There is no shame in that as the Boardwalk is one of the best attraction values in the country, but the masses are missing out on a hidden gem. 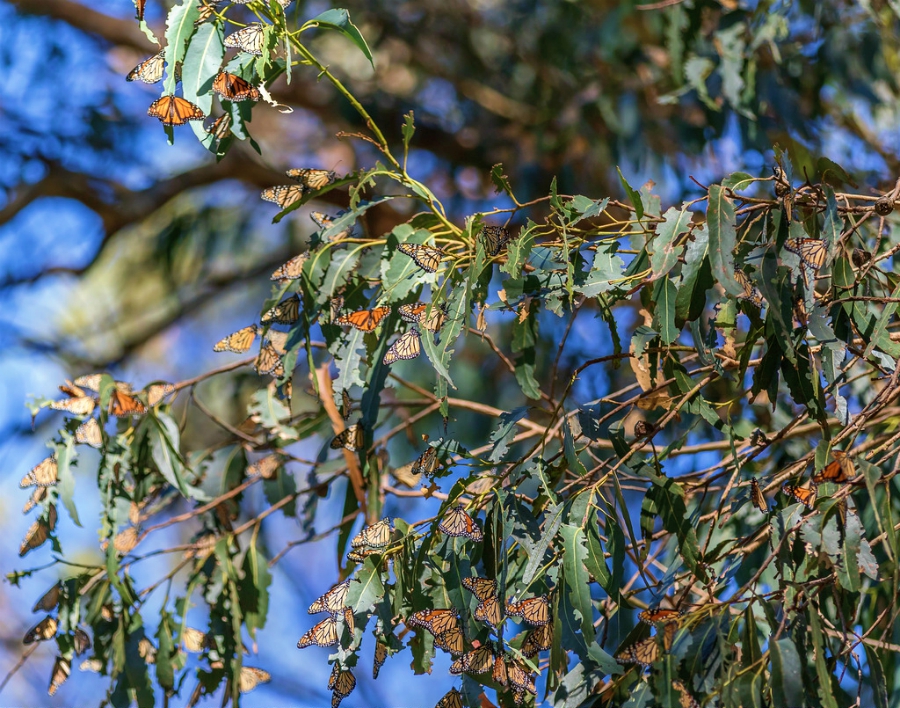 Just three miles up the coast, know that we find Natural Bridges State Beach a wonder of nature.

Depending on the time of year you choose to visit, whales, seals, and otters will swim by your secluded spot on the beach.  If you can, though, pick the Fall. That’s when thousands of Monarch butterflies roost here.

From downtown Santa Cruz take Mission St westbound, or from the Boardwalk take Beach St. northbound. Either route will take you to Delaware St. and to Natural Bridges State Beach.

Russian Gulch State Park: If you think Southern or Central California exclusively when you think of California beaches, you are disrespecting almost 400 miles of coastline. One of Northern California’s beach gems is Russian Gulch State Park in Mendocino County. The small but spectacular beach inside this state park resembles Big Sur, but the 36-foot waterfall and Devil’s Punchbowl found here resemble nothing else anywhere. Located conveniently between the towns of Fort Bragg and Mendocino, Russian Gulch should be on a shortlist for anyone who wants to visit California’s hidden gems. 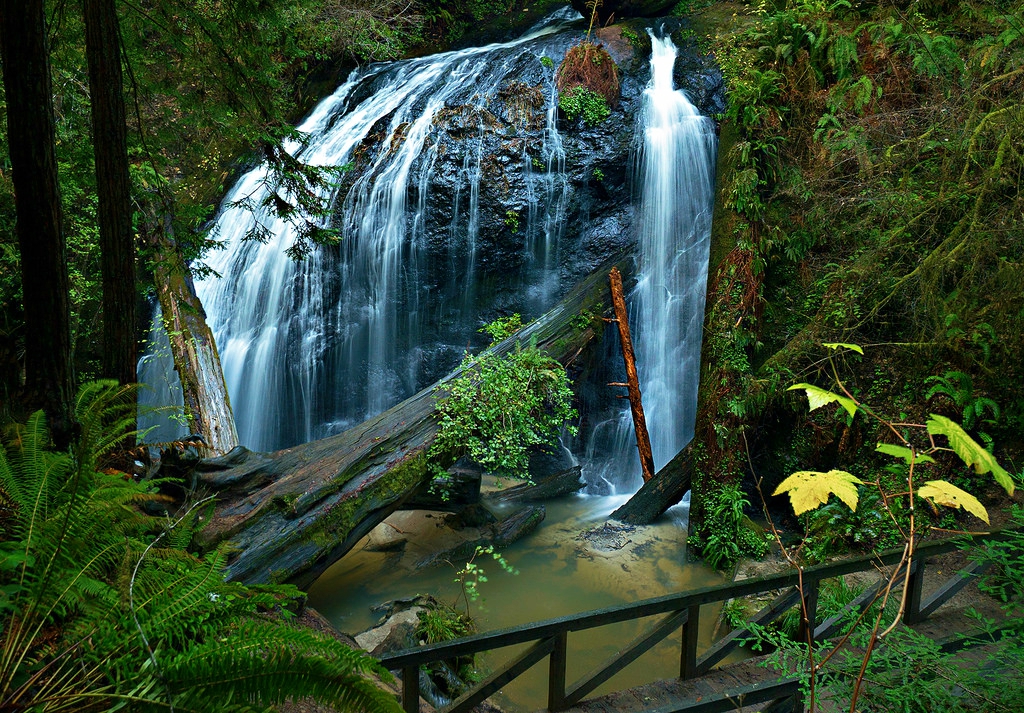 The spectacular waterfall inside Russian Gulch.

Don’t get caught up in the traffic when those poor, sunburned Phoenicians hit the road to California beaches! They’re coming under red alert, along with Coppertone they applied with a trowel.

Life scarcely gets any better than summer with good friends, good times, and the Earth’s heartbeat as heard in the pounding surf off the Pacific.