Home » Healthy Lifestyle » Coffee is an Issue: Which Side Are You On?

Of all the things about which there are to fight, when did coffee become a source of conflict? A beverage that is known to have awakened everyone from Genghis Khan to your neighbor Bob is now a talking point for talking heads. When did this happen? Who is creating the ruckus? Gildshire set out to find out why coffee is an issue?

First, who started it?

The first shot was fired by financial advisor Suze Orman. She blazed away at millennials, telling them to “stop peeing away millions of dollars.” Her point is that the youngest adult generation likes to point fingers at high-rent and student loan debt, all while spending a hundy a month on a nitro brew.

Surely, Ms. Orman wasn’t alone. It takes more than one spark to cause a conflagration.

You’re right. Soon others chimed in. Radio host Dave Ramsay claims that skipping lattes is the key to saving thousands of dollars a year.

That’s what Shark Tank’s Kevin O’Leary meant when he said, “I never buy a frape-latte-blah-blah-blah-woof-woof-woof.” Chase Bank got into the action with a meme that indicated we would all be much wealthier if we brewed coffee at home. 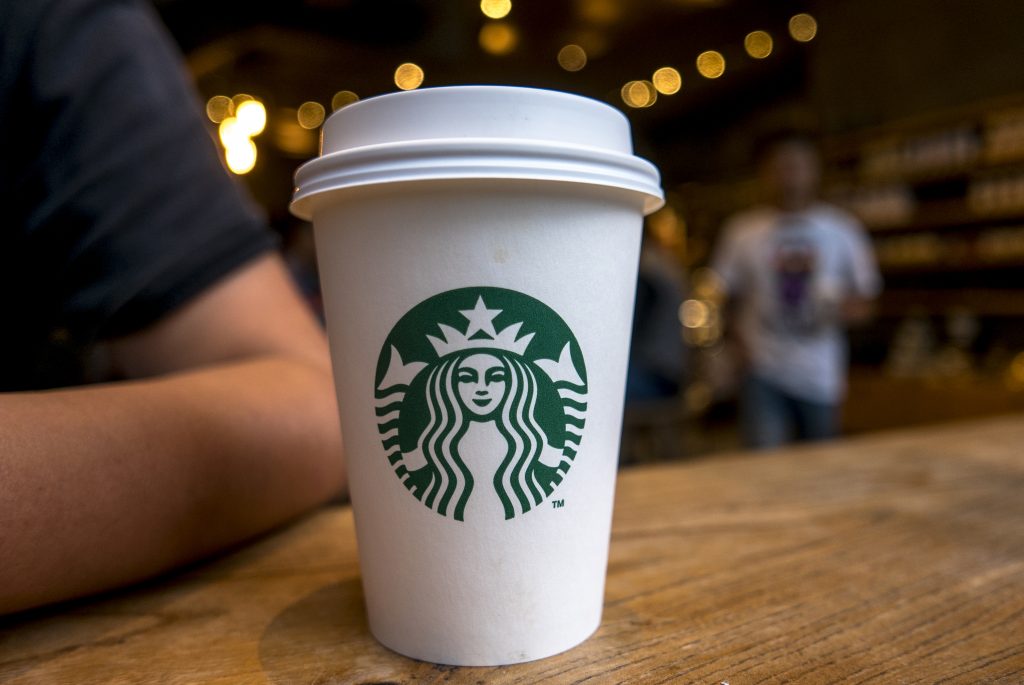 That coffee is an issue is due, in large part, to Starbucks.

The Seattle-based coffee chain owns that, because generations of Americans were used to coffee that was more or less, hot mud. The company with the mermaid in the logo introduced this country to a more European-style appreciation of coffee as a lifestyle choice. Suddenly, coffee was a beverage to be sipped over deep conversation and poppy seed scones. Gone was the harried man in the fedora, slurping a cuppa joe on his way out the door. Now, 48 years after the first Starbucks opened at Pike Street Market, the coffee wars are on! Coffee on coffee action, and designer coffee versus Folgers coffee. Coffee drinkers versus coffee abstainers. It’s an all-out free-for-all fueled by passion and no small amount of caffeine.

Is there no middle ground? Is everyone entrenched?

In a word, yes. But, that does not stop Gildshire from looking for a dove of peace. We scoured the world, looking for coffee so good it could please the discerning palate of the Starbucks drinker. The coffees listed below are reasonably priced, but they are renowned for their rich flavor notes, and the deep satisfaction experienced by the drinker.

When did coffee become an issue? Maybe the better question is, “When did it stop?” Perhaps, now. Here are some coffee brands we think could bridge the great divide. The prices are per 12-ounce cup, and all are available mail-order through Amazon.

For those who like a high-octane morning roast, Verena Street is a whole bean variety and costs just seventy-four cents a cup.

Another whole bean light roast that some tasters found milder than Verena Street, though it did score marginally lower. A cup of Cameron’s is going to set you back just eighty-five cents.

This one is a medium roast, as appropriate for an afternoon break as for a morning jolt. The distinct caramel notes distinguish this coffee, which is named after and inspired by reggae legend Bob Marley. $1.04 a cup for this one, mon.

If you are Canadian, or have Canadian friends, it is likely you already know about Tim Horton’s. A legend up north, a light roast is the favorite roast, though the medium roast has plenty of fans, as well. Eighty-three cents a cup.

We did not forget the dark roast drinkers in the crowd. Koffee Kult ranks the highest among the dark roasts and is renowned for its smooth finish and pure coffee aftertaste. Ninety-seven cents a cup.

Try one of these brews, and see how it compares to the designer coffee you love. It may not change your life, but it may change your coffee-buying bottom line. Suddenly, coffee is an issue no more!

Multi-Level Marketing Companies: Are They Legitimate?