We aren’t even going to be coy about it. The Downton Abbey movie comes out this week, and we are all a’twitter about it. Imagine, for a moment, if the great television shows of all time could be combined into one. Mad Men, Breaking Bad, and The Sopranos, to start. Now, include Friends, Seinfeld, and Run, Buddy, Run, Then, just for the pure joy of it all, add The Wire, Hill Street Blues, St. Elsewhere, and the original Twilight Zone. Now, imagine the congregation of television greatness we just formed turned into a two-hour movie that says goodbye forever to the characters. That’s the Downton Abbey movie, released this weekend. Gildshire will be there on Opening Night. We are ready for the dowager who has the best lines, cute and efficient Lady Edith, sexy, severe Lady Mary, and kind (albeit entitled) Sir Robert. Not to mention the delightful servants. Eeek!

What was that? Oh, other movies are being released this weekend? Rotten Tomatoes likes them, as well? Huh! Well, let’s take a look.

Ad Astra, rated PG-13 for some violence and bloody images, and for brief strong language.

Brad Pitt cements his legacy as one of this eras finest actors with his performance in this film. He plays an astronaut sent to the farthest reaches of the Universe to find his missing Dad. Oh, by the way, his Dad (played by the superb Tommy Lee Jones)may have something that could destroy us all. So, there is that. It costars Ruth Negga and Liv Tyler. Rotten Tomatoes 80, Gildshire 4.0.

Back for one more trip to Grisly Gulch, find John Rambo on the prowl again. This time its family (real family, not Band of Brothers type of family) that is in peril. Fill in the blank. “Kick ___ and take names, John!” It costars Paz Vega, Sergio Peris-Mencheta, Adrienna Barraza, and Sly Stallone’s dirt and blood. Rotten Tomatoes 36, Gildshire 3.1.

Zeroville, rated R for language throughout, some sexual content/nudity and brief drug use.

Sometime during the second half of “Zeroville,” one of the actresses says, “This is a very strange movie.” She could have been speaking of “Zeroville,” itself. It is difficult to make heads or tails of it at first glance. We believe it will never get any easier. Punk rock, strange tattoos, classic film, and 1969. That’s the mashup. Rotten Tomatoes hates it, but Gildshire’s mind is slightly open. It stars James Franco, Megan Fox, Seth Rogen, and Joey King. Rotten Tomatoes 20, Gildshire 3.6.

Telling the stylized story of an infamous Italian Head of State, this is an ambitious effort that, occasionally, finds its mark. It is about a man, the corrupting power of power and how people fall in line or fall. It stars Tony Servillo, Elena Sofia Ricci, Riccardo Scamarcio, and Kasia Smutniak. Rotten Tomatoes 80, Gildshire 4.5. 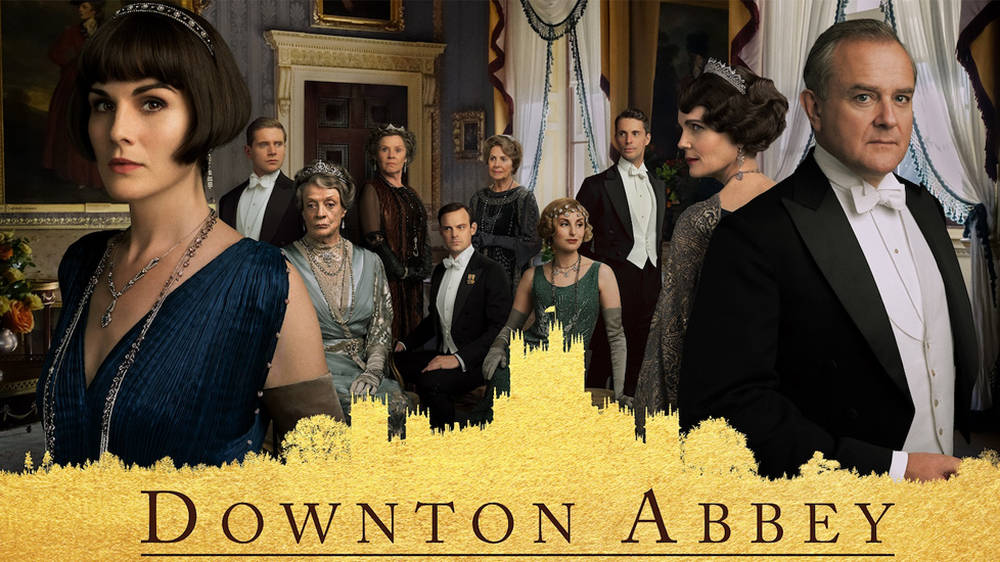 The Downton Abbey Movie is the Movie of the Fortnight through divine right and acclamation.

Don’t even consider the idea of not seeing this movie. Downton Abbey is the movie of several fortnights, and it behooves you to attend as soon as humanly possible. It stars Hugh Bonneville, Laura Carmichael, Jim Carter, and Michelle Dockery. Rotten Tomatoes 85, Gildshire 11.0.

That’s it for this week. Now, I must unearth my cravat, because the royals may be coming to call.