January turns to February and the gardener begins to get a faint smell in her nostrils. While much of the country is still trapped in winter’s chill, the sun is beginning to peek through the gray clouds. In some parts of the country, February is the last of the frost months. Other parts of the U.S. will wait until March, or even April before the singing of the frogs signal the end of the frost. Today, Gildshire Magazines’ Home and Garden look at February gardening across the spectrum of hardiness zones. Grab your boots and let’s take a walk outside! Please note, the cities and towns listed are examples of places in the particular zones. Check the USDA Plant Hardiness Map for your zone. 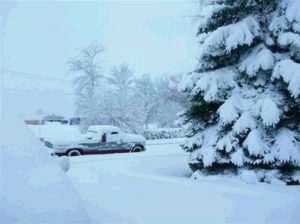 We get the picture, International Falls. February gardening is an indoor thing for you.

Zone Three (International Falls, Minnesota). If you are Zone Three and read the intro about sun and frogs, you likely want to crack your laptop over my head. At 3:04 pm this afternoon, the temperature in International Falls is 3! With a -6 wind chill! Singing frogs, indeed! Not to worry, my chilly gardening friend. Your gardening tasks are preparatory…and inside. Your local gardening center may have a good winter sale. February is a good time to replace cracked pots and other hardware. If you stored bulbs, this is a good time to check them for deterioration. If they don’t appear healthy, discard them.

Zone Four (Laramie, Wyoming). Zone Four gardeners will do most of their February work inside as well, but with one exception. Pick one day to prune dead or damaged branches from fruit trees, brambles, and shrubs. Other than that, this is a good month to start slow-growing pansies, onions, leeks, and celery under grow lights indoors. Leaf lettuce is another edible crop that can get started inside and be transplanted outdoors later in the spring.

Zone Five (Peoria, Illinois). Zone Five gardeners are the first on our list to see early signs of spring, but only the very earliest. Today’s Peoria weather calls for cold temperatures, but highs will be near 40 by Valentine’s Day. That said, subjecting your green babies to the outdoors too early in the year will lead to gardener’s remorse. Start seeds of lettuce, celery, onions, leeks, and early tomatoes indoors under lights. Also, consider bringing geraniums out of storage. Cut them back by half, water well, and set them in a bright, cool window. 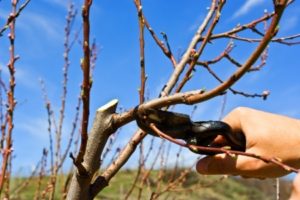 Zone Six (Lexington, Kentucky). Zone Sixers get to go outside, albeit with jackets. Temperatures in Lexington should reach the high-50s by the end of the week. (My friends in International Falls just said, “Jackets? The high 50s? We call that bikini weather.”) At any rate, February gardening in Zone Six includes sharpening those pruning shears and using them to prune back fruit trees, grapevines, and late summer–blooming shrubs. Near the end of February (think President’s Day weekend) start seeds of broccoli, cabbage, cauliflower, and Brussels sprouts indoors under lights.

Zone Seven (Oklahoma City, Oklahoma). This is the first hardiness zone that allows gardeners to really get after it outside in February. Keep a close watch from inside, though. That’s your window seat for the action. When you see the first crocus open, consider it time to set out transplants of lettuce, cabbages, and onions. However, don’t forget to cover them on cold nights. In the garden, sow seeds of radishes and cold-hardy lettuces. Remember that adolescent lettuce survives cold weather better than mature lettuce. Plan to harvest while tender and young. Enjoy yourself, for sure, but don’t forget that there will be cold nights ahead. 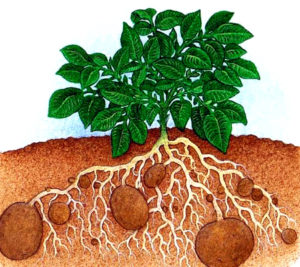 Zone Eight (Dallas, Texas). February gardening is a Zone Eight all-inclusive playground beginning this month. The weather this weekend will be in the mid-60s for some of you Zone Eight types. It’s time to feed that soil by applying compost to plantings throughout your landscape, Trees, shrubs, lawn, and all garden beds will benefit from a good composting. Toward the mid-to-late part of February, plant potatoes four-inch deep as long as the soil is warm to the touch. Valentine’s Day is a day for roses. Not buying them, silly! They cost a fortune that day. Plant roses on Valentine’s Day! This is the month when smart Zone Eight types plant hollyhock and edging lobelia.

Zone Nine (Napa, California). Wine Country is known for its varietals and Chardonnays, but flower and edible gardens grow particularly well in the same soil that produces a piquant pinot noir. In fact, some of the country’s most-lush gardens are found in Zone Nine. This month, plant perennials, bare-root roses, trees, shrubs, and vines. As hard as it is to believe, next month may be too hot! Plant Iceland poppies, calendulas, foxglove, and primroses in flowerbeds. Nearby, plant dahlia bulbs and begonia tubers. 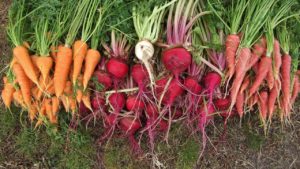 Plant now Zone Ten, and this is your harvest in a few short months.

Zone Ten (St. Petersburg, Florida). The Garden of Eden never had it any better than February gardening in Zone Ten. Where to start? Plant seeds of corn and cucumbers in the garden, but be prepared to protect them from a surprise frost. There shouldn’t be any more frost episodes, but better safe than sorry. Set out transplants of hot peppers, but be prepared to protect them from intense sunlight. Plant fast-growing varieties of beets, carrots, and radishes so you can harvest a crop before the real heat sets in. Start southern favorites, such as okra, southern peas, and sweet potatoes. Mostly enjoy living in the part of the country that welcomes spring first.

That’s our to-do list for February. We’ll be back in March for more ideas and fun together as we garden through the calendar.