Can this real-life race scene from the Isle of Man be recreated in game play?

Anyone who has played more than a few video games knows about the famous driving games. Grand Theft Auto, the Gran Turismo series, Cruis’n USA, and Burnout are some of them, but there are many more. What do they all have in common? Fast action, colorful graphics, noise and four smoking tires. However, what about gamers who want to play with two-wheeled rides? Where are the iconic motorcycle video games? Well, BigBen Interactive means to do something about the gap, and Gildshire wants to learn more. What we found out made our heads turn. This isn’t about a short-track somewhere in Nebraska. BigBen is bringing the Isle of Man course to PC, PlayStation 4, and Xbox One! 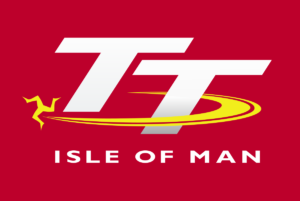 In the world of motorsports, the Isle of Man is legendary. That’s especially true for those who prefer their racing on two wheels. Those folks flock to the tiny island every June for the most challenging on-road motorcycle race on Earth, known as The Isle of Man TT. A precious few people have ever run this amazing course, but the U.K. game developer is bringing the experience to sim bike racers, with its new title, TT Isle of Man: Ride on the Edge.

The Isle of Man motorcycle racing project offers some unique challenges. The unique synergistic relationship of the rider to the machine is harder to bring to a video game than, for example, the view behind the wheel of a car. Experienced gamers (and experienced riders) are going to know if the movement is off, or the point of view gets skittish. Is that the only difficult challenge? Well, not exactly, as there is one more thing. Did we mention that the course is 40 MILES LONG? Kudos to the game developer for dreaming this up, much less getting it to the game screen.

BigBen Interactive partnered with the island government in a conscious effort to recreate the full course as accurately as possible. That’s important, but there is more to making this game work than scenery. Nailing real-world physics to motorcycle games is notoriously difficult. In the past, sketchy rider movement has been a problem.

Will this game be a go-to, not only for bikers but car-game lovers, as well? That’s the question facing BigBen. However, if one course above all others is to work, The Isle of Man may be the one.