Gildshire Goes to the Movies: Nov.30-Dec.2

Howzit, everyone? Welcome to another edition of the renowned Gildshire Goes to the Movies: Nov.30-Dec.2, the leading online movie previewer for over a year. This week’s new releases include several under-the-radar treats for people willing to seek them out at art houses and indie theaters. Are you one of them? Yes, us too. Gildshire Goes to the Movies: Nov.30-Dec.2 loves a good indie flick almost as we always loved Flicks. Let’s get to it.

Mowgli: Legend of the Jungle 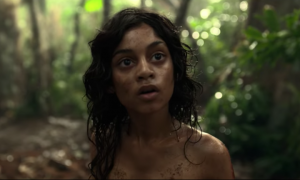 Rated PG-13 for intense sequences of action violence including bloody images, and some thematic elements. There has been a backlash lately against The House of Mouse for its sanitized treatment of nuanced stories. Among the stories backlashed against Disney is The Jungle Book, so this movie takes a darker look at the old story with some mixed results according to those who have digested it. The images don’t have the feel-good glow that Disney’s did. Whether that is a good or bad thing is up to you. It stars the voice talents of Rohan Chand, Andy Serkis, Cate Blanchett, and Benedict Cumberbatch. Rotten Tomatoes 42, Gildshire 3.5.

Anna and the Apocalypse 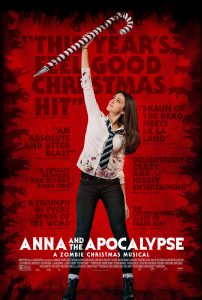 Rated PG for thematic elements including some scary images. Fathom Events puts together some of the most intriguing theatrical experiences, but most of them are a live-action look back in cinematic time. Mirai is neither live-action nor a look back. Instead, it is a combination animation and anime that becomes a thoroughly engrossing tale of sibling jealousy and personal growth. This movie makes just three appearances, so contact fathomevents,com for times and places in your area. It stars the voice artistry of Haru Kuroke as Mirai-Chan, Moka Kamishiraishi as Kun-Chan, Gen Oshino as Otosan, and Koji Yakusho as Jiiji.  Rotten Tomatoes 93, Gildshire 3.9. 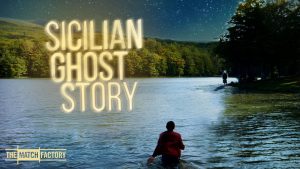 Gildshire Goes to the Movies: Nov.30-Dec.2 Movie of the Fortnight.

Not rated. Some of the best movies are the ones that don’t neatly fit into genres. Such is the case with Sicilian Ghost Story, a tale that is at once enchanting, beguiling, and chilling. Giuseppe vanishes, and his classmate who is crushing on him refuses to accept the fact that he has disappeared. Her rebellion against the code of silence in her community and her dogged attempts to find him make this a story to see, and also the winner of the Gildshire Goes to the Movies: Nov. 30-Dec. 2 Movie of the Fortnight Award winner. It stars Julia Jedlikowska as Luna, Gaetano Fernandez as Guiseppe, Corinne Musilari as Loredana, and Andrea Falzone as Nino. Rotten Tomatoes 92, Gildshire 4.0.

That’s it for your favorite Gildshire movie article, but if you go to the movies this weekend, be sure your date is neither a 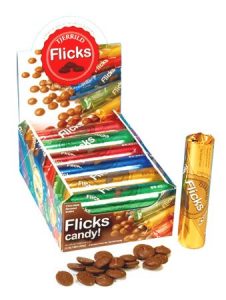 Who is up for some chocolate-ish candy? Gildshire Goes to the Movies: Nov.30-Dec.2 is, for sure.

zombie nor a monster. We think that is the least you can do for your mother. Until next time, enjoy your caramel popcorn and your Milk Duds. If your theater still sells Flicks, don’t ever let them close the doors on that gem, because it is a keeper for all time.

There will be two “Goes to the Movies” entries in the next three weeks. There will be the normal one in two weeks, to be followed by our annual “What Three Movies is Gildshire Seeing Christmas Day” entry the week after that. Until then, all the trailers your theater cares to show are for you.