Television network executives know how to make people pay attention to them when they talk. From five-story parties and champagne fountains to appearances by the 2016 Gold Medal-winning Women’s U.S. Hockey Team, the lineup announcements, known as “Upfront Week” just get better and better. This year, Gildshire’s Lev Radin was in on the action. That gave us a front seat and a heads up for Gildshire’s Fall Television Extravaganza. Are the shows you love still on the schedule? What about the ones you have always meant to watch? Is that silly show your spouse likes still on the schedule? You can’t believe it if it is. We have everything you need to know, in this, part one of our seven-part series.

First, though, remove your hats, as we remember the shows that were cast into the foggy night of cancellation. Cue “Taps.” 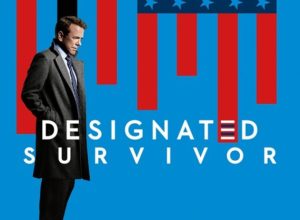 ABC: Expected cancellation: The Toy Box: This was billed as “the ultimate toy-competition series, providing talented designers with the chance of a lifetime – an opportunity to bring their toy concept to life with industry-giant Mattel and to the shelves of Toys”R”Us” Failing ratings (and the demise of Toys R Us) doomed this one.

Surprise cancellation: Designated Survivor: An interesting concept turned into a standard-brand chase thriller. Gildshire’s Fall Television Extravaganza thought another season was on the horizon. Crumbs for a Devoted Following: Both Scandal and Once Upon a Time get final seasons to wrap up storylines.

CBS: Expected cancellation: Living Biblically: Based on the book of the same name, this show never found its voice. The weird laugh track didn’t do it any favors. Walking the line between sitcom and morality play is not easy. Surprise cancellation: Kevin Can Wait: There was familiar star-power behind this one and the latest ratings showed that almost 6.4 million people watched the latest episode. We expected that to be enough to bring the sixth-highest rated CBS show back. Crumbs for a Devoted Following: None. 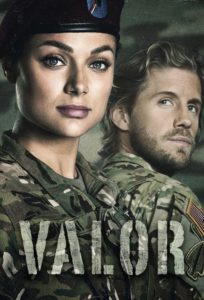 Valor had devotees, but too few of them.

The CW: Expected Cancellation: Life Sentence: This was the weirdest show on TV this season. That says a lot given the landscape strewn with misfires. The now she is/now she isn’t sick and dying premise was hard enough to swallow. But the unpleasant ramifications of “live like you were dying” left watchers uncomfortable.  The bottom-rated show on a bottom-rating network is going to take a fall, and we don’t mean autumn renewal. Surprise cancellation: Valor: This shows viewership, almost a million strong, was better than four renewed CW shows. Yet, it got the ax. Declining ratings and all, but Valor’s death surprised us. Crumbs for a Devoted Following: None.

Fox: Expected Cancellation: The Mick: This show had some undeniably brilliant moments, but it had too many uncomfortable ones. Seen as a throwback to the days when TV glorified alcoholism, that probably doomed it, barring a rating explosion. Surprise cancellation: Brooklyn Nine-Nine’s cancellation so enraged its fans that the show resurfaced for next season at NBC. Crumbs for a Devoted Following: The X-Files will be one final lap around the conspiracy theories for Mulder and Scully. 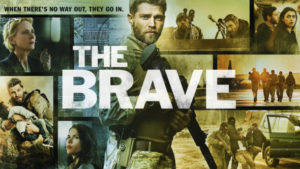 NBC: Expected Cancellation: Taken: This prequel of the movies starring Liam Neeson had none of his cachets. We were shocked that this show survived the first round of cuts in April. Surprise cancellation: The Brave: It is one show we predicted would find success in these hyper-militarized times. Its ratings ranged from meh to not good. That was enough to do it in. Crumbs for a Devoted Following: Shades of Blue will have an honorable sendoff.

That’s the first of Gildshire’s Fall Television Extravaganza series. Raise a glass to the departed and prepare to join us tomorrow as we break down the new season night-by-night. Join us for Monday…on Tuesday.

The Latest Wedding Trends for 2018