What personality traits you should have to hit the gym three times a week as you planned? When we want to get healthier, we waste our time waiting for the right moment. We might wait for inspiration or for a milestone such as a birthday or New Year, however, when starting an exercise routine, all you need is a plan.

According to a new study recently published in the Psychological Science, people who are more prone to plan are more likely to engage in regular exercise. People who make concrete plans are more likely to have long-term goals than those who don’t plan but wait for the perfect moment.

The relationship between personality type and exercise

We all met those people who seem to be super-organized and check things from their to-do list with ease. People who are high in conscientiousness tend to engage themselves in healthier behavior even when they don’t know the answer to the question of why they are doing it? Conscientious people tend to be high in self-control. The team of researchers decided to focus on a sub-group of conscientious people who are prone to planning.

They spend 20 weeks analyzing gym attendance from 282 participants. All participants wrote their exercise plans in advance and they completed a survey on grit, self-control, planning and personality traits. Researchers closely monitored how often participants of the study checked in and measured their visits with survey responses. 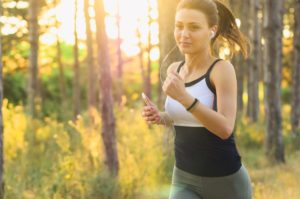 Mostly, all participants would go to the gym less as time went by but those who liked planning went more often than anyone else in the group. Those participants rated themselves higher on statements such as “developing a clear plan when I have a goal is important to me.” Researchers didn’t find a connection between exercising and the detail of plans.

“It seems logical that people who are successful with their goals would be able to write in detail about their planning process. We were surprised, then, to find no relationship between people’s goal pursuit behavior and how they wrote about their goals.”

Writing down goals could be enough. Detailed planning and writing down each part of your plan seems not to be that important.

Planning your workout when you are not naturally prone to planning can be difficult since it means that you have to change a part of your personality and that’s another goal to achieve. People who like to plan have three strategies that can help you develop the habit of planning:

You have an idea of working out regularly, you need to put that idea into decisions and specific behaviors. An idea on its own is not enough. Changing your behavior such as going to the gym three times a week requires some type of mental flexibility.

We start with small goals while having a big plan in our minds. You check small goals off your list and move forward towards a bigger goal.

Those who are looking ahead are more likely to delay gratification and make sacrifices to achieve a long-term goal.

According to researchers these are the key strategies that you need to set up achievable goals, monitor your progress and achieve your goal. Working out is not something that will happen when you find the time, or when inspiration strikes. Working out and staying healthy should be a long-term goal and each time you go to the gym that’s a small step that you are making to move forward towards a bigger goal.

You can become a planner and you should because those planning skills can help you achieve any goal you might have.