Having a Bad Boss Can Help You Become a Good Boss

If you have a bad boss, you are not alone. Bad bosses are everywhere and they are the subjects of so many movies, from “Horrible Bosses” to “The Devil Wears Prada.” Bosses are often people who decide if we are going to be promoted, demoted or even fired. So, you can try to avoid communicating too much at work with bad bosses especially if you need that job. Have you ever thought about what type of boss you would be if you had the chance? Or if you are a boss, do you ever think of what kind of boss you are? Are you sure you wouldn’t become a bad boss or that you are not one already? How to avoid becoming a bad boss?

Some researchers have suggested that a bad boss has a “trickle-down” effect of abuse in a company. If a manager is hostile to employers, ridiculing them and putting them down in front of others, their subordinates will probably treat the other employees the same. The same refers to children of abusive parents. There is a great chance that those who’ve been abused as children will abuse others when they get older. Of course, this rule has many exceptions. We mimic the behavior that we see from our parents and from people who we perceive as successful.

Still, as abusive behavior is not always passed from parents to children, managers have less influence on well-formed adults. According to a new study published in the Journal of Applied Psychology, abusive behavior in a company can trickle down through all positions within a company but abusive bosses can also inspire employees to learn from other people’s mistakes and become a boss who has ethical leadership, who encourages ethical behavior throughout a company while discussing any ethical issues openly in a company. 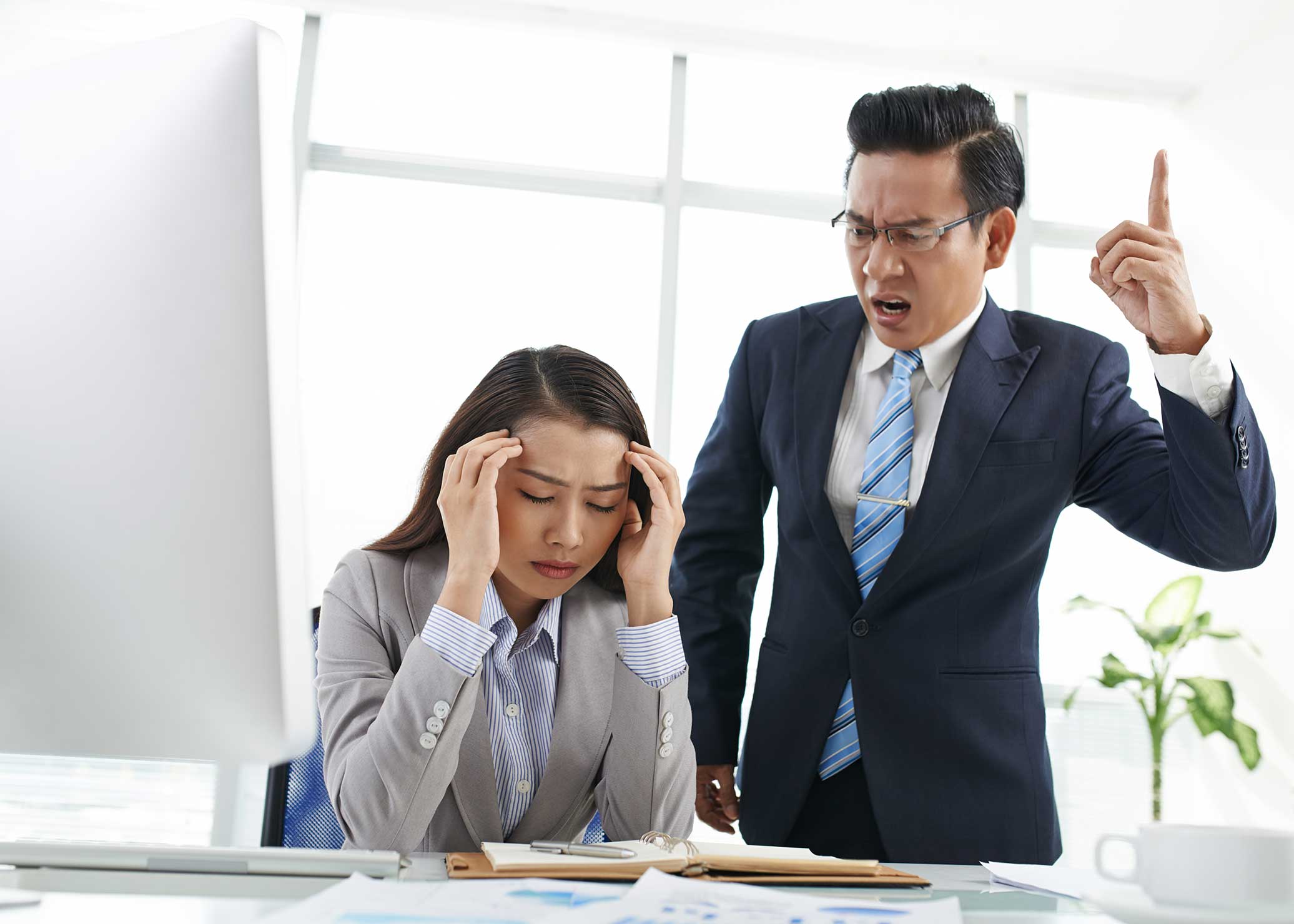 Having a Bad Boss Can Help You Become a Good Boss

In the study, participants were asked to imagine themselves in a hypothetical situation in the workplace. Researchers have found that people who had abusive bosses in a hypothetical situation tended to treat others differently if they were in a position of decision-making as a boss. Participants also answered questions about their moral identity and found that people who had strong values and who were compassionate, fair and honest were less likely to follow their abusive boss’ patterns.

Researchers also surveyed people in real workplaces (not only hypothetical ones). They found that if an employee had a strong moral identity, they were less likely to identify and adopt behavior from an abusive boss. Moreover, they were more likely to demonstrate and adopt more ethical leadership.

The abusive boss can encourage those with a strong moral compasses to behave even more ethically than they would without the experience of having a bad boss. A lead author of the study, Shannon Taylor said in a statement:

“The lesson here isn’t to hire more abusive managers … but to try to encourage people who have been abused, among other things, to say, ‘Look, I’m not like my boss. You can take a stand — not just by reporting the bad behavior, but by actively rejecting this abusive leadership style.”

In conclusion, those who had the experience of the additional stress that a bad boss can bring are more likely to be compassionate and strong leaders who don’t lose their moral compass when under stress and tight deadlines.

Do You Have to Sacrifice Pleasure to Maintain Self-Control?